All you need to do to enter, is sign up to the Men's Health newsletter

Have you heard about #MHBeastMode? It’s our annual competition where we find SA’s best body-weight athletes and you vote for your favourite.  Click here for all the info on the comp.

Men’s Health have partnered with Shower to Shower Men for this inspirational competition, and to celebrate this partnership and the unveiling of bold, fresh new packaging for both their aerosols and roll-ons, as well as improved product and fragrance formulation, the folks at Shower to Shower are giving away SEVEN hampers! 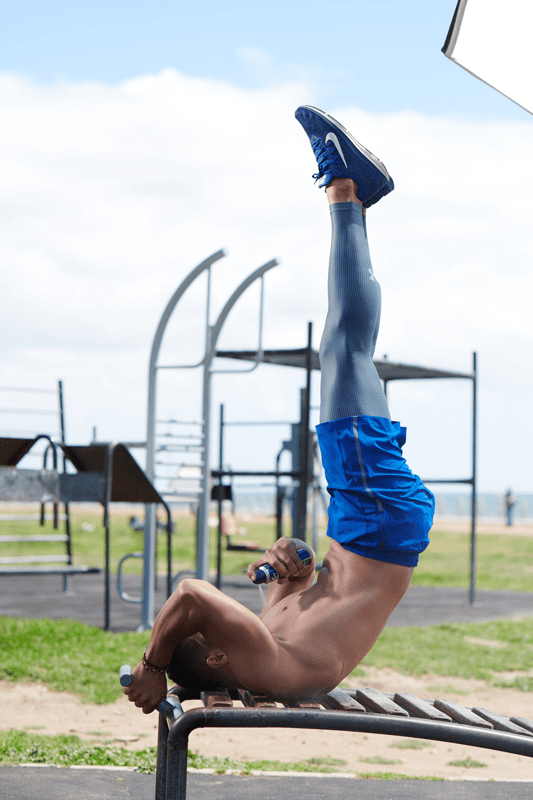 We’re getting busier, but time isn’t moving any slower. We’re trying to fit more activities than ever before into the same amount of daylight hours; gym, work, meetings, touch rugby practice and dinner with friends. What if there was a product that could keep up with our active, busy and stressful lives?

The verdict is in!

Shower to Shower Men’s recent independent research study, comprising 150 aerosol users, described the brand’s new look as innovative and exciting. It also revealed that the redesign was not just preferred by current Shower to Shower users, but also by those of two leading competitors.

Packaging can only get a product so far though, and Shower to Shower Men understands this. “What’s the use of beautiful packaging if the product doesn’t deliver on what it promises?” asks Claire Bowen, Shower to Shower brand manager. “We’ve made sure our fragrances deliver on the fresh expectations our innovative new look creates and, we’re glad to report that when tested against leading industry benchmarks, our fragrances and efficacy passed with flying colours.”

No excuses for extreme freshness

The brand’s new positioning is spot-on for the modern, healthy and wellness conscious South African man. While conveying a strong functional message regarding the superior efficacy of Shower to Shower Men, it also talks to a man’s need to excel and push himself further, whether it be in his career, on the sports field or in his personal life.

“It goes without saying that freshness should be the last thing you worry about when you walk out the door in the morning. We’re bringing this message across in a big way with our #noexcuses approach to extreme freshness.”

Shower to Shower will put in the hard work for you, so your freshness can be the last thing you need to think about, and the first thing people notice.

You’ll find Shower to Shower Men’s fresh new product offering in most major retailer’s shelves now at R27.99 for a spray and R17.99 for roll-on.

All you have to do to be in the draw to WIN 1 of 7 Shower to Shower hampers is to sign up to the MH newsletter below!

[Our newsletters are sent three times a week; Mondays, Wednesdays and Fridays]

Enter Your Email Address To Up Below!

TERMS & CONDITIONS: *This competition closes at midnight on 17 April 2020. Winners will be chosen by means of a random-number generator from our newsletter database and prizes are limited to seven winners only. No correspondence will be entered into. Prizes are not transferable and may not be converted into cash. If email addresses are provided, you may receive promotional information from Media24 and/or competition sponsor. Winners will be notified by telephone or email, and will forfeit prize if unreachable or if prize is not claimed within four weeks of notification.