Waking Up With Diabetes Changed This Man’s Life

When Charl woke up overweight in a hospital after being diagnosed with diabetes, he did not stay down for the count. Here's his journey to six-pack stardom.

Charl Stander sat up in a hospital room, the walls around him lost colour every time he blinked. Heavily sedated, he was in the worst shape of his life. In June 2014, after being diagnosed with Diabetes Type 2, the car salesman from Port Elizabeth was in disbelief. “Can’t they just give me a pill?” he wondered. Unfortunately, that was not the case. 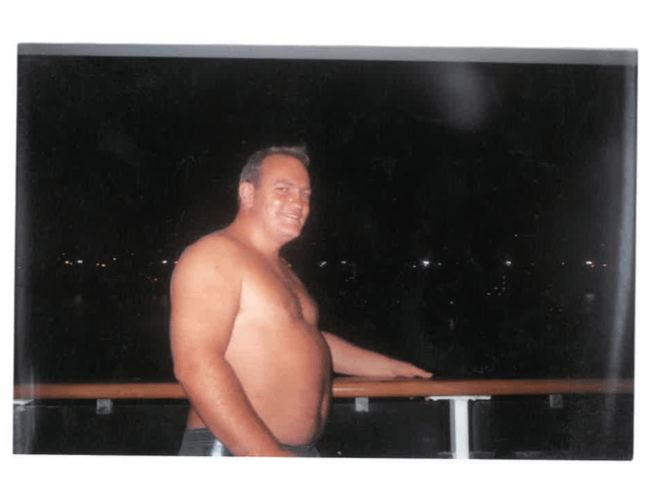 But Charl was not staying down for the count. Two days later, he had the sudden realisation: even though his pancreas wasn’t releasing insulin anymore, his life wasn’t over. This was a fight he couldn’t give up on. He had a responsibility as a husband and a father of four, and it was just the beginning.

“I got up from my hospital bed, signed myself out and made the first step to changing my life. On that day, I had already mentally beaten diabetes.” Now it was just a matter of achieving his physical goal of taking his 144kg weight back to two digits.

Related: 5 Bedtime Beverages That Will Help You Lose Weight

He bought himself a rowing machine. But the early stages of this journey was not going to be easy. “I’ll never forget—I rowed for a single minute before stopping—I was too exhausted to climb off the machine. I had my children help me get back on my feet after ten minutes of rest,” he recalls.

Over the next four years, Charl (44) adapted his daily routine to better himself both mentally and physically. He cut down on carbs and sugars and started working out in the home of his beloved car – the garage.

Related: This Guy Shed 50kg Of Fat And Beat Diabetes

“Yes, there’s plenty of help available for diabetics, but the main ingredient for living with it? Discipline. I’ve been working out in my garage for the past five years. Every morning I wake up at 4am—I then have my insulin injections—before hitting the garage (gym) at 5am. I then leave for work at 6:30am.

“Be what you choose to be. I sure did – without the help of a pancreas.”

“I do not have a trainer or dietitian, except for my wife, who prepares low-carb meals. A good mindset is key to everything. I believe that every individual should take responsibility for his/her life and choose to win every day. Before you start with meal and exercise plans and seek professional help, you should be mentally strong.” 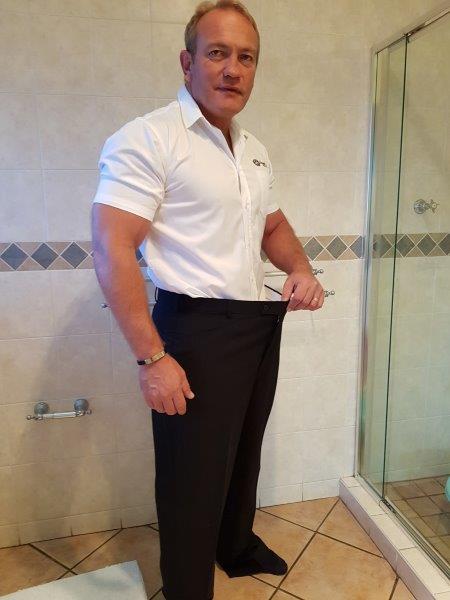 Charl managed to shed an impressive 45kgs since diagnosis and now weighs 99kgs, but even though he made it below 100 on the scale, he sticks to his fitness regimen with maximum effort. He’s also developed a rock-hard resistance to negative energy and looks to inspire others to do the same.

“The ultimate secret to success is a strong mental attitude. One should refuse the invite to the pity party and avoid feeling sorry for yourself. Sure, it’s tough when you’re at a get-together with an enticing buffet, but you have to push through.”

Related: This Man’s Transformation Story Proves Weight Loss Is All About Discipline

Sporting a chiseled six-pack, the now 44-year-old has proved that you can be fit at any age. “Negativity and hate won’t stop, no matter what you look like,” he says. “Do not let the opinions of others determine who you are. Be what you choose to be. I sure did–without the help of a pancreas.”