Check Out How This Guy Lost 53kgs By Taking Up Running

Douw Prinsloo lost 53kg by overhauling his diet and tying the laces of his running shoes. 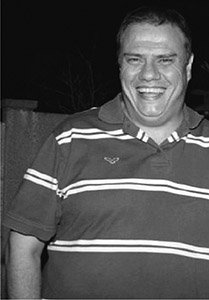 Douw knew his diet was unhealthy and his lifestyle would not stand the test of time. So finally after years of hiding behind his fat, he grabbed a pair of running shoes and hit the road running to a new diet, a new lifestyle and an impressive weight loss goal

Related: 20 Simple Steps To Forge The Willpower You Need To Lose Weight & Get Fit

The Gain
I was still healthy when I left school and during my two years of military service – but then I let it all go. I used my fat as a defence mechanism and my diet was very unhealthy. Instead of dealing with the issues, I hid behind a layer of fat.

Related: This Man Lost Over 90 kgs in Order to Join the Army

The Change
One morning I woke up and decided that enough was enough. I weighed 133kg, I was uncomfortable, miserable, always sick and, in truth, an unpleasant, unhappy person. I drove to the gym where I was paying for membership, but never used the facilities. I spoke to a personal trainer and we started the next day.

The Strategy
I worked with my personal trainer three times a week but I was in the gym five times a week. I changed my eating habits, avoided the work cafeteria and packed my own lunchboxes filled with homemade foods and healthy snacks. The idea was not to go hungry and eat more often. I used to attack the fridge and eat unhealthy stuff when I got home – it was a bad habit I had to break. I also stayed away from sugar and fizzy drinks. It’s also important to reward yourself when you reach your goals. My goal was to get myself below 100kg first, and the reward? A tandem skydive at Wonderboom airport. To do that you need to weigh below 95kg. I did this jump one day before my 41st birthday in 2009: I weighed 93kg. From then on, the journey continued, but with one essential difference: it became easier. In January 2011, I ran my first 5km race and since then I’ve never stopped running. I’ve done well over 140 races, including 51 half marathons, 14 marathons and five ultra marathons and the biggest one: Comrades (I got a bronze medal and finished in 10h57). Throughout this, my friends, family and running mates stood by me and the Vitality wellness programme provided me with tools to keep me going.

Related: From Zero To Comrades Hero In 8 Months

The Reward
Even though it’s taken me over a year to shake off the excess weight and to become fitter and leaner, I’m still going strong.

The Result
This whole process has made me a stronger person and now I inspire other people to live healthier lives. My total weight loss is 53kg and my waist dropped from a size 46 to 34. See more of my story at myownjourney.co.za.