How These Three Guys Lost 23KG And Got Fit

One simple rule: no excuses. That’s all it takes to join the Transform Club.

The situation: Hundreds of Men’s Health readers applied to be part of the Transform Club in 2017. We picked five guys to get free personal training and professional nutrition advice for four months. The catch? They had to commit to transforming their lifestyles from fat to fit, in four months flat. These guys all have careers, families and responsibilities – and not many spare hours in a day. But they made it work, and you can too. 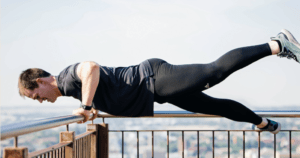 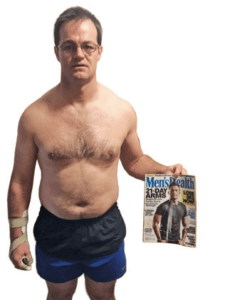 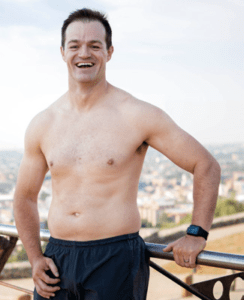 The motivation: In his prime, Martin was a track and field athlete. But four months ago, he weighed a heavy 103.5kg and couldn’t walk up stairs without running out of breath. The irony? Martin lectures cardiovascular physiology and skeletal muscle physiology to Health Sciences students at the University of the Free State. It’s his job to teach students about health, and he knew it was time he practised what he preached, “I want my wife and my students to see that I don’t only talk big; I walk in the footsteps of my words, and I hold myself accountable.”

Martin was unfit, overweight, and felt awkward in his own pants. But worse, his family had a history of cardiovascular disease. And even worse: “I’d set quite a few life goals which I had not achieved. I was a really frustrated person – I chose to take control.” He set his mind to getting fit, hoping that achieving one important goal would cause a powerful ripple effect of change.

The method: Martin teamed up with personal trainer and athletics coach Johan Zwiegers at Virgin Active. He was off to a rocky start, breaking a bone in his right hand before the challenge even began. “I spoke to Johan, and we came up with a plan.” The pair focused on running, with the hopes of getting Martin into veteran’s athletics. “My personal goal was to run a Parkrun in under 25 minutes,” says Martin. “On the last Saturday of the challenge, I ran my personal best of 26:48. I started off with a 33-minute time.”

The payoff: Martin dropped 11.4% body fat. He also ramped up his mobility, and went from dreading running to relishing time on the tarmac. Throughout the challenge, he focused on functional improvement rather than aesthetics, because, for a scientist, performance is much more objective and measurable than attractiveness – and because “people are never really happy with what they see in a mirror anyway”, he adds. His biggest epiphany: working out first thing in the morning. Martin starts his day off with a sense of energy and accomplishment. “My efficiency at work has improved; I can tick off a lot more of my tasks in a day.” The challenge has also brought him closer to his wife, a fitness instructor at Virgin Active. Every Sunday the couple stocks up on healthy foods. She’s also his cheerleader in the gym, joining him for sessions and supporting him when the going gets tough.

Related: This Man Used CrossFit To Transform His Body And Lost 24KG, Here’s How 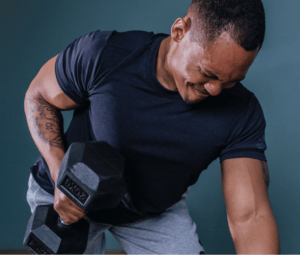 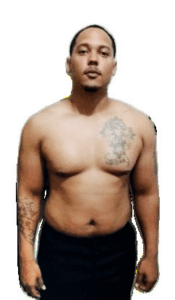 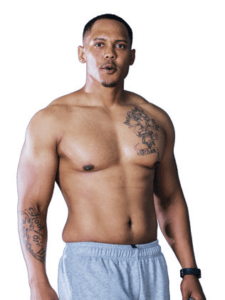 The situation: Levi is getting married this month, and he’s determined to look like his fiancée’s wildest dreams when she sees him in his suit. But the year began traumatically for the couple. “I found out in January this year that my wife-to-be has a hole in her heart,” Levi said. “I was put into serious depression mode. I stopped training, and started eating very unhealthily. I was not sleeping enough. I hit 103kg.” He knew he needed some serious help if he was going to slim down and muscle up for his wedding day.

“I have struggled most of my life with my weight, and as a kid I was fat,” Levi says. “I don’t want to look at my wedding pictures 10 years later, saying, I’m the fat guy.” His fiancee had surgery to repair the hole, and with her heart healthy, Levi had his sights set firmly on losing fat and getting ripped for the wedding. “The main motivation is my Magic Mike routine I have planned for my wife on our wedding day,” he says. “I can’t be fat and sexy. That just won’t work!”

The method: Levi paired up with trainer Kenneth Modimola at Srix Zone gym. He trained six to seven days a week, for two hours at a time. Levi was already packing some muscle, so the focus was to build on this muscle mass while stripping away some of the extra fat. Kenneth incorporated HIIT circuit training, and added in low-intensity, long-duration cardio days, twice a week. “Our goal was to improve Levi’s holistic health and fitness, and not just make him someone nice to look at,” Kenneth says. “My goal with all my clients is to improve their quality of life through improving their level of activity.” For the first half of the challenge, Kenneth got him to focus on packing on lean mass. “For two months I saw no weight loss. I was hardly seeing results, and you start to think you’re doing something wrong,” Levi said. “But I didn’t realise that I was growing muscle at that time.” Two months in, Kenneth switched up his diet into a calorie deficit, and the fat started to melt off.

The motivation: Levi dug deep into his old copies of Men’s Health magazine, and, with a little help from Google and YouTube, educated himself about fitness and nutrition: “My journey not only helped me, it helped others. I’m hungry to teach others what I’ve learnt.” Eight of Levi’s colleagues signed up for the gym, and they started a WhatsApp group to keep each other motivated. But as work pressures mounted, Levi reached his breaking point. He was working 15-hour shifts on the Medupi power station, and during two stressful weeks he slept so little that he couldn’t train. He started spiralling back into old unhealthy habits. “Then I pulled out old pictures of myself, and I said, no way am I going back to that guy again. No way. You’ve got to play with your mind constantly, ‘cause there’s always something telling you to just give up. But I said, not this time.” Levi hauled himself back to gym and refocused, with the help of inspirational workout videos.

The payoff: Learning to hack his own mindset delivered massive gains for Levi, both physically and mentally. Before the challenge, he felt no enthusiasm or energy. He would eat unhealthy food, feel stuffed, and lie on the couch with no desire to move. “Before exercising, I had no drive for life. I was in a very bad frame of mind,” he says. “I didn’t want to socialise; I was in a very negative space. Getting into fitness has changed that completely. I’m mentally healthy on another level now. My drive for life is on. Now I understand the meaning of a positive mindset.”

Related: This Man Used CrossFit To Transform His Body And Lost 24KG, Heres How he looks now 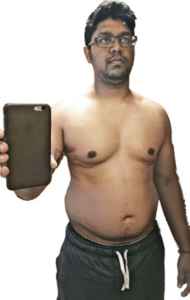 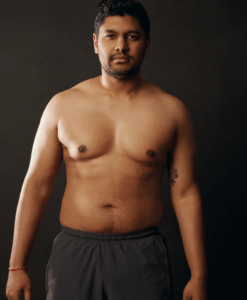 The situation: Trishan’s firstyear spread at university turned into a runaway train of weight gain. “Fat is one of those evils that you take no notice of until you look in the mirror one day, and wonder who’s looking back at you,” he says. “Suddenly, clothes don’t fit you the same, you are not as fit as you once were, and instead of doing something about it you spiral further out of control.”

Related: This Is How Many Hours It Takes To Get Fit And Transform Your Body

The motivation: Yes, Trishan was hoping to lose a few stubborn kilograms and build some muscle mass – but he was also hoping to ride the sweat high straight into his study books as he prepared for his actuarial board exams. “I read a lot about how exercise improves your mental state,” he says. “The aim was gaining that mental focus, to work more efficiently and get ahead in my studies.” He was able to get up at 4.30am to hit the gym, work a full day, and still have energy to spare to study in the evenings. “Working out in the morning sets the tone for the day; I’m a lot more productive,” he says. “While I’m studying, I still feel fresh and alert; I feel like I focus and take in content more easily.”

The method: Trishan teamed up with Chaz Habib to upgrade his performance while sweating and swotting. “Our workouts were full of moving, jumping, boxing and grinding some iron,” Chaz said. “They fired up his metabolism and helped him shed his fat while building lean muscle mass.” Chaz had Trishan eat six small meals a day, instead of three big ones, and slowly got him to scale back the carbs while counting all of his calories.

The payoff: Trishan got the energy and focus he needed to smash his exams. He’s created healthy habits, and going to gym before work has become a routine. “Chaz really pushed me quite hard – you start to realise just how strong you actually are,” he adds.

Related: Perfect Your Posture With This 4-Step Exercise