Do high-tech methods like 'CoolSculpting,’ and ‘stomach draining’ actually work?

We’ve been chasing weight loss shortcuts for centuries. From William the Conqueror, who tried a liquid diet after he became too heavy to ride his horse, to Lord Byron, who exercised in layers to sweat off pounds, men have always been drawn to radical schemes to help them lose weight. “They provide a sense of both risk and control,” says Dr Sander Gilman, the author of Fat Boys and Obesity.

Related: How To Tell If Cheat Days Are Sabotaging Your Weight Loss

Do any ‘lose weight quick tricks’ actually do the trick? Sometimes. But as Dr David Katz, director of the Yale-Griffin Prevention Research Centre, points out, “A cocaine binge will cause you to lose weight, but that doesn’t make it a good idea.” We don’t eat tapeworms or use vibrating belts anymore, but here are five crazy things some guys try:

Looking to transform your body? Meet Coach Trevor Lagerwey. He’s put together the ultimate workout plan to get you ripped this summer. We’ve also got the best nutritionally-sound eating plan for your time and money. All you need to do? Sign up at speedshred.co.za and put in the hard work. In just 12 short weeks you’ll be looking at the dream body you’ve always wanted! 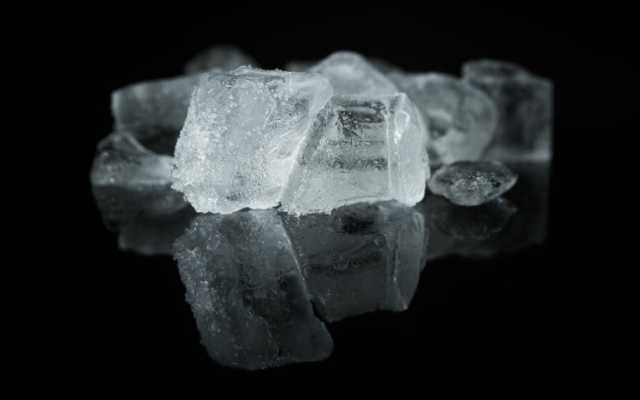 Inspired by "popsicle panniculitis"—the temporary dimples kids get from sucking on popsicles—researchers at Massachusetts General Hospital created cryolipolysis, or CoolSculpting, in 2008.

During the first hour-long session (several may be needed, and the tab runs upwards of R9000 every time you treat an area), the fat in a patient's problem site is pressed between two cooling plates connected to a vacuum tube. Dermatologist Dr Mathew Avram, a CoolSculpting advocate, says the freezing of cells stimulates apoptosis, or programmed cell death. After two to three months, says Dr. Avram, the body clears the affected fat cells out of the area. It's unclear whether they relocate elsewhere in your body or come out when you go to the bathroom.

Dr. Avram cites studies that show that cryolipolysis can provide about a 22 percent reduction in fat-layer thickness. However, that's only in the treatment area, like a love handle or your spare tyre.

It's not an invasive surgery, and it's FDA approved. Overall, though, the fat loss is "minor at best," says Dr Michael Roizen, chair of the Cleveland Clinic Wellness Institute. "As far as getting rid of the fat that's dangerous to your health, it does nothing."

What's more, Dr. Katz warns of the potential for infection. "Think of it as frostbite, but on purpose and internally," he says. "Cellular debris like that undermines the inner barriers that prevent bacteria from getting into places they don't belong." Plus, your fat could return: UCLA researchers found that fat freezing could lead to something called "paradoxical adipose hyperplasia," an increase in weight in the treated area, in a very small percentage of patients.

Related: 7 Foolproof Ways To Ramp Up Your Metabolism 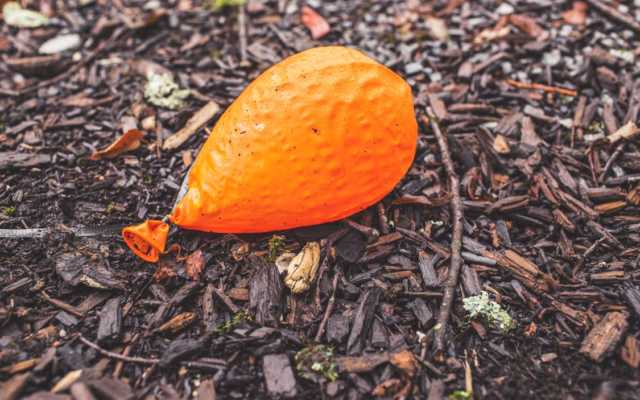 You know that uncomfortably full feeling that sets in after a big meal? That's the idea behind the gastric balloon, which can cost R60 000 to R90 000. A silicone balloon is placed into your stomach endoscopically through a tube, or you swallow it in a pill that's tethered to a small catheter. Then the balloon is inflated to roughly the size of a grapefruit.

"It's sort of like eating a big Thanksgiving dinner, and the 'Thanksgiving full' feeling doesn't leave your stomach," says Dr Vladimir Kushnir, director of bariatric endoscopy at Washington University in St. Louis. Temporary side effects can include vomiting, nausea, cramping, and discomfort. But once your body acclimates to the balloon, there aren't many restrictions: just no rugby or kickboxing or any activity that could get you punched in the gut.

This procedure isn't for minor toning. It's for people who need to lose 11 kgs or more. Dr. Kushnir, who was involved in clinical trials of the Obalon intragastric balloon (the swallowable pill form, recently approved by the FDA), says it's typical for patients to lose 25 percent of their excess weight. "On rare occasions, someone will drop more than 22 kgs," he says. It isn't a magic bullet, he warns, but should be considered just a tool to supplement weight loss efforts.

Dr Christine Ren-Fielding, a professor and chief of bariatric surgery at NYU Langone Medical Centre, says the balloon is more of a weight loss jumpstart.

Dr. Katz is more sceptical: "It can cause atrophy of the stomach lining or even rupturing of the stomach," he says. The balloon comes out after six months, and patients are encouraged to keep meeting with their program dietitian to reinforce the healthy behaviours they learned. But as with any weight loss procedure, success depends on your ability to maintain a low-calorie diet.

Related: This Guy's Doctor Offered Him Surgery, See What He Did Instead 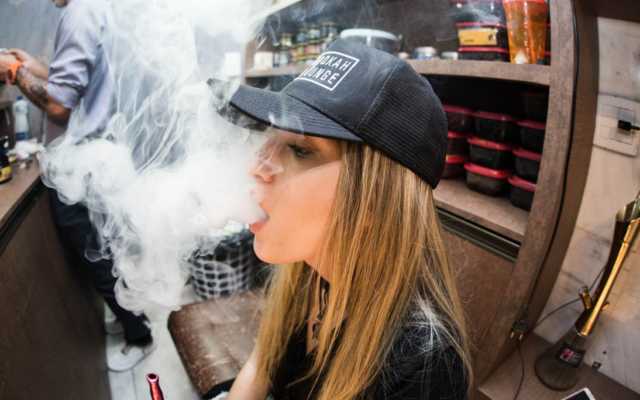 Diet programmes like Slissie and the Vapour Diet promise to curb hunger cravings with artificial flavour vapours. There are roughly 450 e-cigarette brands, with flavours ranging from black liquorice and cheesecake to pizza. The Vapour Diet starts at around R1200, and then you pay R800 a month for refill bottles.

Researchers in New Zealand who recently examined the idea came to a less-than-resounding conclusion: maybe. Dr Marewa Glover, an associate professor of public health at Massey University, says vaping may help smokers who've recently quit cigarettes avoid weight gain, but more research is needed. "The long-term health risks of vaping are yet to emerge," she clarifies. "But it's vastly safer than smoking cigarettes. If people are reluctant to quit smoking because they're afraid of the slight weight gain. . .what we've seen seems to indicate that vaping could help."

But not gaining a few kilos as you try to give up cigarettes is very different from real weight loss. "This is about smokers making choices that are less destructive. No one is recommending that non-smokers take up vaping," Glover says. Plus, vaping may have serious health consequences. Researchers at UC San Diego have discovered that e-cig vapour can be toxic to the cells lining human organs, causing DNA damage that could conceivably lead to cancer.

Related: The 5 Proven Strategies That Will Help You Ditch Smoking For Good 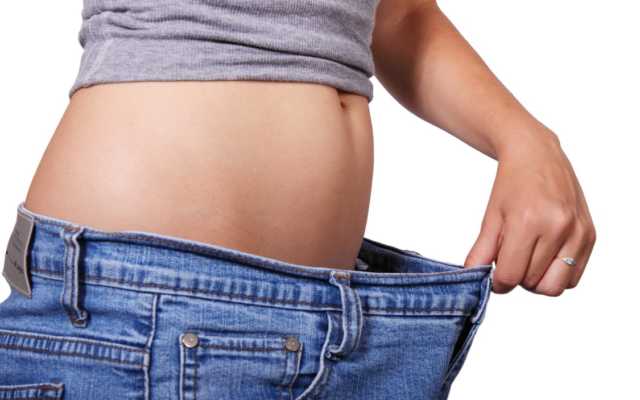 Have you ever finished a big meal and then thought, "Wouldn't it be great if I could open a valve in my stomach and just drain out a third of what I've eaten, like the most disgusting beer keg ever?" Of course you haven't, but this technology exists anyway and is marketed as AspireAssist.

"It's basically a tube that's surgically inserted into your abdomen," says Dr. Ren-Fielding. A port valve remains outside your body, flush against the skin, like a new orifice (that costs between R100 000 to R120 000). "About a half hour after you eat, you just open up a tube and pour out a third of the contents—about 30 percent of the kilojoules—from your stomach into the toilet bowl," Dr. Ren-Fielding says. You are, in effect, pooping out of your stomach.

Ongoing clinical trials suggest that it does. The FDA has approved AspireAssist for adults with BMIs between 35 and 55. Average weight loss among the participants was 12.1 percent of their body weight, versus 3.5 percent for those on diet alone, says Dr Louis Aronne, of the Weight Control Centre at Weill Cornell Medicine, who helped with the trials. "Then they maintained the weight loss by using the device intermittently," he says.

The AspireAssist has a safety feature that tracks the drainage, and it automatically stops working after 115 cycles (five to six weeks). The device might help men modify their behaviour, Dr. Ren-Fielding says. "When you use this device, you can't just gobble food," she says. "Because then it'll be in thick globs and won't fit through the tube." You have to learn how to chew more slowly—a smart habit for anyone.

Dr. Katz calls aspiration therapy "metabolic mayhem." When you're pumping out those excess calories, he says, "there's no way of controlling your nutritional balance."

Related: 21 Ways To Melt Your Gut 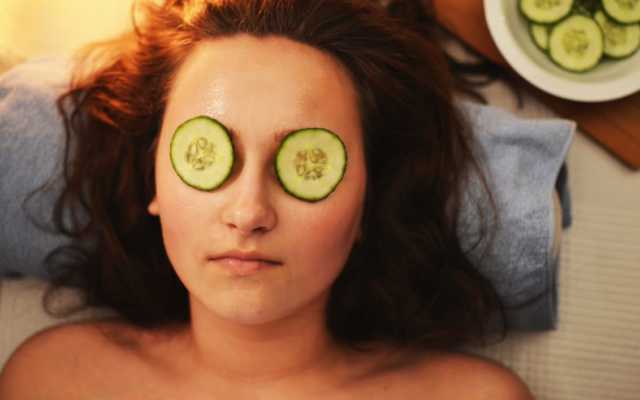 The Thermojet Morfologic is a body wrap treatment purported to help you burn thousands of kilojoules by emitting infrared rays that stimulate your metabolism. With this spa treatment, you lie on a table for an hour with your arms, legs, and abdomen wrapped in silicone pads heated to temperatures just below intolerable. The idea is to sweat, and you'll feel like you're in a sleeping bag filled with warm ricotta.

If sweating off the kilos sounds too good to be true, that's probably because it is. Dr. Katz calls the Thermojet body wrap "utter hooey," adding, "There is certainly no science behind it." In the name of due diligence, I tried the treatment myself. I lost exactly half a kg, which I promptly regained by morning. I also showered four times in the 48 hours following my body wrap treatment, because I felt like I was constantly sweating. If you want to sweat away weight, vigorous exercise is a much better choice.