Extraordinary, elegant, bold, and magnetic, this is the "Wanted By Night" man.

Looking for a scent that screams boldness and seduction?  Taking inspiration from the all-night web woven by Loris Azzaro in the 1970s, the new Azzaro Wanted by Night Eau de Parfum for men captures those nights and the endless parties that went on until the early hours and beyond…

Who Is This ‘Wanted By Night’ Man?

Azzaro Wanted by Night is the fragrance of a modern-day Gatsby. He’s mysterious and never quite where you expect him to be. One minute he’s behind the wheel of his 1976 Alfa Romeo Alfetta GTV, the next he’s flying by on a skateboard. As a pack of the hottest nightlife groupies files in, he vanishes and shows up in a new spot, a different hood, maybe even another city.

He’s extraordinary, elegant, bold, magnetic, he catches the light and creates a buzz around him. Everywhere he appears, whether night or day, he attracts stares, awakens the senses, and arouses desire… For him, it’s an endless night; and for everyone that comes into contact with him, it’s a one-on-one moment that they will never forget.

The Legendary Scent Of ‘Wanted By Night’

Wanted By Night entices the nose in the same way you would savour a cocktail. Part of the woody fragrance family, this Eau de Parfum is the scented messenger announcing an epic night when overpowering cinnamon and exuberantly woody red cedar meet the commanding sensuousness of a tobacco harmony. The secret to this tantalizing scent is a triple blow…

A woody base note is brought on by white cedar that’s bracing, yet smooth. This combination acts like a tall, stiff drink to get the party started, where yellow mandarin’s juicy essence, zested with a hint of nectar, is mostly carried by the warm sugary notes of cinnamon, signaling an exhilarating rush.

Once the party really heats up, it’s time for those mysterious cocktails that deeply arouse all the senses, incense intermingling with cumin. A core of Red Cedar quivers with woody, languid exuberance.

Last call. The commanding nocturnal sensuousness of the warm nectary tobacco blend is the signature trail of lustful yearning until the break of day. A base note of cypress and Atlas cedar intensifies the sensual male magnetism.

This fragrance is guaranteed to get heads turning and keep them wondering. Enter and you could win one of three Wanted By Night 100ml, each valued at R1455.

The entry form has been removed as the competition is now closed. 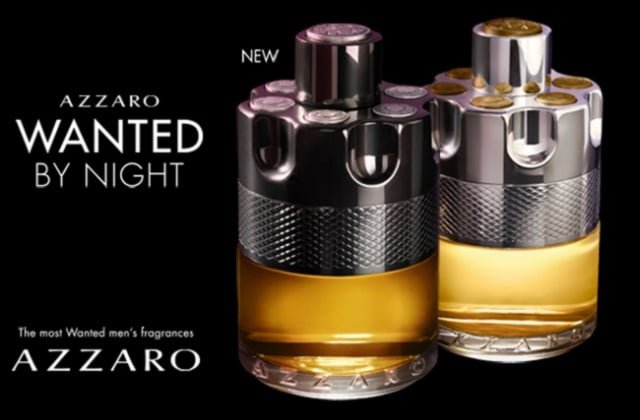 TERMS & CONDITIONS: *The competition runs from 14 December 2018 to 30 January 2019. You have to be the legal owner of the cell phone or have the owner’s permission to use the cell phone. You may enter as many times as you like. In case of a competition with more than one prize and multiple draws, entrants may only win once per competition. Staff and their families of Media24 and the prize sponsor may not enter. You have to send the correct answer to the question to stand a chance to win. Winners will be chosen by random draw. Winners will be notified telephonically. If a winner can’t be reached within three calls during business hours, a new winner will be chosen. Media24 and the prize sponsor take no responsibility for any damage caused by entering or taking part in this competition. Prizes are non-transferable and may not be exchanged for another prize or for cash. The prize sponsor is responsible for delivery of prizes within a reasonable time (4 – 6 weeks). It is the winner’s responsibility to provide a daytime address for delivery or a postal address and to be present to receive the prize and/or timeously collect the prize from the post office. Media24 and the sponsor take no responsibility for loss of the prize should the winner not be present to receive it or neglect to collect it from the post office. By entering this competition, you consent to occasionally receiving promotional material from Media24.