Cameron Foden has created a jacket that is a true labour of love. His bleeding finger stubs as testament to this. 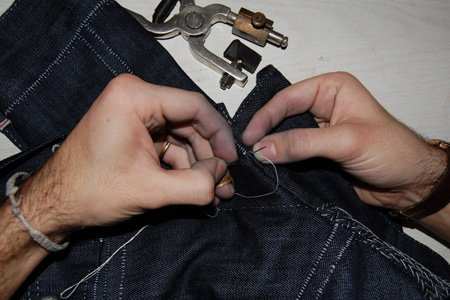 The Capetonian designer, who is currently studying fashion design at Royal Academy of Fine Arts Antwerp, had previously constructed a pair of jeans by hand, which he called The Trousers of Tom Robinson.

Next up in his Clothing of The Guilty range comes The Jacket of Chris Hani. 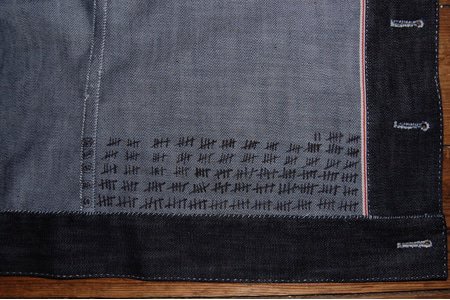 “I remember the day he was killed very clearly,” says Foden. “The atmosphere was that the world was going to end. It was such a delicate time and everyone was waiting to see what would happen next. What these men (Tom Robinson and Chris Hani) have in common is that they were both found guilty and killed by those clutching to their dwindling power. I think most of my work explores the hubris of those in positions of power who abuse their power.

The jacket has been fashioned from a 1981 deadstock 11oz selvedge denim bolt.

Look closely and you’ll see zinc buttons with rampant lions, which were salvaged from a WWII Belgian officers coat. 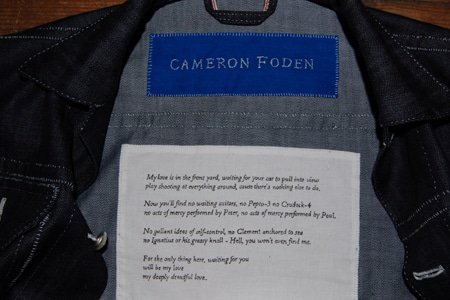 The texts have been hand-written onto a military deadstock linen bedsheet dated 1966. 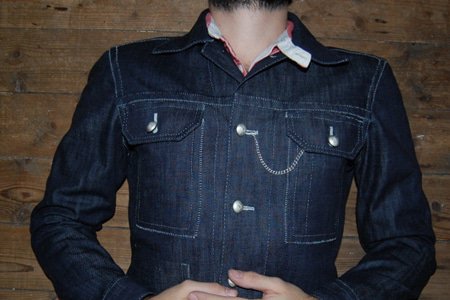 You can keep up with Cameron Foden, here