How This SA Designer Landed On International Runways

Award-winning knitwear designer Laduma Ngxokolo is threading his way through the world of fashion.

At age 15, his mother taught him how to sew and machine-knit; he then used those skills to put himself through university. Now, Laduma Ngxokolo is an award-winning designer whose work is seen on catwalks from Paris to Oslo  – and he’s working to inspire others to do the same. 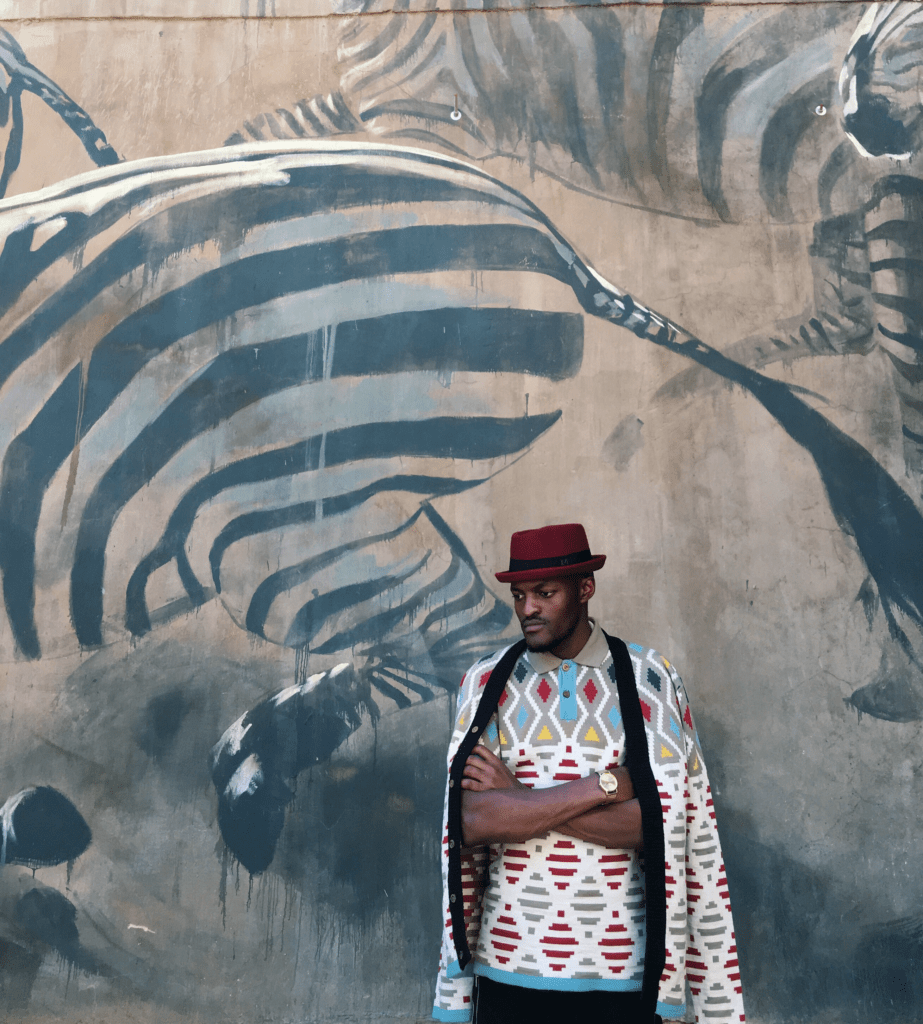 “Aim high – ridiculously high,” says knitwear designer Laduma Ngxokolo, whose Xhosa-inspired knitwear brand, MaXhosa by Laduma, is receiving ever-increasing international acclaim. “Even if you achieve half of that, you will have made something quantifiable. Many people aim way too low, thinking that whatever they’re aiming for will make them fulfilled.”

Ngxokolo wears success well. It fits him like the spectacularly distinctive X-themed designs of his jerseys. But it wasn’t always this way; like many successful South African entrepreneurs, he comes from an underprivileged background, and launched his brand with limited access to resources.

Related: These Are The Short-Sleeved Shirts You Should Be Wearing This Summer

“My late mother was a knitwear designer, based in Port Elizabeth,” he explains. “She had a very small clientele, and my older sister – who was far more interested in fashion then me, back then – used to help her.”

When Ngxokolo was 15 he got involved too, and his mother taught him to machine-knit. He never looked back, going on to craft his own clothes when he was ikrwala (a Xhosa initiate). In fact, this was a major stepping stone in the launch of his brand.

“From an entrepreneurial perspective the actual, practical ‘making’ of the knitwear was very important to me; because after my mother passed away, my siblings and I had to hustle – we had very limited means of income, and this became something of a staple,” he says.

After finishing school, he felt he needed to formalise that entrepreneurial spirit, and move beyond ‘just’ making the clothes. It was during that time – while studying towards a BA degree in Fashion and Textiles at Nelson Mandela University – that his brand idea was born. 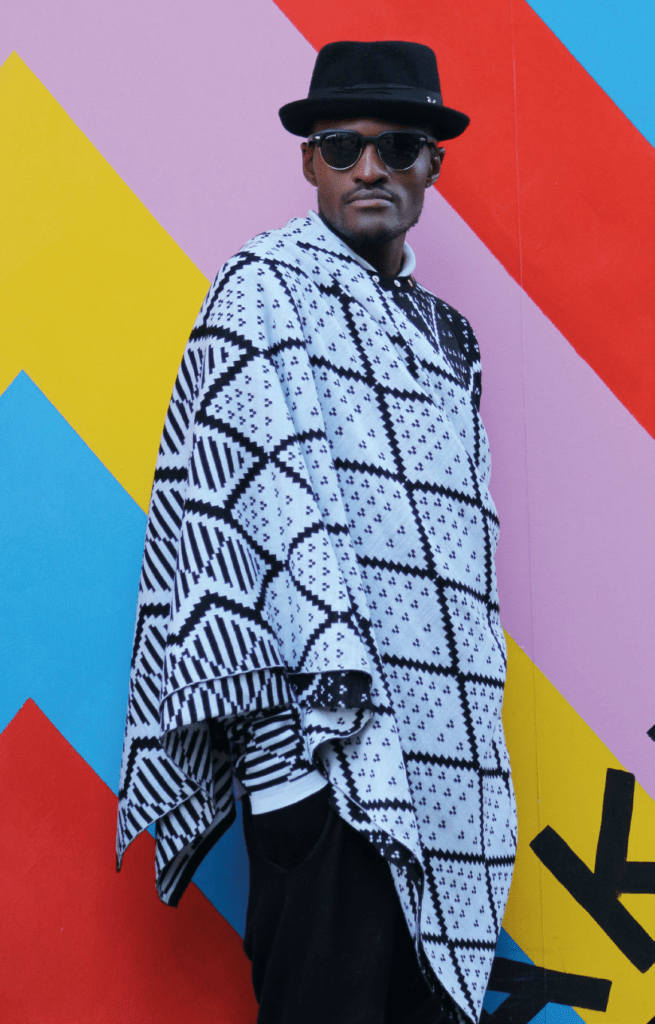 At the end of Ngxokolo’s four-year degree, his thesis project required him to ‘solve a problem through design’, and his experience in making clothes for himself as an ikrwala was the obvious answer. Xhosa initiates are expected to dress in a particular way, proudly displaying their ‘new’ life of manhood. It’s also a significant market, with up to 10 000 Xhosa initiates going to circumcision schools annually.

“Basically, I developed MaXhosa out of that thesis,”he says.“I used that project to enter an international design competition which was hosted in London. I managed to win the South African leg, and then the inter- national leg. That was in 2010. With the little bit of money I won, I started the project as a business in January 2011.”

Since then Ngxokolo has been a regular fixture at the Design Indaba, where he first spoke in 2011 as a graduate student, and showcased his first collection. In 2015 he become the first South African entrepreneur to collaborate with Chivas South Africa to create a limited-edition packaging for Chivas Regal 18-Year-Old Scotch Whisky. In this, he shared the limelight with the likes of international designers Alexander McQueen and Vivienne Westwood.

The Look Of Success

Ngxokolo – whose business now employs four people and is still based in Port Elizabeth, where it all started – continues to win awards, both locally and internationally, including the 2016 Design Indaba ‘Most Beautiful Object in South Africa’ award. However, being an entrepreneur, he knows those are not his most important achievements.

“For establishing credentials, they [awards] are very important, of course,” he says. “But what means the most to me is the ‘exchanging hands’. You know, me (and my brand) getting to my audience and clients, and that audience giving me the value that grows my business; because for all the goals that I want to achieve… it would be impossible, without that support.”

Ngxokolo’s next point of growth is to evolve MaXhosa into a lifestyle brand. “We now have a regular system of launching new collections, so next season we are extending the brand into a lifestyle brand, where people can access the designs in the form of a rug, cushion, placemat or plate. That is the next level of growth, and expanding the success into other touch points,” he says.”

So what does success look like, to him? “Being in a happy state, holistically, in your life and career; and achieving almost all that you wanted when you initially started.”

Does that mean this young go-getter has no more goals to achieve? “Five- and 10-year goal-setting is very important. And make sure you set them high.” 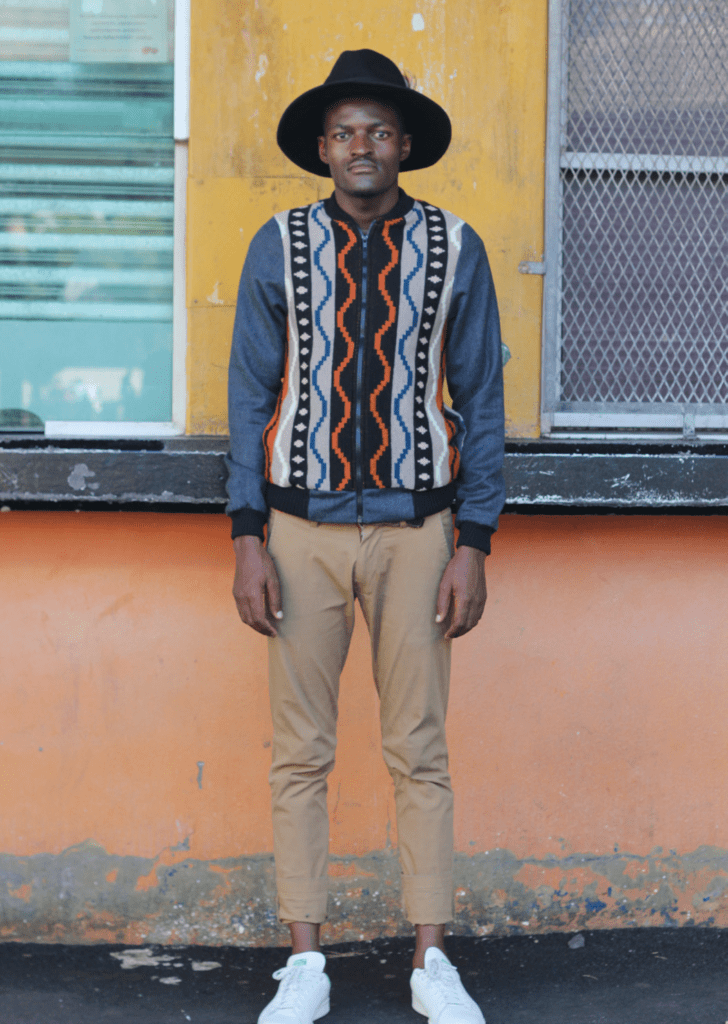