Four Ageless Menswear Looks That Are Never Going Out Of Style

Style staples that stand the test of time

Gain a modern edge by investing in sharp enduring pieces. 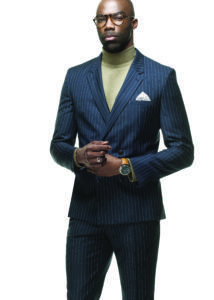 The DB, as it’s called, quietly retreated in the early 21st century, after appearing in one too many mafiosa perp walks. But it never fully disappeared. Now it has re-emerged as a go-to style staple for well-dressed men. Chief among the updates: a shorter jacket and slimmer cut that shows off your body. Wear yours with a white shirt, a knit tie and lace-ups, or with a turtle or crewneck knit and loafers. But don’t get carried away with patterns; a solid or a subtle glen check or stripe still works best. The DB suit can be worn as separates (the blazer with dark jeans, or the trousers with a shirt and tie combo). Add a cardigan  for some sophistication.

Related: Overhaul Your Wardrobe On A Budget 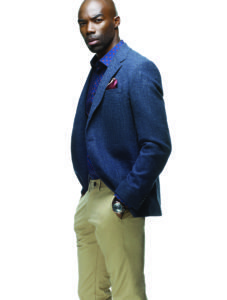 The actor Gregory Peck immortalized the grey flannel suit on film. But Gianni Agnelli, known as much for running the car company Fiat as  for his impeccable taste in clothes, knocked the formality out of this classic by wearing it with driving loafers or lace-up tan suede boots. He made flannel look soft and sporty. Another reason it has survived the generations: flannel is forgiving. The weight eats up any sort of imperfection, and it also drapes well, so it looks great on any body type. It’s probably best to start out with the flannel blazer suggest Grant van den Berg at Frank Bespoke Suiting. “This classic piece will last you for years as its versatility and durability will withstand the test of time.” Try wearing it in a more casual setting with a white T-shirt, khaki chinos and a pair of white sneakers, he adds. It’s more interesting mixing formal and casual wear together.

Related: How To Look Great In Jeans 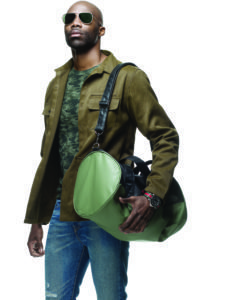 Modern camouflage can trace its roots to WWI, when technological advances turned brightly coloured uniforms into deadly targets. Today, ironically, civilians turn to camo to stand out. Military-inspired clothing, such as field jackets and stout leather boots, aren’t just fleeting trends but permanent fashion staples, says Christopher Serluco of the Fashion Institute of Technology. They’re as edgy with T-shirts and jeans as they are with sophisticated options. The trick: “Treat camouflage and other military colours, such as olive and navy, like neutrals,” says Serluco. “They go with any- thing.” Stay modern by creating unexpected contrasts – like wearing a field jacket with suit or wearing joggers rendered in brushstroke camo. 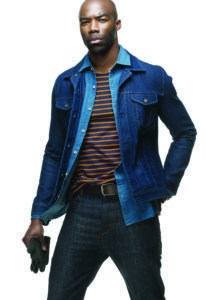 From sturdy boots to denim shirts and jackets, workwear is back. One of the biggest trends in menswear involves well-made, functional clothing that can take a beating and still look great. “The denim jacket has definitely made the leap from mining to rock ’n roll and catwalks,” says Jonathan Cheung, head of global design at Levi’s. The company first produced a tough, riveted jacket in the 1870s, and its chambray shirts debuted in 1913. The key to keeping heritage feeling modern is choosing the right fit and fabric, says Cheung. The denim jacket you rocked when you still wore braces would now look worse than your overbite, so go for a more tailored look. Since new fabrics stretch, breathe, and repel moisture, you could even bike to work in them.