The 10 Best Sex Positions For Guys With A Small Penis

According to a 2015 study, the average penis length is 5.16 inches (14.2cm). If your penis falls short of that benchmark, then you are statistically on the smaller-than-average side. For most people, it’s not a deal-breaker. In fact, studies have shown that women don’t care that much about penis size in the first place. To quote the old adage, it’s not the size of the wave, but the motion of the ocean that matters. And if you know the best sex positions for guys with a small penis, you’ll be in really good shape.

Related: The 50 Best Sex Positions Every Couple Should Try

Related: 9 Simple Ways To Give Your Partner Multiple Orgasms

What’s more, if you know how to work it, you can use your smaller penis to your advantage. “Anecdotally, I’ve actually heard that men with small penises are better in bed because they make more of an effort,” Richmond says.
If you happen to be a little less than well-endowed, here are 10 sex positions to get the most bang for your buck (pun very much intended).

If you have a small penis, “as a general rule, you want to go for any position that facilitates deep penetration, so that you can utilize the entire length of your shaft,” Richmond says. That’s why Doggie Style is a great option. “It’s not too complicated, gives you a great rearview, and you can reach around to provide her with extra clitoral stimulation. You control the speed and pattern of your thrusts for maximum penetration and pleasure.”

Related: The Best Sex Positions for Every Penis Size

This position is great for guys with a small penis because it’s less about “in and out” penetration, and more about “wiggling” around while you’re inside your partner. It also allows for kissing, nipple play, and heavy petting.

You can consider wearing a vibrating cock ring with this position, explains Ian Kerner, Ph.D., LMFT, sex therapist, and author of She Comes First. “If you deep thrust with a vibrating ring you’ll be providing intense clitoral stimulation with your thrusts, which will compensate for lack of cervical stimulation,” he says. 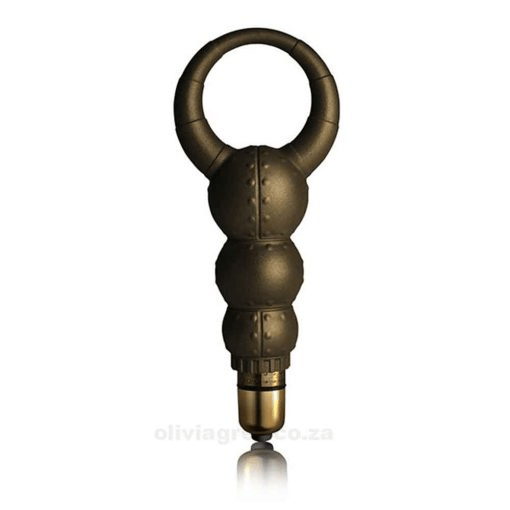 For The Little Dipper, your partner uses either a bed, couch, or chair to hoist their body over you. You then insert your penis into your partner’s vagina or anus—whichever you both are feeling! If done correctly, you should be in a T-shaped formation.

This position allows for both deep penetration and easy access for clitoral stimulation, Kerner says. “The clitoris is the powerhouse of female pleasure,” he adds. “The vagina has far fewer nerve endings than the clitoris, which is only intermittently stimulated during most standard intercourse positions.” That’s why positions that allow for clitoral stimulation and deep vaginal penetration are ideal for people with a smaller penis.

Related: Here’s Exactly How She Wants You to Touch Her Clitoris

There are numerous cowgirl variations so it’s tough to recommend just one for men with a smaller penis, because it depends on how small your penis truly is, along with its angle. See if regular cowgirl is getting the job done. If not, try switching to squatting cowgirl, which allows for deep penetration, manual clitoral stimulation, and G-spot stimulation.

Also known as The Bicycle, Stand and Deliver allows for incredibly deep penetration. Stand at the edge of a bed or desk while your partner lies back and raises their legs to their chest. Their knees are bent as if they’re doing a “bicycling” exercise. From there, grab their ankles and enter them.

This is another position that allows for both deep penetration and manual clitoral stimulation, Kerner says.

Related: Spice Up Your Lockdown With These 5 Sex Toys We Tested

Elevated reverse cowgirl is just a simple variation on the classic reverse cowgirl. “To maximize penetration, place a pillow under your hips,” Richmond says. “So you’re laying on the bed or floor, and they’re sitting on you facing away.” Why does this work? “The extra elevation in your hips will make the experience feel deeper to them.”

Related: This Is How To Go Deeper During Sex

This one is great because it allows you to use your partner’s leg as leverage. “Have your partner lie on floor with one leg extended straight. Kneel between their legs and raise their other leg straight up so it’s resting on your shoulder. Keep ahold of their leg as you enter, and use it to push and pull on as you thrust in and out,” says Richmond.

“Sit on the side of a couch and have your partner sit on you, but with their legs facing either right or left rather than straight ahead. This will cause their hips to drop slightly more than in normal cowgirl, and give you the extra penetration you’re looking for,” Richmond suggests. You can either use your hands to lift their hips up and down, or, if you’re sitting down low enough, they can use their feet to push off the floor to create momentum.

“This is perhaps the most maximum penetration position out there. Have your partner lie on their back and pull their knees up to their chest and roll back so their hips lift off the floor,” Richmond says. Then you can scooch up in front of your partner and penetrate. If your knees permit, you can actually squat next to them with your knees moving outside of theirs, Richmond adds. It’s an awesome position because their hips are elevated and you can control the force of your thrusts. To ensure their comfort, make sure to do it on a carpeted floor or couch.

Have your partner lie on their stomach with their feet squeezed tightly together. To help with penetration, have them put a pillow underneath their pelvis. “Lie on their back and enter from behind. Because their hips are in a position that’s more closed than open, there will be greater friction created on their vaginal walls,” says Richmond. The tighter they squeeze their legs, the more friction and pleasure you’ll both feel.
All illustrations @ALLIEFOLINO

This article first appeared on menshealth.com