Welcome to the 2019 RWC (no, not the Rugby World Cup, the Really Wild Coitus) tournament of sex.

Your Rugby World Cup predictions are kind of like an interrupted orgasm: they start out really great and you think you’re almost there, and then, just like that, you’re not. Ag no man. That’s probably due to the fact that the chances of predicting every round is 1 in 2.4 trillion, according to Duke University maths professor Jonathan Mattingly.

Related: 3 More Sex Positions For You To Try This Weekend

Instead, we’ve devised a rugby world cup sex strategy that could guarantee you that win. Let everyone else’s rugby fever suffer some major upsets, while you and your teammate get to the try line together. It’s fun, easy and already filled out, and it won’t invite trash talk from your co-workers. It’s time for kick-off. Bonus: most of these positions work great for players on the same team, too.

Welcome to the 2019 RWC (No, Not the Rugby World Cup, the Really Wild Coitus) Tournament of Sex: 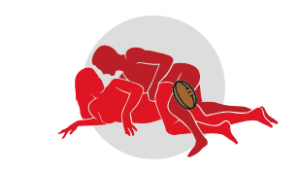 Lie in a spooning position and gently lay your top leg over their hips, planting your foot on the bed. This gives you balance to go deep into the opposition half (aka deeper penetration).

You’ll be happy to know referee Wayne Barnes, who doesn’t seem to think players are offside all that often, won’t be involved in this one. 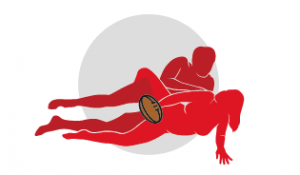 Our side step is more impressive than Cheslin Kolbe’s one. It might’ve lead to him scoring a try in less than 5 minutes against Italy, but with this move you won’t even need that much time. 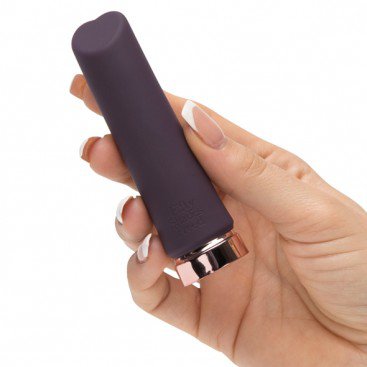 This budget-friendly bullet was styled with a heart shaped tip designed to offer pinpoint and precise arousal to the clitoral area. 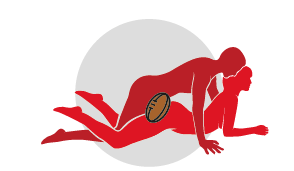 What was the opening move from Handre Pollard when South Africa faced Wales in the semi-finals is sure to be a match-ending one for you.

Your partner lies on their stomach, resting on forearms, back arched. You lie on top, hands outside their shoulders and your legs between theirs. Thrust in an upward motion. 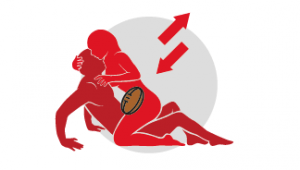 Start with them on top. Have your partner lean forward so their face is near your neck. Using your hands for support, move your hips up and down as fast as you can.

Pollard’s line break and pass to le Roux in the last 10 minutes of SA vs Japan lead Mapimpi to score the last try of the game. But this move will have you scoring this Rugby World Cup.

Related: These Are The Best Sex Positions (& Toys) To Try If You’re A Bigger Guy 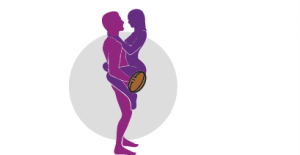 This is guaranteed to cause less outrage than Italy’s Lovotti and Quaglio dumping Springbok Duane Vermeulen on his head.

Standing, or perched on the end of a table, get your teammate to loop their arms around your neck and wrap their legs around your waist. Hold them up from under their butt. 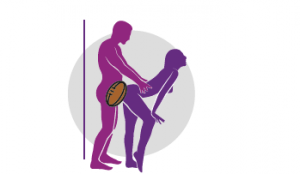 Lean back against a wall with your legs away from your body and open. Your partner, back to you, should lean forward, hands on thighs. Grab their waist and move back and forth. 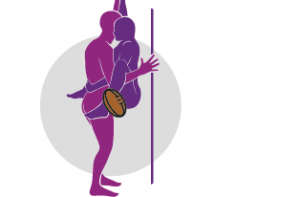 The 2019 Rugby World Cup games have seen a number of drop goals, let’s hope you’re as successful as some of the players.

Both standing and facing each other, pin your partner against a wall. With one hand, hold one of their arms over their head. Hold their opposite leg by your side for better access.

Related: How To Use The Latest Tech To Have Better Sex And Improve Your Relationship 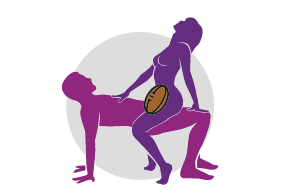 A place where no Rugby World Cup player wants to find himself. For the first time ever, you’ll actually want to try out the bench.

Sit on the floor, knees bent, feet planted, hands behind you. Your partner sits on top, facing you. Press your butts up into a bridge, then dip up and down until you both score. 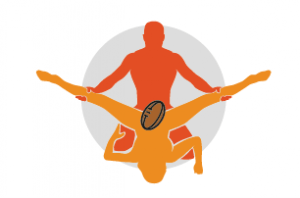 Sure, you’re probably pretty impressed that South Africa is currently sitting with the second highest converted penalty count of all the teams who have played in a Rugby World Cup semi-final. But this conversion is far more worthy of your attention.

Have your partner lie on their back, legs open. Sit on your knees in front, your legs wide in a “V” shape. Hold their ankles apart for a deep feel. Let go of an ankle to play with their clitoris. 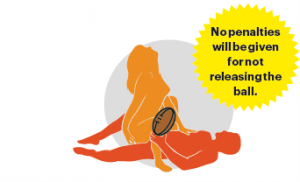 Lie on your back, knees bent, legs apart. Your partner will sit on top of you, both legs bent and feet flat on the bed (like a frog). Have them reach behind and massage your testicles.

No penalties will be given for not releasing the ball. Although, you’ve got to hope your partner didn’t watch New Zealand vs. England in the semi-finals. You wouldn’t want them pulling a Dan Coles who straight up refused to release the ball. Too much of a good thing, can be a bad thing. 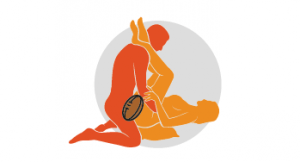 Kneel on the bed facing your partner. Your partner, lying on their back with a pillow under their butt, puts both legs over your right shoulder (right leg crossed over left).

Springbok prop Tendai “Beast” Mtawarira might’ve had to apologise to Keita Inagaki for his ‘shocking’ spear tackle in the quarter final against Japan, but if you’re using this move in the bedroom you sure won’t have to. 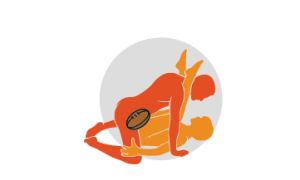 With your partner on their back, flip their legs over their head as far back as is comfortable. Kneel in front and press your chest against their thighs. 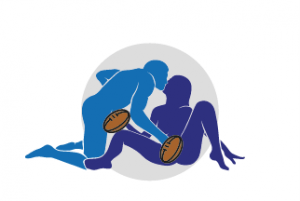 Few hand-offs have been as beautiful Wales’ Jonathan Davies whose hand-offs took out three of Fiji’s defenders before he offloaded to Josh Adams to score a try. This comes close. 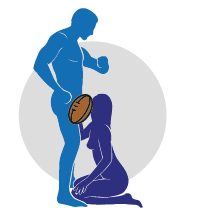 Set a timer for a 20-minute half and take turns performing oral on each other, making sure you both finish before the clock runs out. Eyes on the prize.

Bonus Move: The Line Out 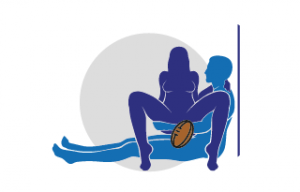 England might’ve botched a line-out five metres from the try line to give New Zealand a chance to come back from being 13-0 down, but there’s no way to botch our line-out. Unless you’re Jamie George. Rather sit this one out, man.

Sit against a wall, legs outstretched. Cradle your partner in your lap, their arms planted  behind them and feet on the ground. With an arm under their thighs, move them up and down.

Related: 10 Sex Positions That Guarantee She’ll Have An Orgasm 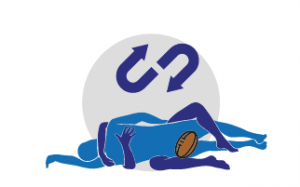 From missionary, while still inside your partner, scoop your hands under their back and bring their chest close, and roll over so they’re on top.

One news site described England’s rolling maul as having sucked the will out of the USA, and honestly we’re going to have to call it a day with that one.

So there you have it – 16 ways for you to both score this Rugby World Cup!