This Is What A Dental Dam Is, And It’s Not For Your Teeth

The dental dam was unsurprisingly invented in the dentists' rooms. But now it's put to much better use.

Related: Take Your Oral Sex Skills Up A Notch With These 5 Moves You’ve Never Tried Before

WTF Is A Dental Dam?

You’ll be forgiven for thinking that dental dams are something that you’d only encounter at the dental office. And to be honest, you wouldn’t be 100% wrong. According to The Verge, originally invented in 1864, the “rubber dam” (as it was called) was used at the dentist to isolate a tooth from the rest of the oral cavity. But it didn’t stop people from putting the dam to much better use more than a century later. Today, a dental dam is a rectangular piece of material, usually made of latex or polyurethane (the same material as condoms). They are used to protect you from STIs that can be spread through oral sex. These STIs include :

How Do You Use It?

Basically, you just hold the rectangular piece of latex against the vulva or anus and proceed with business as usual. Besides protecting you against STIs, it can also protect you from germs such as E.coli and Shigella, which can cause a host of health issues. Dental dams aren’t widely available in South Africa, but you can make your own.

And there you go, a homemade dental dam! Just be sure not use a condom that contains spermicide, you do not want that taste in your mouth.

If you’re not feeling up to making your own dental dam, you can buy these flavoured ones. 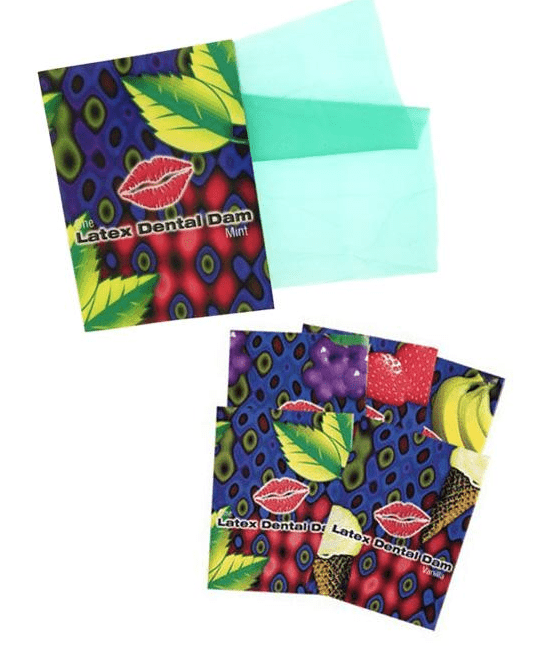