When, How And How Often Should You Show Your Relationship On Social Media?

Sharing and “liking” can undermine a relationship. It can also ignite, build, and fortify one. Here’s how to do it right.

Some couples’ posts on social media set off your BS detector, trigger a twinge of pity, or make you wonder if you’ve been wrong all along about Charlene and Lance. Those two are on the skids – you know this. Yet there’s Charlene, having a “Fun day picking apples with This Guy!!” So what are you going to believe: Instagram, or your own instincts? 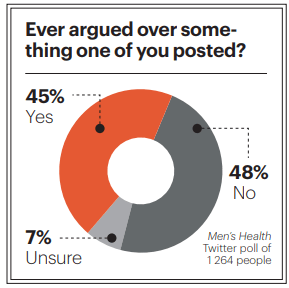 Take Sean O’Brien, a divorced dad living with Kendra, his new wife. The two met online. Early on, she wanted to see Sean post on Facebook about their life together, especially given the messages he’d received from women from his past. “I just wanted him to show them he was taken,” she says. Sean understood that. But posting could stir up drama with his ex. They compromised: he’d post occasionally.

Related: This Is Why Social Media Is Actually Terrible For Your Social Life

So that’s the first lesson in this age of social media: talk it over. Researchers call this online display of affection “mediated PDA”. Social media presents a very public “multimedia experience with your significant other,” says Dr. Rebecca Hayes, who teaches communications at Illinois State University.

How’s your show? For some, an anniversary portrait provides a rush of commitment and happiness. For more private types, that may be a post too far.

Matt and Robin Fleming met on Instagram – his sunny shots brightened her cold northener feed. The app became Insta-glue for their 3 000km relationship. “People, I think, started checking my photos to see if I was talking about Matt,” Robin says. “We had that built-in audience cheering us on.”

If you follow the expert suggestions on this page, anything is possible. Matt and Robin had become their own publicists – and eventually married. 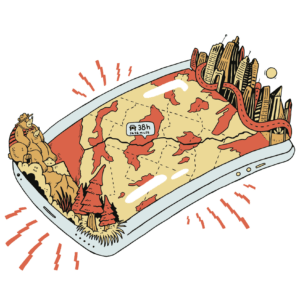 The Sacred Secrets Of Social Media:

Discuss with your partner what should be shared. Then read this guide.

As Matt and Robin proved with their cross-borders romance, using social platforms can help maintain bonds, even when you’re a continent away from each other. “Social media facilitates connectiveness,” Hayes says. Don’t forget saucy uses of Snapchat.

Online contact with former lovers puts sand in the gears of your current relationship. Have a chat about how much contact is too much. Maybe it’s a total ban, but… “If you say you’re not going to be bothered by exes, then don’t be bothered by exes,” says Hayes.

Related: WARNING: 3 Dangerous Ways You Could Expose Yourself On Social Media

This may feel irresistible. But diving down the rabbit hole of her online history can breed jealousy. Keep discoveries in context, says Dr. Caleb Car, of Illinois State University: “Don’t take it as a competition.” Upside: it could provide nuggets on what she likes.

Or the thumb. “Like” all her stuff. This is easy and important, says Hayes, whose main research is one-click social interaction. “If that ‘like’ is not received from the people you expect it from, particularly in regard to romantic relationships, that causes problems,” she says.

Be sure to show a good social side. Her friends will come to know you online, maybe before meeting you – and we know that the friends’ opinions of you can affect your relationship, Carr says. “If they think you’re fantastic, they’re going to tell her, ‘This is a great person.’”

Related: How an Instagram Pic Could Cost you Your Job

Congratulate her on the promotion if you know it’s not something she’ll want to keep private; public praise may give you both a boost, says Hayes. Weird effect: you may feel better about the posting than she does, since you’re the one seeking and receiving the “likes”.

You’ve seen the jumping-kissing photos. Comparing your relationship to unrealistic versions of your friends’ relationships could set you up for disappointment, says Carr, especially if you’re already bummed. Real life can’t maintain that kind of perfection.

This is as old as Zuckerberg’s Harvard hoodie. Passively checking out former crushes on Facebook or imagining them as, ahem, “viable relational partners,” as Carr puts it, should set off alarm bells about your current relationship. Try to keep those impulses in check.