I Went To a Hands-On Female Orgasm Class. Here’s What Happened.

One writer’s adventure in ‘orgasmic meditation’

Orgasmic meditation (OM) is a mindfulness practice originating in Buddhist tradition, in which a man strokes the upper left quadrant of a woman’s clitoris for 13 minutes while she’s lying down in a “nest” of pillows. Devotees swear it’s improved everything from their intuition to their fine motor skills – and gush about how close and connected they feel to their partners. So when I got the chance to test it out at an orgasmic meditation studio in San Francisco and learn more about the female orgasm, well, I had to see if it was worth the hype.

Before class started, I introduced myself to the guy next to me. And within 5 minutes, our conversation had covered consent, sexual shame, and sex education. This was going to be intense.

As the lesson began, all the students in class went around and said why we were there. One woman became teary-eyed as she spoke about her inability to orgasm, and several classmates offered her hugs.

One man talked about wanting to overcome his perfectionist tendencies. Another told an emotional story about overcoming his inability to orgasm with a partner. When it was my turn, I said that I wanted to become more in touch with my body and my intuition. 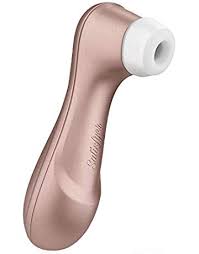 This sex toy is a favourite amongst Women's Health and Men's Health readers.

As a workaholic who struggles with anxiety, I often isolate myself from people, put my drive for achievement above my happiness, and tune out my desires to the point where I can’t even tell if I’m hungry or tired. Yeah, so there’s that.

I was in search of the connection to other people and myself that OMers talk about all the time. Through everyone’s honesty and attentive listening, I was already feeling connected to the people in that room.

The instructors explained that another thing OM does is take you from “Orgasm 1.0” to “Orgasm 2.0.” Apparently, Orgasm 1.0 is goal-oriented and fades afterward, like the ones most of us have experienced.

On the other hand, Orgasm 2.0 sticks with you and helps you understand your inner needs and feel close to the people around you, which sounds super nice.

While we didn’t have the chance to try OM ourselves in class, the instructors did do a very graphic demonstration.

One of them undressed from the waist down and lay on her back with her legs splayed over two pillows, and the other set a stopwatch, put lube on her finger, and stroked the upper-left side of her clit up and down. The instructors explained that this specific location has the highest concentration of nerves, making it super sensitive. (Though, I’m not sure if that’s a scientific fact.) The timer went off after 13 minutes (according to my instructors, that specific amount of time should be enough to relax, let your guard down, and get into OMing), after which point the instructor took out a towel and pressed it gently against the OM’er’s vagina in order to “ground” her—i.e., bring her back to reality.

During lunch, I got into some unusually candid conversations with my classmates (I guess you could call them that).

The instructor sitting next to me observed that I was asking him a lot of questions about him, and I took myself by surprise when I responded, “Maybe that’s because I’m afraid to talk about myself.”

Related: The 8 Strangest Things That Can Happen After an Orgasm

He spent the next few minutes challenging me to tell him about my life. Someone else came up to me and told me I had a great “energy.”

In the afternoon, we delved into the technicalities, like how to ask someone to OM (you say “would you like to have an OM?” rather than “Can I OM you?” since it’s a mutual activity), the necessary supplies (lube, a towel, and an optional pair of gloves), how to position yourself (the strokee butterflies her legs out over two pillows), and how to touch the vagina (one hand lifts up the clitoral hood and puts a thumb inside the vagina and the other strokes the upper left quadrant of the clit up and down).

After the time is up, both partners describe the moments that stood out to them during the session. So. Much. Talking. 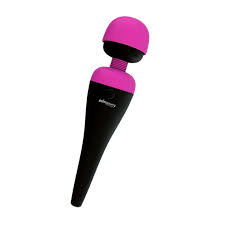 PalmPower Recharge has a firm handle with a massaging head that pivots as you move it around your body.

The instructors explained that they only teach how to stroke women because there’s too much of a societal expectation for women to please men. That means there’s no “you do me, I do you” kind of transaction. I could get behind that – but it was when they told us to forget about climaxing and just follow the orgasm that they lost me. What the hell does that mean? I sheepishly raised my hand. “So orgasm, but don’t climax? What’s the difference?”

Orgasm, they explained, is any state of involuntary muscular contraction, and women are wired to have “expansive” orgasms for an extended period of time. Climax, on the other hand, is a male-centered standard that our society has imposed on women, where you reach the peak and then go back down. But really, women’s orgasms should be more like a rollercoaster.

Yeah, I was a little skeptical of this idea that women have been unknowingly orgasming like dudes all this time.

But I could get on board with challenging this “wham, bam, thank you ma’am” approach to getting off. Too many of my hookups have involved performance pressure for both parties and little communication about what’s actually working. Just lying there with no job to do but give my partner honest feedback—and knowing he welcomed this feedback because it was part of the practice – sounded like a relief. That was easier said than done, though.

Trying Orgasmic Meditation for Myself

After class, we all had the chance to mingle, and to my surprise, several students already asked me if I’d like to OM. I was a little nervous about having strangers touch me but also very turned on by the demonstration.

I accepted the invitation of the man who had talked about being unable to orgasm with a partner. Since my place was pretty far from where the class was and he felt his was too messy, we got creative and used an app that lets you rent out an office for a short period of time. Desperate times.

We stopped at the supermarket before heading there and got the towels and lube—as you do. When we arrived to the office space, he put some pillows from a couch in the office on the floor, and I took my pants off and lay down on the floor.

To ease our nerves, we told each other stories about the first time we both orgasmed with partners. Afterward, the fact that I was naked from the waist down didn’t bother me so much. I felt close to him, though I was still very aware that we only had the room for an hour and there was a security guard in the hallway, potentially listening in.

The emotional intensity of the situation made my body feel heightened. I actually gasped as he put his thumb inside my vagina. The stroking ranged from pleasurable to uncomfortable. I wasn’t used to anyone lifting the hood and touching my clit directly.

At the same time, there was no pressure to perform. No exaggerated moans, no sexy faces, and no fake orgasms necessary. It was the first sexual interaction where I didn’t felt like it was my duty to turn the guy on. But I had trouble letting go of my “go for the O” mindset.

A few minutes in, it started to feel so good that it was difficult to move, make any noise, or even think. And I panicked. “Does this mean I’m going to come? He probably wants me to come,” I thought. “Maybe he’s wondering why I’m being so quiet.” 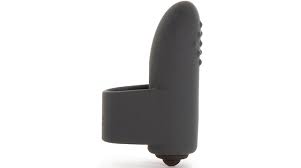 This is one of the most budget-friendly toys you could add to your nightstand. Plus, it's not intimidating!

So I started holding my breath and clenching my muscles in the way that usually brings me over the edge. But it just took me out of the moment. After the prescribed amount of time, even though OMing felt great, Orgasm 1.0 and Orgasm 2.0 both remained elusive.

Afterward, my OM partner and I took a walk and discussed everything from our sexual fantasies to our body image insecurities. We also talked matter-of-factly about the way my vagina was shaped and the way he stroked it. Somehow it wasn’t awkward at all. Maybe that’s because there was no expectation that we were ever going to date or have sex. It was kind of like two people who hit tennis balls together giving each other feedback on form.

Weeks later, I talked to the workshop’s founder. She told me that this quieting of the mind is actually the goal of OM, and when we try to climax, we lose what we’re really after. Apparently, I’ve got some learning to do.

But I’m not beating myself up over it. The teachers emphasised that each OM is about the journey, not the destination.

As far as my sex life goes, I’m pretty satisfied with Orgasm 1.0. But in the metaphorical sense, we could all use a bit more Orgasm 2.0 in our lives.