How to Seamlessly Flow Between 5 Hot Sex Transitions 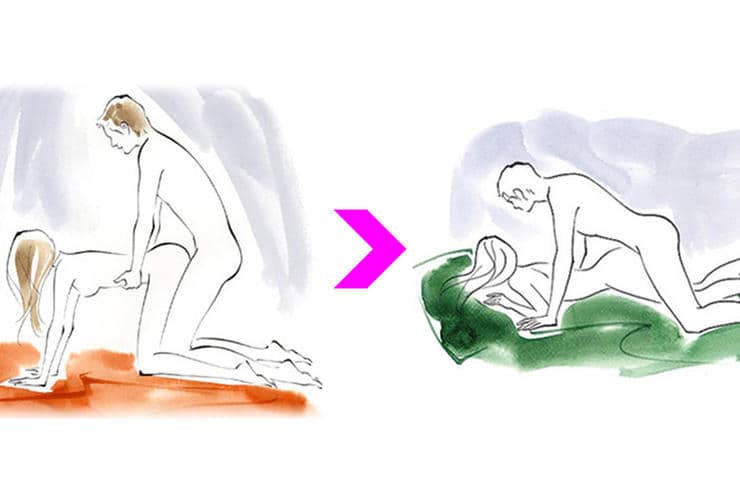 From doggie style, your partner lowers her upper body so that she’s on her elbows, instead of her hands.

Then, place your hands down on either side of her body on the bed, says Michael Aaron, Ph.D., a sex therapist in New York. From there, she slowly eases her body all the way down until she’s lying on her stomach, with you on top of her. Adjust your hips as she flattens out on the bed into the flatiron position, he says. 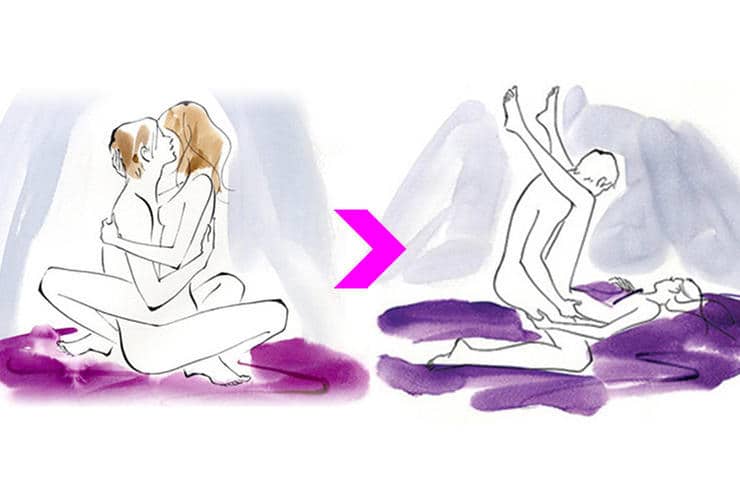 These two moves were made to flow together.

First, put your hands down on either side of your body, and then have your partner begin to recline. Once she’s on her back, you can lift up your butt and prop her legs on your shoulders so you are in full G-Whiz position, says Aaron. 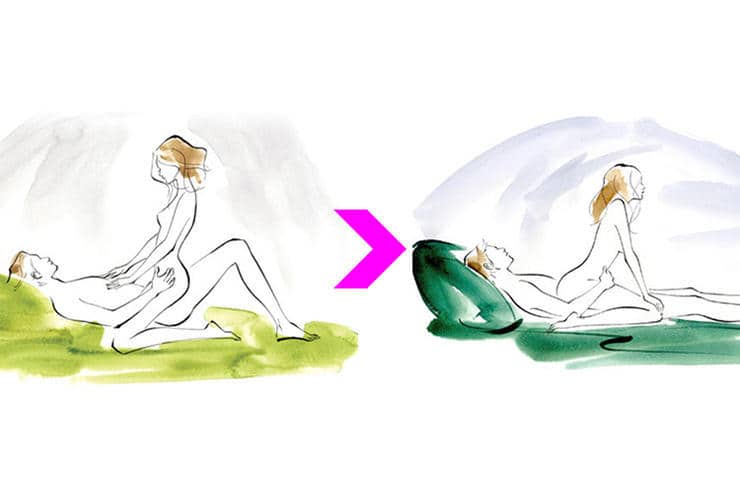 You won’t have to do anything for this transition except offer up some encouragement to your partner. If she’s up for a challenge, she can try to pull a 180. “Some women are able to transition to a reverse cowgirl by rotating themselves over the guy’s erect penis,” says Aaron.

She places her hands behind her on either side of your body, and then leans back on them for support. Then, she straightens out her left leg, and swivels it up and over your chest so that she’s riding you “side-saddle.”

Then, she’ll rotate once more by putting both hands behind her, so that they’re on the opposite side of torso, and lifting her right leg up and over your body to the right.

Option two: Your partner rocks into position, so that she’s squatting over your pelvis. Then she’ll lift her body off your penis, and swivel her left leg up and over your torso to the opposite side. Then she moves her right leg to the other side of your chest so that she’s facing away from you. 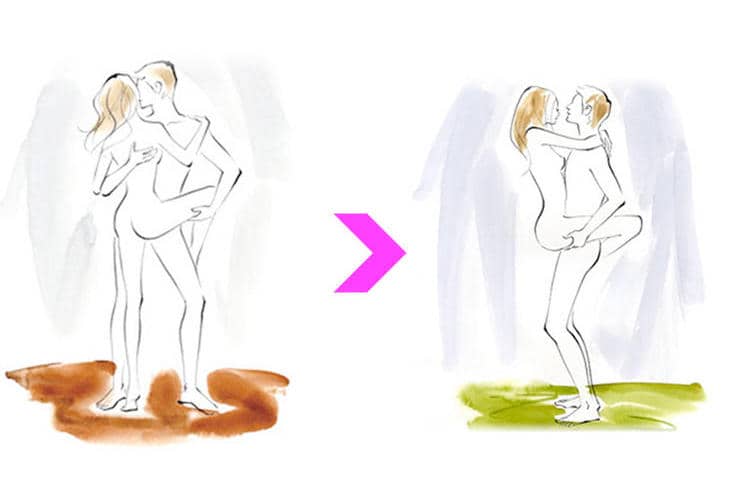 “This sequence requires that the guy can hold up the woman and stay balanced during pelvic movement,” says Aaron. In other words, proceed with caution.

To stay connected during the change, she wraps one leg snugly around your waist and shifts her arms around your neck. Now lift up her other leg so that you have a good grip on both of her legs, says Aaron. 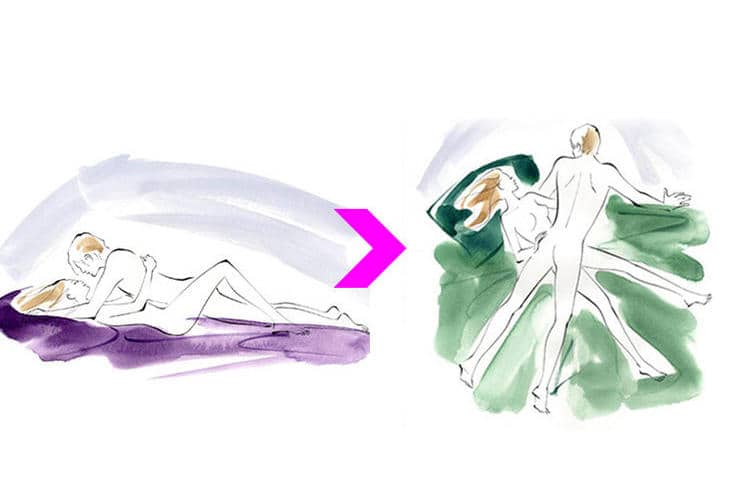 She had to do all the work during cowgirl to reverse cowgirl. Now it’s your turn.

Start by splaying your right hand out to the side, while shifting your left leg to the opposite side, says Aaron. Then, use your right foot to push off and pivot into the X-Factor position. You might need some practice to pull it off smoothly, so just have fun while you do it. (Think of it like X-rated Twister.)

The article 5 Sex Moves That Flow Seamlessly Into New Positions was originally published by our partners at WomensHealthMag.com.