Be A Part of The Vodacom Red #BullsFamily Fun Day!

The passion and loyalty Vodacom Blue Bulls supporters show for their beloved “Blou Bulle” is unmatched and this Currie Cup season Vodacom is rewarding them for their unwavering devotion and commitment to their team.

Blue Bulls supporters who sign up to Vodacom Red at selected Vodacom stores in the greater Pretoria area will receive an SMS with a code. They will need to take that code to a specified Pretoria Mall and visit the Vodacom Red Locker Room activation where they will get to choose a locker to reveal an instant reward. A must for all dedicated followers of the light blue jersey.

In addition to receiving free rewards, Vodacom has designed a #BullsFamily lifestyle event, exclusively for Vodacom Red clients, that emphasise Vodacom’s commitment to bring fans closer to their favourite team. 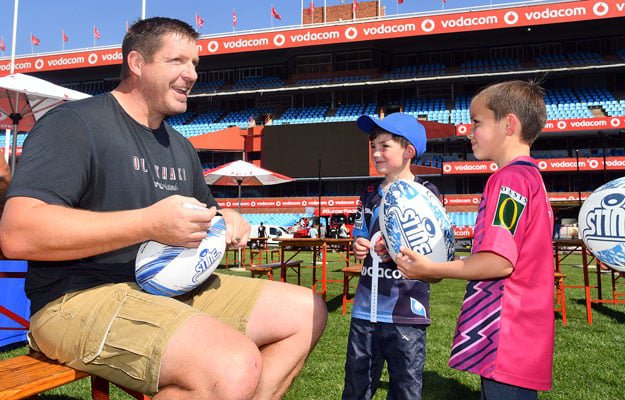 The 23rd of September has been ear-marked for Vodacom Red clients and their families to be a part of the Vodacom Red #BullsFamily Fun Day at Loftus Versfeld. Families can spend a fun-filled day participating in entertaining games and challenges, while sharing good food and laughs with fellow Blue Bulls fanatics. The high point of the day will be the viewing of the mouth-watering Currie Cup clash between the Cell C Sharks and the Vodacom Blue Bulls on the stadium big screen.

To stand a chance to attend these events, Vodacom Red clients can register on here – and become part of the #BullsFamily.

If you haven’t joined the Vodacom Red family yet, you still have time to sign up and enjoy the RED Rugby Rewards. The registration for the #BullsFamily fun day closes tomorrrow – 19 September 2017.

Vodacom Blue Bulls fans that sign up for any new RED package from 7 August to 30 October 2017, will recieve and SMS to claim a guaranteed reward.