These Are The SA Men Entering Mr. World, Here’s Why

13 South African men are a step closer to representing the country on the international stage in the Philippines.

The search for the next Mr. World is on! And 13 South African men are a step closer to representing the country on the international stage in the Philippines come 23 August.

The 22-year-old Mr. World contest aims to create a platform of role models for young males across the globe, and hopes to show them how to conduct themselves in public. The competition, which was established in 1996 by the Miss World Foundation, is similar to the Miss World pageant. And according to the judging criteria, the ideal Mr. World would be a talented man with an all-rounded personalty, a good heart, and who will play a key role in making a difference in the world.

MH spoke to the national director of Mr. World in South Africa, Armand du Plessis.  The former Mr South Africa who took part in Mr. World in 2016 says being in the pageant has groomed him as a man. He says it changed his perception of life and he’s made it his life goal to inspire others to become the best versions of themselves.

We got to know five of the 13 deserving South African Mr. World finalists and heard how they’ve prepped for the final stages of the SA version, which will then see one of them jet off and compete in the Philippines.

Related: 12 South African Heroes To Motivate You For The Rest Of The Year

The Mr. World winner will work closely with the Miss World Foundation in their Beauty With a Purpose campaign. The campaign works with global civil organisations to change lives. These men think they are ready, this is why… 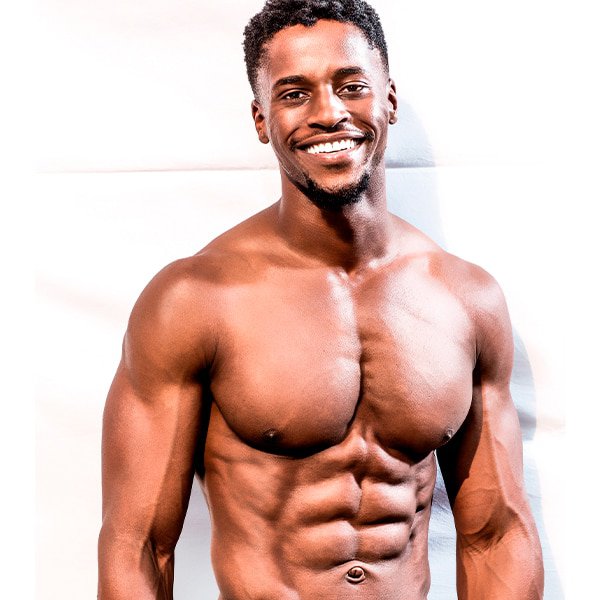 The 28-year-old KZN born doctor, model and Top Billing presenter says being in the top 13 motivates him to continue working to inspire South Africa’s youth.

Fez, who was on the April cover of MH, looks at the top 13 only as a possibility. “I just found out that with hard work so many things that you think are impossible can happen, and you can manifest yourself into whatever you want to be at any given point in time,” he says. “The belief that anything can limit you is one that I find very false, and standing in the top 13 right now I can safely say that anything can happen in your life.” Fez opened up to us about his childhood and how he’s risen against all odds, saying how important it is to dream and consistently work on those dreams.

Hard work and determination, if you prove yourself, can put you in any room in the world.

“I think being in the top 13 is a reflection of persistence, patience and dedication. Hard work and determination, if you prove yourself, can put you in any room in the world. Being in the top 13 is a very prestigious thing to me,” he says. “There are a lot of dreamers like myself out there who might not have had everything in their childhood, but look where I am today.

“The limitations of thinking you were not born into something great and amazing, that others are born into, is distorted, and I would adamantly motivate people to go try out whatever they think will work for them with zeal and an eagerness to achieve it.” 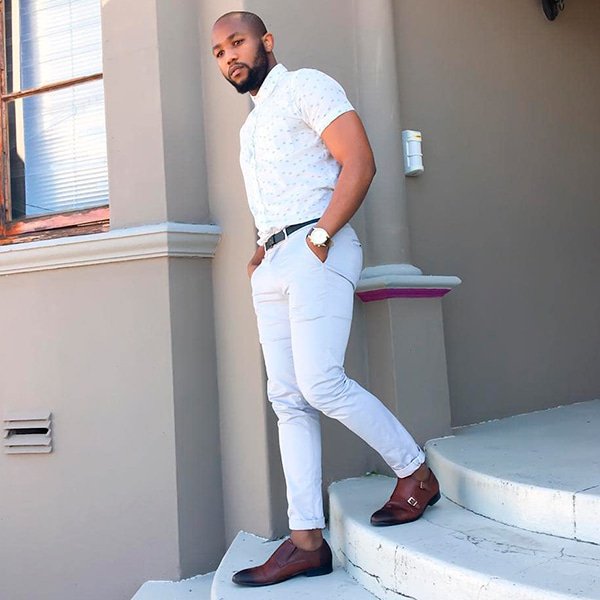 Mncedi Meje, who was born in Idutywa in the Eastern Cape says he has never seen anyone as amazing as his 97 years old grandmother, Nowanele Meje, whom he draws inspiration from.

The Junior Developer and Kepe Foundation COO told us about the person behind the courageous man he has become. He hopes to make her proud on the world stage. “Not only did she raise me, she raised 16 more of her grandchildren. She gave each one of us all of her attention.”

An underprivileged background does not mean you are destined for the worst, he says. Anyone from any corner of the world can achieve what they want with the right support, and that’s how it’s turned out for the 25-year-old.

“As a kid, my grandmother helped me with all my school work, and equally did so with the others. We were 16 grandchildren and she compromised her happiness and youthfulness for us and our future. She never knew how to write but made sure all of us were educated. Her loving heart and care made and influenced the man that I am today and being in the top 13 is the fruits of her irrigation to my life,” Mncedi adds. 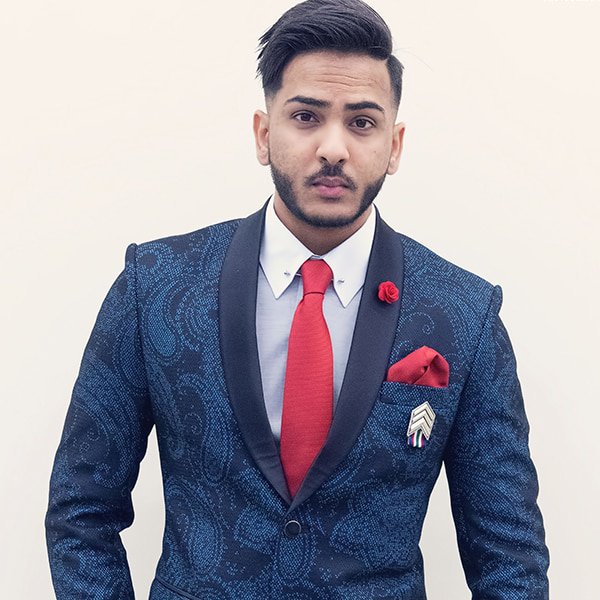 Businessman, brand ambassador and kids foundation owner Shiv Ramsander believes that a title with no mission and plan of action is pointless. Building your brand on social media could benefit someone anywhere in the world, he says.

“As finalists we should be able to inspire young men in the entire world as The Mr. World objectives are to motivate, inspire, serve, learn, and teach people and it’s of great importance that we are all out there to inspire,” says the 26-year-old.

A man with a mission, Shiv aims to influence a global audience on social media. “We should make the best out of our social media where young people at any place in the world can find us, reach us and relate to us. The youth are facing so many different challenges out there and we often hear of this on social media. It is for that reason that I have decided to grow my brand on social media, so as to motivate a young person through my business, my lifestyle and my successes,” he adds. 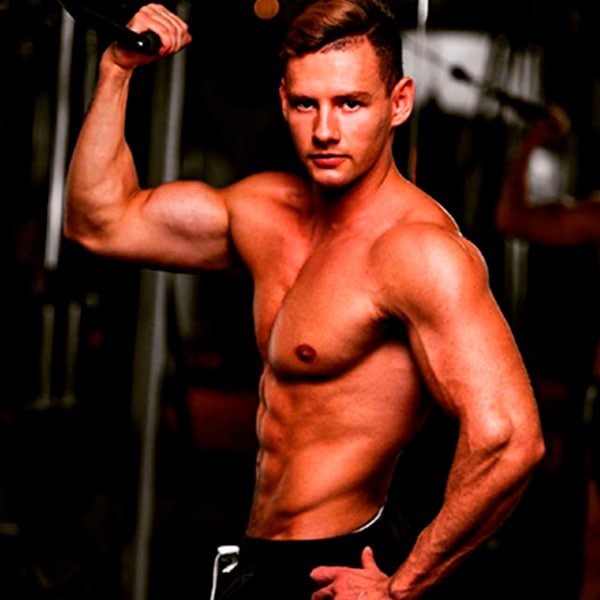 Daniel describes himself as a fun, loving and caring individual that is passionate about people, wellness, animal safety and keeping his body in top form.

The final round of the Mr. World SA competition is on 13 July, and in preparation for this day Daniel is spending most of his time at the gym – saying that he enjoys the pressures that come with being in this stage of competition.

“I love fitness, everything I do revolves around fitness. I am now on a diet to shred some fats away for the big day,” says the 25-year-old.

Being Mr. World comes with a lot of community based projects and Daniel is ready to take the baton. “Often at times people during their reigns focus on almost the same [things]. I have a range of projects that are already in my mind. I want to focus on environment, people development and animals.

“I love and understand animals because I have two puppies that are my better halves. When I see animals in a bad state I feel for them and do anything possible to keep them safe and healthy. To further legitimise my love and passion for animals, I am currently involved with a foundation for dogs in Centurion, Pretoria, where I provide blankets and winter items to keep them warm during this season. Animals deserve to be loved, too.” 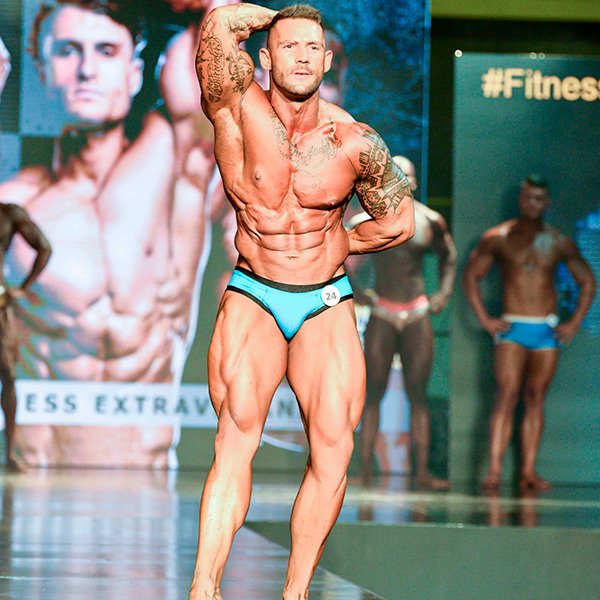 30-year-old personal trainer Vincent Maritz is confident about the Mr. World journey and believes that being part of this competition will play a significant role in his spiritual life transition.

Vince says he has always been a fitness and modelling person and feels very blessed to have made it to the top 13 of the South African stage of Mr. World. “I remember looking at people like Jaco de Bruyn and I would dream of being like him and claiming the spot like like he does.

“Now this competition has given me the opportunity to work tirelessly on bringing my dreams to life…I want to make young kids look up to me and that to be simply the results of my work,” he says. “Everyday when you wake up you need to have a mission and my mission is to get my body fresh and to keep my mind motivated with some motivational messages. Ahead of the event on the 13 July I will keep to myself and my family and avoid falling off the road.”