The Fastest  Route To Rich

We’re off the Brazilian coast aboard the Crystal Serenity, one of the most lavish cruise ships in the world. It’s early March, but here on the lido deck,  passengers are sunning themselves and sipping Caipirinhas as the ship sails towards Rio. A cabin on this vessel’s annual three-month world cruise will set you back more than R400 000) for a stateroom to R5-million for a penthouse suite. Most of the men aboard are retired and, of course, wealthy and successful – the silverbacks among us apes.

Although Master of Business Administration degrees were available to these men when they were younger (Harvard established the world’s first in 1908), very few have MBAs. In fact, many never even finished high school. Instead, each of these men has a degree that some experts consider even more valuable – the MBR, or Master of Business Reality.

“The fundamental problem with business schools is that a lot of the most successful people have never been to one,” says Philip Delves Broughton, author of the  memoir Ahead of the Curve: Two Years at Harvard Business School. “You can’t say that about medicine, for example or law. Every good lawyer has been to law school. Every good doctor has been to medical school. But not every successful businessman has an MBA.”

So let’s dispense with the textbooks and student loans and go right to the success plan, with the MBR holders who’ve been there and earned that. 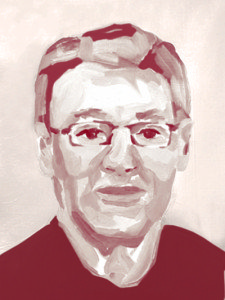 Put It into Practice “In 1960, when I was 38 years old, I was offered $1-million for my company,” recalls Illsley. “That was a lot of money back in those days and it prompted me to do a bit of soul-searching. I decided to make a list of what was really important to me: (1) Have a feeling, when I’m 80, of a life well spent. (2) Stay mentally sane and have self-respect and dignity, and not be lonely. (3) Enjoy good health. (4) Get a big charge from what I’m doing. (5) Have freedom and some peace of mind. (6) Be free of feelings of injustice done to me. (7) Have enough money to help with all the above. (8) Be free of disappointment. (9) Be confident but not egotistical. (10) Avoid the trap of a large estate. (11) Make my own decisions and plan my own time.

“So money was not an end in itself. I turned down the offer, and today, at 91, I’m proud to say I’ve achieved everything on that list.”

Why It Works “What constitutes good work anyway?” asks Warren Bennis, a management professor at the University of Southern California who has spent decades studying the relevance of MBA programmes. “It makes you feel productive, gives you worth and makes you have self-respect. Making a list like he did is terrific – except in this rapidly changing world, you may have to revisit your list a few times a year.” 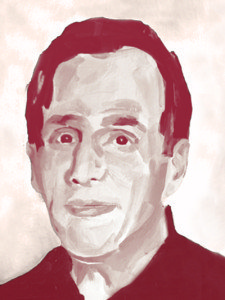 History  Maker: Keith Steiner
From answering customer-service phones at a fledgling telecom company called MCI in the early 1980s, Steiner worked his way up to senior vice-president. Then, in 1998, WorldCom acquired MCI, enabling him to retire five years later at age 47.

It’s okay to lose a job. Just make sure you don’t lose your passion.

Put It into Practice “For most guys, the main purpose of earning an MBA is to make more money,” says Steiner, who spends three to four months a year cruising the world. “That’s the wrong attitude. When deciding which career to pursue, don’t just chase salary. Instead, find an occupation and a company that matches your passion. A big reason why I was so successful is because I loved what I did. MCI was really small when I started there. We were making history by building the first telecommunications network to compete with AT&T. When you have that kind of challenge and excitement, you don’t mind long hours and you don’t feel stress.”

Why It Works “Most MBA students are trying to buy a ticket into a world that is already set up,” says Delves Broughton, whose latest book is The Art of the Sale. “They are looking to fit themselves into an existing corporate structure. But the most successful business people make the world work around them. When you find your passion – that merging of what you want to do with what you’re good at – then success naturally emerges. It’s what corporate strategists call ‘sustainable long-term advantage.’ It enables you not only to work harder and be better than your rival today, but also to sustain that advantage throughout your whole career.” 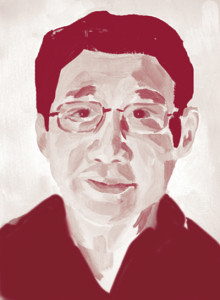 Time  Machine: Lin Wu
Born in Beijing, he worked in a broom factory before earning a scholarship to Columbia University to study electrical engineering. In his 35 years in Silicon Valley, he founded three companies; his last start-up, ICS, set him up financially for life.

Understand that you’re way too busy to sit down.

Put It into Practice “At most corporate meetings, people sit down with coffee and food and fall asleep,” says Wu. “It’s unbelievable how much time is wasted. So whenever I was in the middle of a big project, I would call a critical-issues meeting every day with my key people. But here’s the trick: I’d schedule that meeting for around 5pm, when everyone was tired and ready to go home and I wouldn’t allow anyone to sit down. I never had a meeting last more than an hour. Most lasted 20 to 30 minutes. It kept everyone focused and effective.”

Why It Works “Management guru Tom Peters said that the single greatest indicator of business success is having a ‘bias for action,’” says Delves Broughton. “MBAs tend to overthink and over-talk decisions because that’s what you do in the classroom. But when you’re thinking and talking, you’re postponing action. A little thing like making people stand during meetings has great value because it conveys an urgency to act. That’s how a lot of military meetings are held.” In a landmark study from the University of Missouri, people made decisions of the same quality whether they were attending sit-down meetings or stand-up ones. The big difference? The seated meetings lasted 34% longer. Ain’t nobody got time for that. 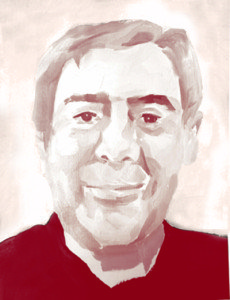 Confidence Man: Tommy Schweiger
He left school in the UK at age 15 and later began a business selling men’s shirts. After he landed a deal with Manchester United, he founded a company that became the British licensee for Star Wars, Barbie, Spider-Man and Disney characters on household textiles.

Know how to walk the line between bulls#*t and sincerity.

Put It into Practice “Anyone who’s in business is in show business,” says Schweiger. “You’re on the stage of your industry… You must be able to convey the message of whatever you’re selling in such a way that prospective customers will find it interesting and have complete confidence in you delivering it.

“That fellow from Manchester United had the power, but I had the chutzpah. That’s a Yiddish word meaning nerve and confidence. You can’t learn it from a book. You develop it by talking to people, shaking hands, patting backs. I had the chutzpah to seal the deal with a handshake right then and there, even though I had a lot of loose ends to tie up. But I knew I could do it… Successful people know where the line is between bulls#*t and sincerity, between having an ego and being egotistical. When done right, chutzpah is a magnet.”

Why It Works “MBAs have the idea that business is conducted with spreadsheets, presentations and emails,” says Delves Broughton. That’s part of the story, but it won’t guarantee success.

“Over the years I’ve met so many smart people in the corporate world who never managed to get out of the gate,” Bennis says. “They had terrific ideas, but they failed as entrepreneurs. So much of real leadership is about chutzpah.” 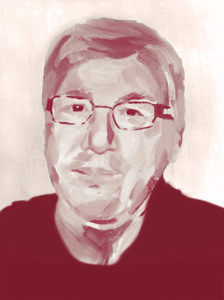 People Person: Michael Focht
Without a varsity degree, he rose to become president and chief operating officer of Tenet Healthcare Corporation. During his 20-year tenure, Tenet expanded from 35 hospitals to 114 hospitals in 16 US states. Now Focht uses his people skills on  cruise ships.

Read the spreadsheet, but make sure the right person hands it to you.

Put It into Practice “I worked alongside guys who had enough degrees to wallpaper a house,” says Focht, “but they never learnt to manage people. As a result, they were never very successful. The chief of maintenance at one of my hospitals was a guy I nicknamed Dandelion. He was constantly whining and it drove me nuts, so one day I fired him. That actually turned out to be a mistake. If I had taken the time to look into what he was doing, I’d have realised he was  running the place really well.

“In my opinion, business school graduates are academically prepared but not people-prepared. To me that’s the secret to success: understand the job, find the best person you can to fill the job and then be patient to see if they actually can, while keeping their personality separate from their performance.”

Why It Works “The further you ride up the management hierarchy, the more it becomes about people, because you can’t do everything yourself,” Delves Broughton says. “Harvard has a course called Leadership and Organisational Behaviour that deals with all those naughty little HR issues. But when MBA graduates who came back five years later were asked what they wished they had been taught, one said, ‘I wish they’d taught me how to talk to truck drivers.’” 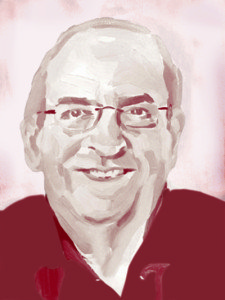 Self-MBA’d Man: Bill Hotrum
He never earned a degree. After quitting a government tax-auditing job in 1982, he founded a sales-tax recovery firm, which became one of Ontario’s biggest. He owns two homes in Canada and another  in Malta and spends  six months a year  on holiday.

Join the 3% who actually know something useful.

Put It into Practice “I once heard some advice from a motivational speaker, Jim Rohn, that I took to heart,” says Hotrum. “He said that everything a person needs to be successful has already been written, but only 3% of Americans have a library card. I figured that was an easy way to educate myself and get into the game. Over the years I’ve probably read some 1 500 business-advice books.” Now he pencils in stars next to the tips as he reads: 1 = Good, 2 = Pretty good, 3 = Very good, 4 = Wow, pay attention! Next, he highlights the sentences that really stand out, usually the four-star stuff and enters them into a database.

Today, Hotrum has collected close to 50 000 quotations, many of which he has categorised for quick reference (hiring, firing, negotiating and so on). When he finds himself in a tight situation, he simply peruses the advice of his “consultants” and then, as his track record proves, makes the right decision.

Why It Works “Some MBA graduates step out of prestigious programmes thinking they know it all,” says Bennis, who has written 30 books about business and leadership. “I wouldn’t hire any of them. I look for the person who goes through life with eyebrows raised because he’s still curious, charged, ambitious and wants to get better.”