“Oh jeez, cult following is quite a grandiose term. I was walking on the piers the other day and some guy who hangs out there was familiar with the material, humming the bass line to I Wonder. I like that.”

The room has posters from skirting board to cornicing. Vintage black and white prints of Jim Morrison in his Lion Pose, Bob Dylan brooding behind shades and psychedlic screenprinted swirls… There’s an intimidating amount of CDs and LPs, books and framed photographs. There’s a lived in feeling, with none of that affected Top Billing style that the neighbouring Oranjezicht homes prescribe to. Sitting in the room are two men. Sixto Rodriguez, the cult musician that managed to write the defining tunes of 70s South Africa while living in the states, and the man who went searching for him, Stephen Segerman.

The reasons for the Sugar Man’s sudden disappearance became part of South African folklore. He had died of a heroin overdose… shot himself on stage after a gig… was jailed for killing his wife… burnt to death while performing… the rumour mill churning out stories more fascinating and frivolous than the next fabulist’s fable.

Rodriguez defied these by touring South Africa in 1998. My parents watched him then, and when Rodriguez returned some years later I watched while holding my 9-month pregnant girlfriend’s belly.

Both times he played Sugar Man, his most famous song and a paean to his drug dealer delivered in a distinct nasal drawl. Rodriguez says the song is “descriptive not prescriptive” and whether or not it promotes drug-use is besides the point, it has great imagery and use of hippy slang – “silver magic ships” and “sweet Mary Jane” – and a freak-out mid section that’s only second to Led Zeppelin’s ‘Whole Lotta Love’.

But writing about music is like dancing about architecture. So do yourself a favour and give the song a listen. Even if you know the song, go back, listen to it again, like properly listen, and lose yourself a little bit. 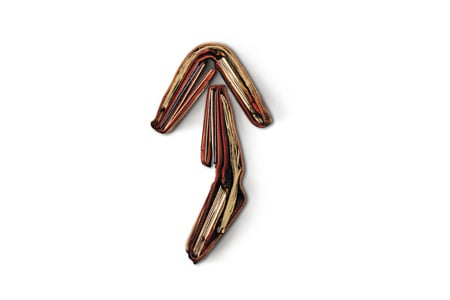 Then, because it’s impossible to interview Rodriguez – at least for this interviewer – in the traditional sense, I’ve compiled a collection of the soundbites I recorded in that lounge six years ago. Enjoy.

Oh jeez, cult following is quite a grandiose term. I was walking on the piers the other day and some guy who hangs out there was familiar with the material, humming the bass line to I Wonder. I like that.

I know this material came out a while back, but I like to consider myself contemporary. I’m up to date. I watch bands in Detroit and hang out with music people, people in the arts and stuff.

I’ve never played a gig in the States. It’s a heavy market there, and I really don’t seek it, per se. It’s two different situations. I’m happy the way things turned out. It’s an odd twist to the story, but yeah.

Music is my passion but you got to do an internship everywhere else. I’m hard working class. I think it’s good to stay physically active. Good hard labour. It’s a physical thing, music. So it’s like, you know, it’s good, and it keeps you out of trouble and it’s something to do.

I’m not into sports or religion. I like music. But I am also interested in politics. All that money is tax payer’s money, government etcetera, you know, but somehow it seems like it’s their money or something like that. I ran for office. Three times city council, twice for mayor, twice the senate… I think change is going to come. The revolution has just started.

I was a teacher for two years and that was an experience. All this young blood around me… that was interesting.

I’ve always concentrated on social issues because I’ve always found it easier to write about things that upset me. A lot of the issues are still the same. Even more serious.

I like the word poetry. I did give some thought to those words. I have a lot of respect for the English language and I also like to mess with it – butterfucker – just twisting it around. The language is always being messed with. Like e.e cummings starts breaking the words and trying to move the type around, trying to stress something else. So yeah, I consider myself a writer.

Sugarman was just the idea, not one person or anything. It was the 70s and the whole globe was turning on. Sugarman is descriptive not prescriptive. I’m not recommending any of that stuff to anyone. It’s certainly less destructive than alcohol though. But I’m not for hard drugs. I think it’s good to be clean and it’s good to have discipline. Sugarman is a tune, that’s all, I don’t want people to have the wrong idea when the music starts swirling around.

Today’s writers or artists can do better than all the people before them in, because now we’ve got a global market and technology and everything. With communication, Britney Spears sells out arenas.

You can’t go wrong with basic black. You can match it really easily too. But I just dress for the weather. Stay real. My granddaughter gave me an anarchy T-shirt, with the A like that, but I don’t know if I want to wear it. I haven’t worn it yet.

A lot of guys are better than me at guitar, they’re better looking than me, but I’m lucky. I got luck with this music thing, somebody found my stuff and I’ve seen a lot of things. It’s been fun.

A lot of young cats think that it will take two weeks. That they’ll put a CD out and it will all happen. But this music thing takes work. It does have lulls, and a lot of people can’t take the lulls. So it’s good to have something outside of it. I don’t mind it when it’s quiet.

Regrets? Jeez, I don’t know. When people start talking about the past… anything behind us is gone. You can’t go back there. You can always be here today though.