Karl Hammerschmidt and his future-wife, El, stood in the lounge of their Sea Point apartment scanning the place. It no longer looked like a lounge. Over the last six months, their spare-room-turned-office had been spilling out into their living room. The pair cringed as they heard a delivery vehicle outside, knowing it wouldn’t be long before their landlord complained again. The online business they had started had grown faster than anticipated and they needed to find an office space – fast.

That was in 2012. A few months into their new online business venture, they couldn’t have predicted that seven years later they would have a team of 150 people and that their business, RunwaySale, would be one of the biggest online fashion e-tailers in the country.

Related: This Entrepreneur And CEO Shares His 5-Step Plan To Career Victory

“Essentially, the business was born from a love of affordable designer brands and we were fortunate to be able to combine our international experience to give South African fashionistas access to premium brands at exclusive prices. We’re an online fashion e-tailer that focuses on the value segment of the market,” explains Karl. Around 60% of their shoppers are repeat customers, with early adopters having shopped at the digital storefront 300 times in five years.

And as eCommerce continues to grow in SA, so do their accomplishments. Now they’re here to show you how to wrangle and tame the beast that is online shopping.

You Don’t Have to Re-Invent The Wheel 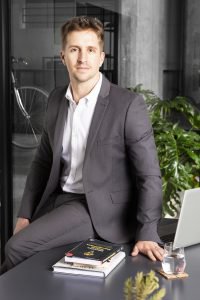 While studying towards a BComm in finance, Karl worked at an online marketing company, first as in intern and then every Friday he had free. After graduating, he joined the company full-time, was awarded employee of the month and, by year two, was offered the opportunity to relocate to Australia to establish a new office.

It was proof that sometimes the old-fashioned route of working your way up really does pay off. But in the current jobs climate, it’s something workers often forget, as job-hopping (spending less than two years in a position) is on the rise. According to a 2018 survey by staffing firm Robert Half, 64% of workers favour job-hopping – up 22% from findings of a survey done four years prior. And it’s that job loyalty that actually led Karl to his “Aha!” moment.

During his time in Aus, he consulted on the digital strategy for the biggest private shopping club in Australia, New Zealand and South East Asia. Karl had always wanted to start a business, and from his desk Down Under he could see a massive gap in the South African market where consumers were yet to embrace eCommerce.

So, when he came back to SA after working at a similar company in Australia, he brought the concept back with him. The lesson was clear: the idea doesn’t have to be new, but it does have to be smart. Despite believing in the concept, he knew it would have to be adapted for the South African market.

This was a lesson Karl learnt early on – just because it’s worked for someone else, doesn’t mean it will automatically work for you. “A similar concept and business model was successful in Australia, and we felt it could be adapted for the local market. However, the challenge was the implementation, especially in a marketplace where consumers were not used to ‘catalogue’ shopping and very sceptical about shopping online – especially for clothing – and the security of internet payments,” says Karl.

At the moment, online sales only contribute 1.2% towards the total goods sales in South Africa. This pales in comparison to the R1 trillion in sales made through more traditional channels like shopping malls.

And according to analysts, we’ve got safety concerns to thank for that. Most consumers feel they are more likely to get scammed online. Plus, issues like crime and striking postal service workers may not feature in the business plans of e-tailers in other countries, but they’re a major factor here. 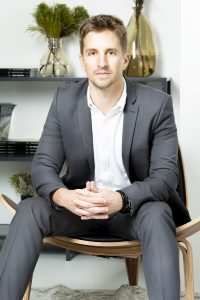 Of course, RunwaySale’s unique selling point is that they sell designer brands at affordable prices. After all, everyone loves a bargain and Saffers are no different. But for Karl their biggest advantage is that they are nimble and able to adapt quickly to consumer and brand needs. Why? Because they’re privately owned which gives them the flexibility to take advantage of opportunities. While, as a business owner you might not be able to control striking postal workers, you can choose to use a courier service you trust and have developed a good relationship with. It’s about not only adapting the idea for the local market, but also for the challenges that are unique to South Africa, too. And that ability to adapt to customer needs leads to higher customer satisfaction (RunwaySale has a customer satisfaction rating of 97%).

Customer satisfaction is critical for any online business, says Karl. “You’re not interacting with your customer face to face, which means you have to ensure that the entire experience is seamless, hassle-free, enjoyable and as personal as possible.”

A key factor that can make or break that experience: your website.

Know What You Can Do Yourself 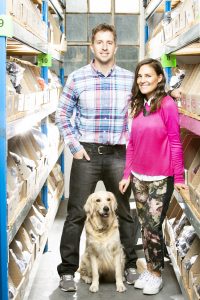 In the beginning stages, a lot of entrepreneurs do most of the work themselves. Sometimes, it comes down to preference, but most of the time it’s out of necessity. After all, most people aren’t receiving a “small loan of a million dollars” from their fathers like a certain US president did.

But knowing what you can and can’t do yourself is extremely important. “An investor and mentor provided the initial funding of R50 000 which we used to build the website; it was the one thing that couldn’t be done free of charge – we initially worked for nothing,” says Karl.

From the time consumers click through to a website to when they check out and buy a product, it needs to be a seamless and enjoyable experience, with easy, intuitive navigation.

With online businesses, often the start-up costs aren’t as high, which means you should invest your money in good infrastructure. That fear of being scammed we mentioned earlier? Scrimping on spending a few randelas at the beginning of the web design process isn’t going to be worth it if you get hacked or your website constantly has bugs that need fixing.

And deciding what to outsource or do yourself isn’t just relevant when you’re starting out – as you grow it’s just as vital. “The most difficult thing about growing is trying to understand what needs to be passed on to someone else who is better placed to focus on that area specifically. There are areas of the business that we’re extremely passionate about but just don’t have time to focus on, and a lesson is to know when to let things go and/or [when to] delegate,” advises Karl.

Don’t Wait for That Perfect Moment 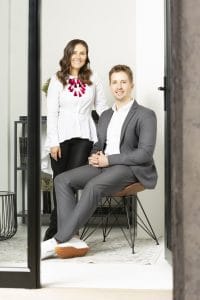 So many people put off doing what they want or sending their idea out into the world because they’re waiting for that one shining, perfect moment. Don’t wait for the right moment, just make the moment right and run with it.

“Being an online business, it was ‘just get the damn thing live’. Do not wait for perfection! Most things can go live 80% ready, then review the results and feedback and change quickly. We took our website live and no one bought from it the first week. Things we didn’t even think about were affecting the user experience. So taking it live just got us to those answers sooner,” says Karl.

But ultimately, when it comes to eCommerce you need to be realistic about the size of the industry. “Online is still in its infancy, however it’s on the increase and presents huge opportunities. We’re fortunate to have been part of this growth over the past seven years but, in our particular market segment – fashion – we have a long way to go to reach the UK figures of 28%, where one in every four dresses is bought online.”

It may be a long way off, but they’re moving fast – and it’s all thanks to Karl’s single-most important secret for success: “Good old South African ‘gees’ and guts.”