After making waves around the globe, Bodyboarding champion Andre Botha tells us his story

The deadline: the surge of a killer wave.

That’s how bodyboarding champ Andre Botha knows he’s made it.

He kicked as he felt the tide tug on his legs, angling his body towards the horizon of sand and construction on the coast. And with a sudden surge he was hurtling through the water, his bodyboard cutting lines of white foam in the green currents.

“That moment,” says Andre Botha. “That’s when I knew I was hooked.”It was a short ride as the foaming breaker spent itself in the shallows, but he’d already glided almost effortlessly into his first and most important epiphany. This was 20 years ago, and the future world champion was just a young, tanned kid finding his sea legs.

But he had spent his youth in pursuit of meaning – a chase that saw him jump from board to board, skating, surfing, and finally, here. “That’s the thing. You can surf for years before you’re good enough to take on a big wave. But with bodyboarding, you hit the waves and you start to fly right away.” 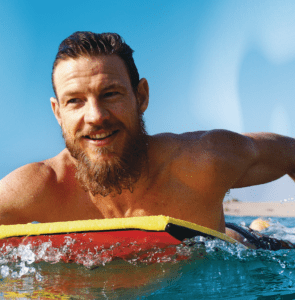 Andre is a bearded Durbanite with his roots in Cape Town. When he speaks you can hear what 20 years of living in salty water, on exotic beaches and breathing in nothing but ocean air can do for a guy. In a word: he’s mellow.

RELATED: How To Ride Waves Like A Pro This Summer

It’s an attitude that infuses the slow cadence of his speech and the “ays” that punctuate his sentences, and that clearly shows what happens when you do what you love, no matter what. Andre thinks back fondly to that moment when he chose to bodyboard. Like pulling a sword from a stone, his cheap Pick n Pay board was a vehicle for self-discovery. Within weeks he had progressed from greenhorn to great, earning a name for himself among the 20-odd bodyboarders who congregated around the Piers in North Beach.

“Once I got hooked, I was full-on obsessed,” he admits.

His dad, a doctor at Addington Hospital, would drop off the young wave-chaser on his way into work. And for hours Andre would scope out the swell, pick his spot and glide. As his confidence grew, so did the waves. He progressed quickly from the choppy tides lapping lazily in-land to behemoths barrelling towards the coast line.

The tubes were the best part, he says. As the wave began to taper off he would find himself cocooned in cool water, a spiral of foam-flecked green that roared with tidal energy.

“By the time you emerge you’re just on such a high,” he says. “It’s everything: the athletic aspect, the natural high of exercising and just being out in nature. It’s addictive.”

In the evenings Andre would page through surfing maga- zines and rip landscapes from their bindings, pasting wide-angle shots of Hawaii’s monster waves over the walls of his bedroom. And when he conquered SA’s biggest waves, it was time to take the next step. “My parents paid for me to fly to Hawaii; they knew I badly wanted to surf there,” he says. 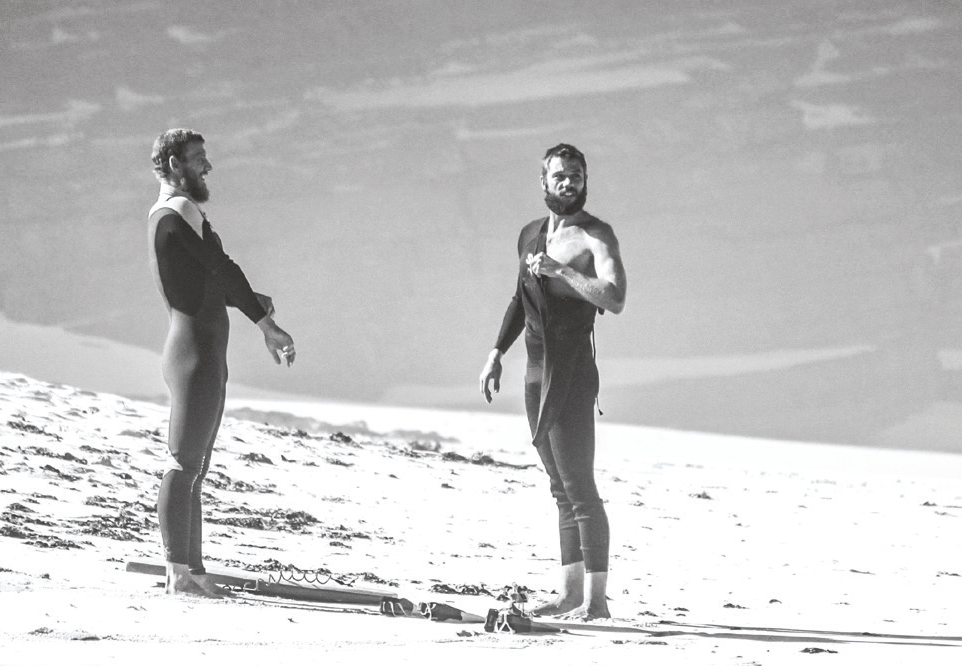 Competing at the World Tour at the time was coincidental, he was in the right place at the right time, and he jumped at the opportunity. “Hawaii – for surfers, for bodyboarders – it’s the ultimate proving ground. You haven’t cut it until you’ve proved yourself there.”

Not only did the young blood battle his way through multiple heats, he snagged the “Most Inspirational” award during his debut as a 15-year-old rider. It’s an accolade that landed him a sponsorship deal with Billabong when he touched ground back home, and set him up with a game plan for the next five years: win a world championship. He did it in two.

RELATED: J’Something’s Tips For Losing Those Extra KGs, Living Healthier And Being Successful

In Andre’s own words, bodyboarding is an art form. It makes judging a surfer’s session on the waves a tough gig. Winning by a small margin means you lucked out. Win big and you know your victory is unsinkable.

That’s why the boarder took a tactical approach. The best way to bag big points was by selecting a strong wave. When the other guys were competing, Andre had his eyes on the swell, scanning for a spot to launch his perfect ride.

“That’s where the big points are – the judges aren’t only judging your skill on the board, but your ability to pick the perfect wave.”

His strategy paid off, surging him into the final. But to take home the championship he’d have to place first and hope the current tournament leader botched his run and stumbled down to fourth. “And that’s exactly how it played out,” he laughs. “Once I had my session, I was forced to leave every- thing to chance and it just fell into place.”

But he was still hungry to prove himself, despite being one of the youngest riders to win a World Championship, at just 17. He returned the next year a man possessed: “This time there wasn’t going to be any luck involved.”

He was right. The final was was an identical finish to the previous year. For a kid who had just won the world’s biggest bodyboarding competition not once, but twice, you’d think he was beaming with pride. But in hindsight, Andre says he was burnt out. After the competition he started slipping down the rankings, and when he turned 21, Billabong cut the team loose, leaving the boarder to fend for himself.

“I told myself, it’s time to get a real job,” he says. But a year later the clockwork nature of managing a family-owned lux- ury guest house was grinding him down. What he knew for certain is that he wanted to be in the water. So he started bodyboarding again.

RELATED: You Can Trick Your Brain Into Making You More Successful. Here’s How

Now, at the age of 35, Andre spends his time travelling the world. He and his wife make ends meet with sponsorship deals, competitions, paid gigs and film reels. “Yeah, we scrape by,” he admits. But the reward is instant, tangible.

Can you really put a price tag on waking up to the waves crashing on the shore of an exotic coastline? And can you question a man who would rather spend his work hours wading in salty surf, the cool ocean air in his hair and the sun on his back.

“I just love it. It’s physical work that just makes you feel good,” he says. “That’s what I want, to exert myself, to push myself – there’s nothing quite as fulfilling, man. It’s full on.”

There is an expiration date on this nomadic lifestyle, but for now he’s milking it for everything its worth. And right now he’s riding the wave until it crashes.

For all your surf-related needs check out Pollywog and start catching waves of your own.