Behind Summer Hit ‘Face The Sun’ With YoungstaCPT & Ameen Harron

MH caught up with super producer Ameen Harron, as well as Cape Town's king of rap YoungstaCPT, to find out how they joined forces with Kyle Deutsch and Moozlie on new collab 'Face The Sun'.

Winter is over, which means it’s time to gather your troops and take a cruise to your nearest beach while blasting your new favourite summer anthems. But your end-of-year sunset playlist wouldn’t be complete without singer Kyle Deutsch‘s recent collab with YoungstaCPT and Moozlie called “Face The Sun”.

The vibrant track encompasses everything that you need to listen to on a bright sunny day: a wavy sing-along hook by Kyle heated by the killer verses from the two rappers over chilled melodies and drums produced by Ameen Harron. It’s a coming together of four of SA’s most exciting names in music. MH caught up with super producer Ameen, as well as Cape Town’s king of rap YoungstaCPT to find out how they joined forces on this project.

Long before the music video was shot in Clifton, Cape Town in collaboration with eyewear franchise Sunglass Hut, ‘Face The Sun’ started as a nameless concept by Riyadh Roberts aka YoungstaCPT and Ameen Harron. The award-winning artist approached Harron with an idea for a funk-inspired beat that he wanted to spit some bars on.

“I was listening to a lot of Anderson Paak and Mac Miller’s stuff and I wanted a similar vibe,” he recalls. “I told Ameen, ‘my bru, you’re the only man I know that can produce this kind of music in SA.’ I couldn’t think of anyone else that could make the beat I wanted.”

Harron welcomed the task with open arms – and ears. The music producer, record label owner and songwriter enjoys pushing his own musical boundaries and keeping his creativity in top form.

“I like the idea of challenging myself. Every new piece of music that I explore adds something fresh to what I already know and have been doing. It feels like I have more colours to paint with,” Harron says.

The project, however, wouldn’t stay between the two of them. After listening to Youngsta’s idea and making the beat, Harron couldn’t help but share it – with good friend, Kyle Deutsch.

“Ameen sent me the beat back and said ‘ya but I played it for Kyle and he also likes it, can I give it to him?’ I said it’s okay and ‘just make me another one’. Because I know he’s capable of it. He’s an OG. For him, it’s another day at the office,” says Youngsta.

The project grew from there, with Harron adamant that he could make it work for both artists. Moozlie was later added into the star-studded summer collab while Harron was still fine-tuning the beat. His next challenge was to incorporate each artist’s style into less than four minutes. The music producer flexed his genius muscle and found a solution in changing up the drums and making minor adjustments to suit the different verses. All in a day’s work, right?

“Initially, I was trying to make a ‘West Coast’ beat for Young,” he says. ” but then I realised that Kyle won’t sound his best on this, and Moozlie is more of a trap artist. This is why the beat switches up in Youngsta’s verse and then later again [with] Moozlie’s section. I liked blending the different genres into one song.” 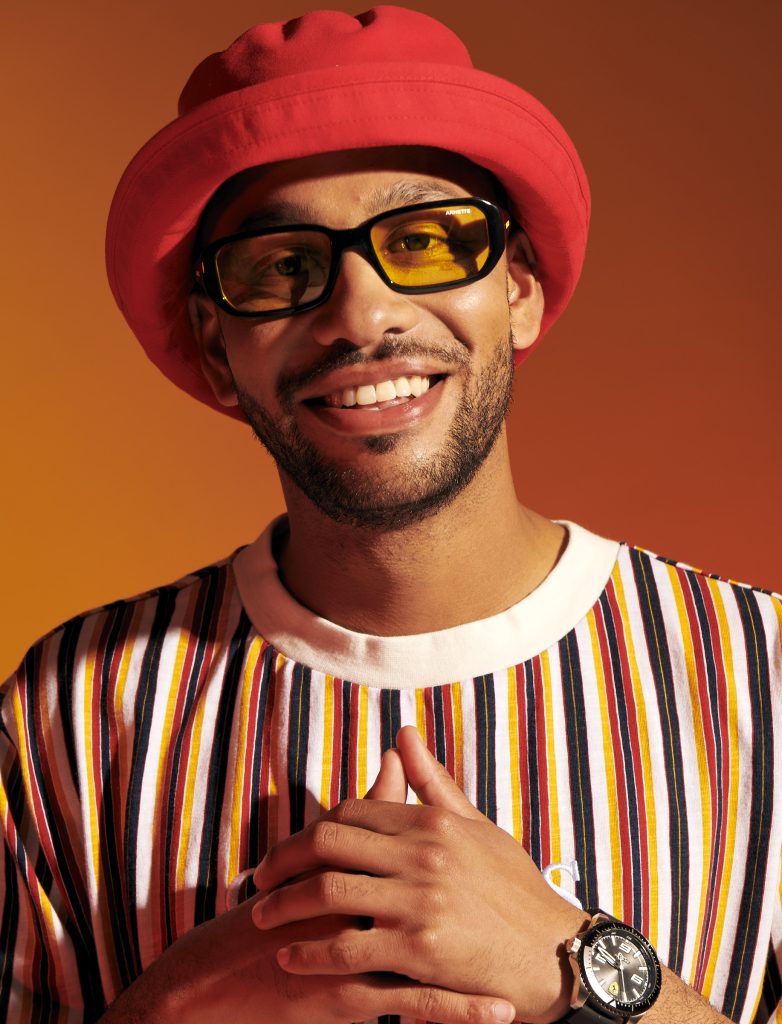 Youngsta also enjoyed the team effort. The themed nature of the song helped the SAHHA Album Of The Year winner craft witty punchlines with a deadly flow. He even gave a nod to various sunglass brands throughout his verse.

“With ‘Face The Sun’, for me, it was almost too easy. They gave me the topic and direction. Told me I’m in the middle – after Kyle, before Moozlie. That saved me so much time and effort. I even went the extra mile to mention sunglasses like Arnettes and Dolce & Gabbanas,”

In classic YoungstaCPT style, he also gave listeners a lesson in Cape Town slang, explaining that cape slang translates glasses to Banne in the opening line of his verse.

“Did I really say Banne and rhyme it with snot en tranne on a Kyle Deutsch song?,” he jokes. “Even though I still keep it very technical when writing my lyrics, I also like to be humorous in a lot of my songs. I don’t take myself too seriously.” 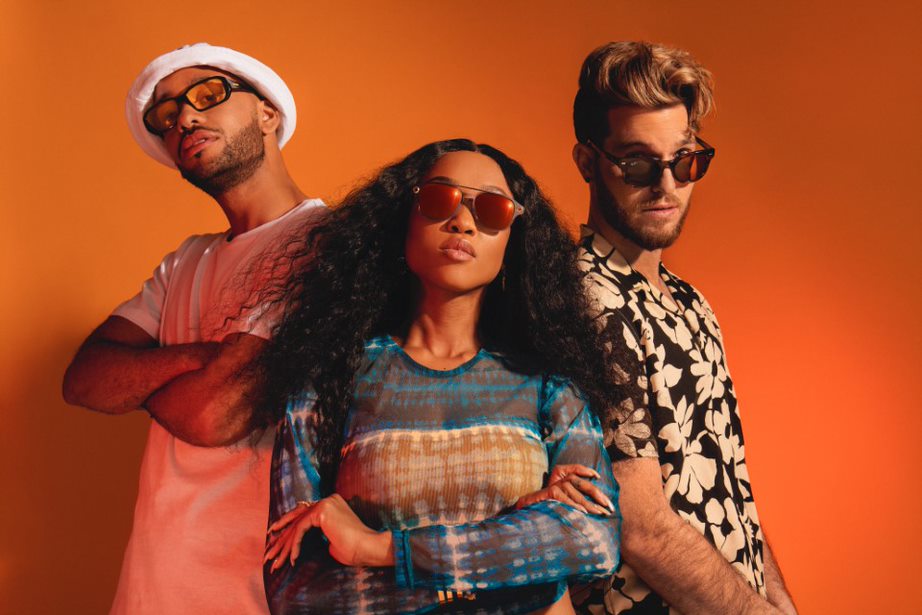 To top of this incredible combination of musical talents, ‘Face The Sun’ also comes with its own fashion. You can’t face the sun without shades, right? The song is now synonymous with Sunglass Hut, who provided the artists with the latest frames for the summer. In the music video, Youngsta is wearing the Arnettes, Kyle dons a pair of Ray-Bans while Moozlie rocks some Oakleys. Make sure you get yourself a pair, and get ready to face the sun (they’ll also make a great gift). Available at Sunglass Hut. 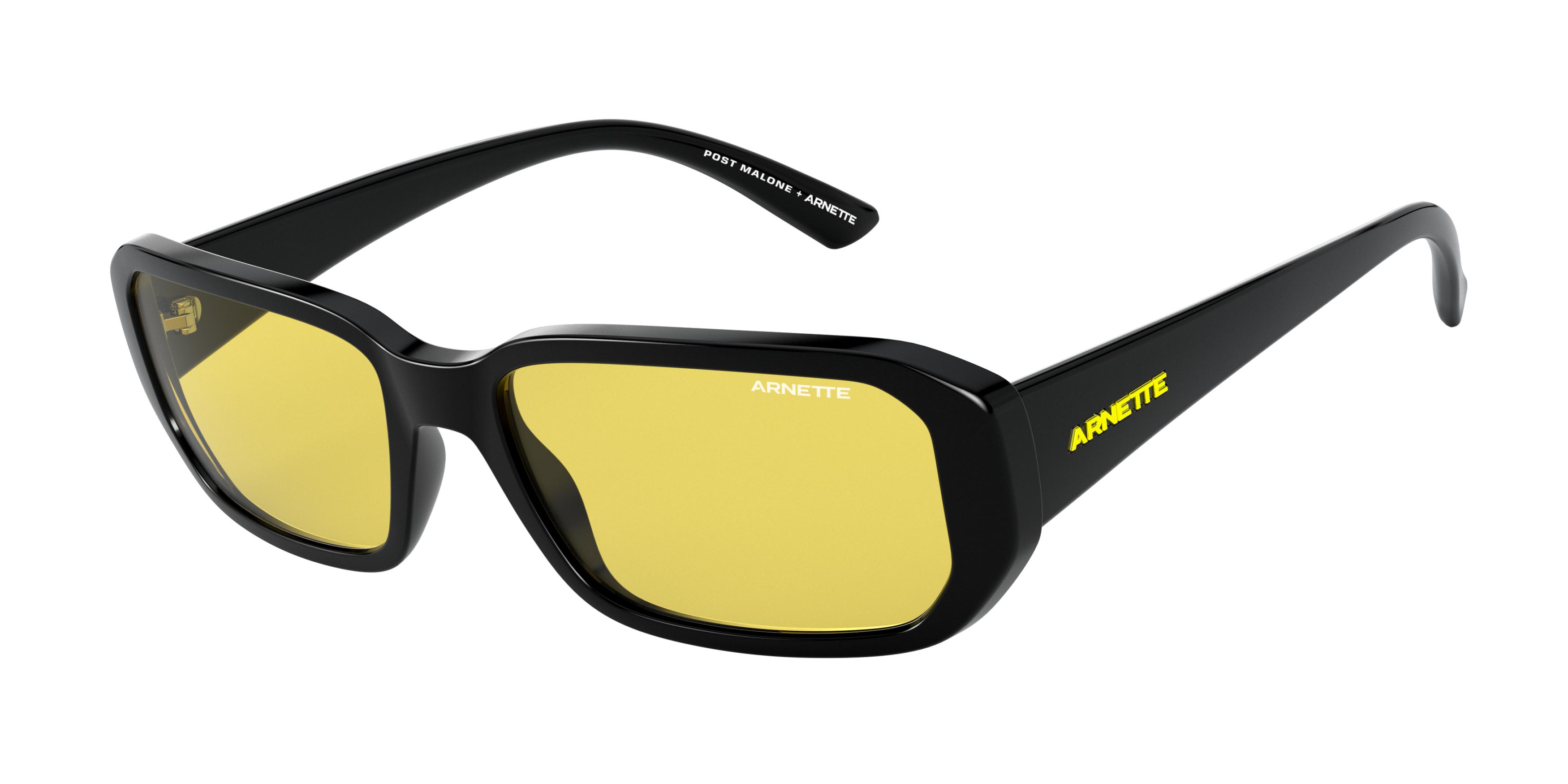 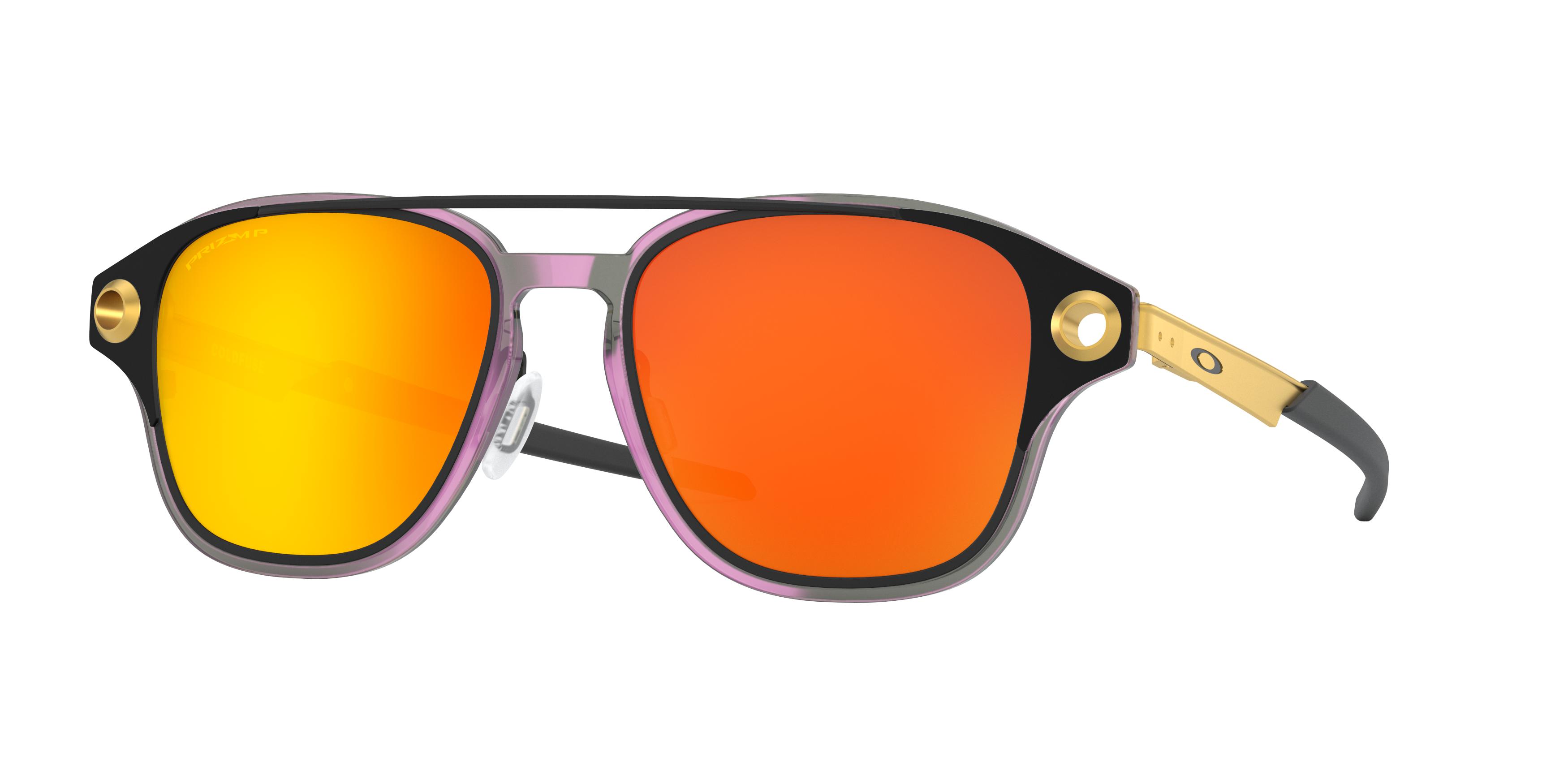 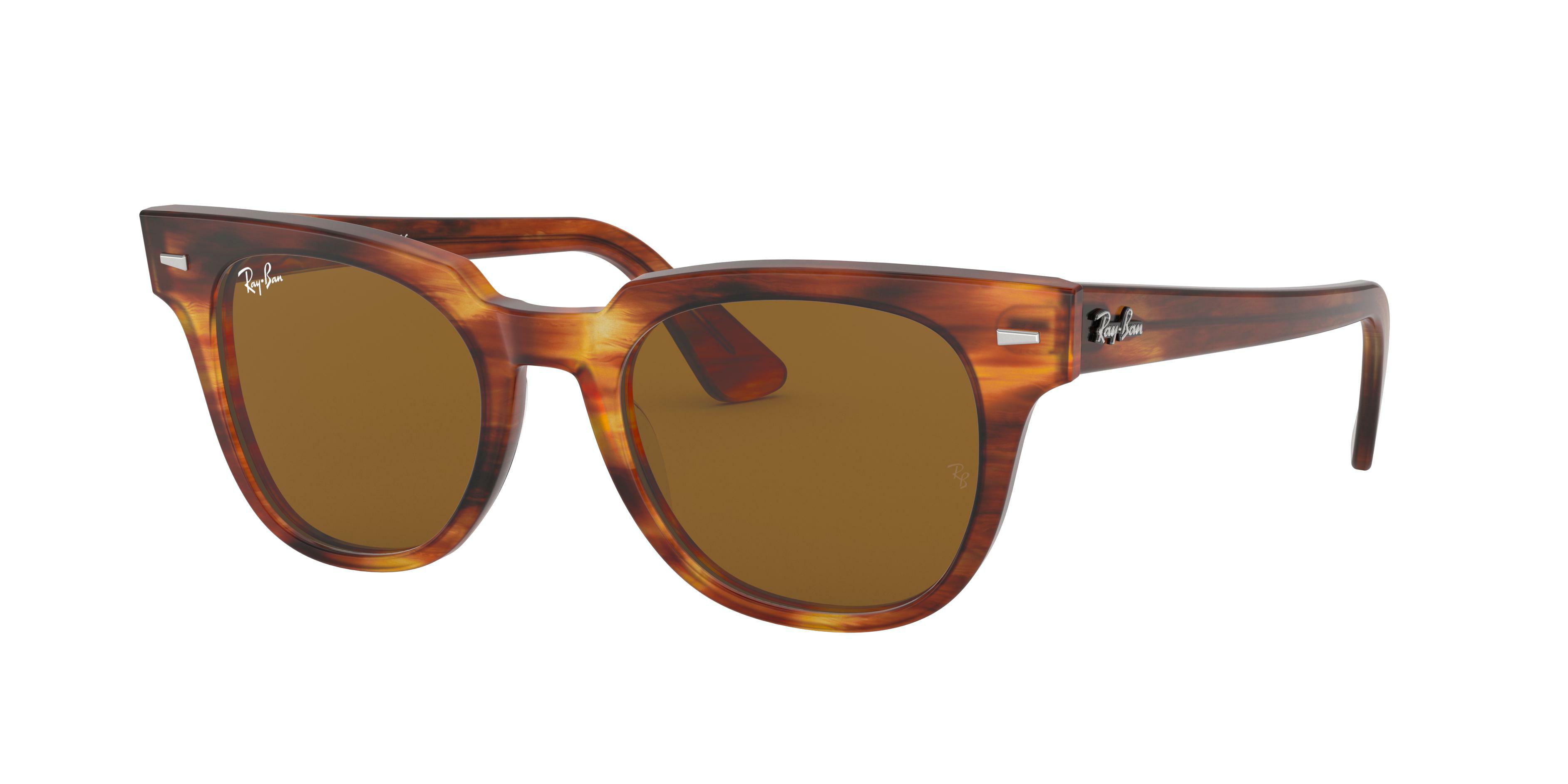 This isn’t the first time that the duo has collaborated on a song with other artists. Harron produced two tracks for Youngsta and Nommer 37 star, Irshaad Ally called ‘Hou Jou Man Dop’ earlier this year and ‘Dala Wat Jy Moet’ back in 2018.

It seems that both of these musical men are very comfortable when it comes to creating songs that South Africans will enjoy. We look forward to seeing – and hearing –  what they create next. If it’s anything like ‘Face The Sun’ then we’re in for a hot summer.

Read More: What We Learned From Chiropractor And Singer Kyle Deutsch