Your To-Do List For The Last Weeks Of Lockdown

'Cause nothing says, "I've got my sh*t together" like a checklist ??

Weeks into Lockdown, you’re likely prowling your property like a caged beast. Staring out the windows. Sinking into that you-sized indentation in the couch, your nails long, your hair unruly, your tracksuit pants smelling like a high school locker room. Man, you are feral. It’s time to clean up your act, son. And in the absence of a transformation montage, we have the next best thing: a list. 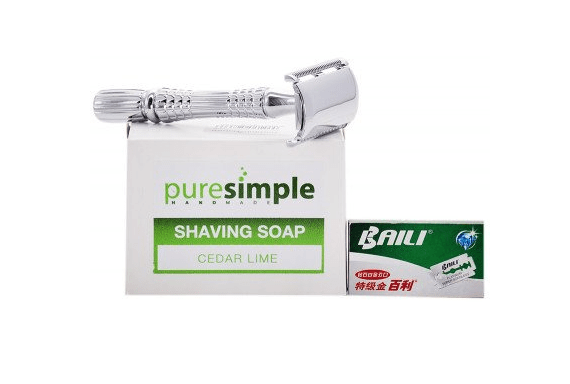 Arya Stark. Oliver Queen. If binge watching series has taught us anything, it’s that a list can be a powerful motivator. But couch potato science aside, there is genuine behavioural psychology that supports the power of lists for getting shit done. In an interview with Forbes, Paula Rizzo, author of Listful Thinking: Using Lists To Be More Productive, Highly Successful and Less Stressed, quotes a Dominican University of California study that found people are 33% more likely to accomplish a task once they’ve written it down.

Which brings us back to locked-down you. In your crusty state, the chances of you doing anything constructive are not high. (No judgement, just saying.) So a 33% improvement in your odds? Sold.

According to Rizzo, a successful list needs to have priorities. We’ve gone and done that for you. Now all you need to do is start executing (not in the Arya Stark / Oliver Queen sense).

READ MORE: How To Take Care Of Your Skin During Lockdown

2. Get dressed into clean clothes that you wouldn’t mind being seen in by an ex.

WHY: As Roxette so wisely pointed out, dressing for success puts you in the mindset to be successful. And that holds true both in the boardroom and just doing stuff around the house. If you’re stuck in a loop of Netflix and eating tuna straight out of the can, and you’re not quite sure how to break out of it, the simple act of cleaning yourself up will make you feel more motivated to be productive.

WHY: Your battery, dude.

5. Exercise. Aim for three workouts between now and the end of Lockdown.

WHY: Endorphins. Dopamine. Seratonin. What do all of these have in common? They’re all neurotransmitters (brain chemicals, if you will) that make you feel good. And guess what? Exercise triggers your brain to release them.

When you’re stuck in your house with nothing fun going on, it’s easy to start feeling anxious and depressed. An exercise-induced surge of mood-boosting neurotransmitters can help counteract those blues. We know your lounge can’t mimic the iron paradise you’re accustomed to, but while you might not get swole, even a bodyweight workout will do the chemical trick. For extra endorphins (and fat burning, FYI), up the ante with high-intensity interval training.

7. Clean out a cupboard (extra points if you level up and muck out the garage).

8. Fix something you’ve been meaning to fix for weeks (fine, years) but never get round to.

WHY: The sweet sense of accomplishment. There’s nothing worse than feeling worthless and spare. Getting something done makes you feel useful. Sure, you might not feel like it. That couch dent isn’t going to keep itself warm. But treat it like any other task you’re not in the mood for: just start. Reorder one shelf. Chuck five things out. Before you know it, you’ll be sitting back with a cold one, admiring your handiwork. And the more physically demanding the task, the better FYI. That feeling of aching muscles after a day of manual labour makes that sense of accomplishment so much sweeter.