Master the art and you’ll learn more than you think.

Photography by Sigrun Engelen of Heart and Soul Photography

If you’re hoping to become a karate prodigy and fulfil all your revenge fantasies, JKA karate is not for you. If you want to become disciplined, focused and stay in the best shape of your life, congratulations, you’ve found the sport of your dreams.

The Japan Karate Association (JKA) is the only karate association approved by the Japanese government. With it’s headquarters in Japan, it is the largest karate organisation in the world. In 1963, Stan Schmidt established an affiliate in South Africa. It has grown exponentially since, with over 12 000 members based throughout the country’s nine provinces.

Related: The Workout That Helped This 42-Year-Old Guy Sculpt His Six Pack Abs

The Japanese martial art is based on the tradition of Bushido (the Samurai code of honour, discipline and morality). It’s a way of life that trains its practitioners to be peaceful and to respect others. “In times when conflict is unavoidable, true karate dictates taking down an opponent with a single blow,” says SA JKA National Coach for Team South Africa, Bernard Buys.

Buys’ first entry into a dojo will forever be etched into his memory. His mother thought karate would be a great way for him to expend the restless energy he had when he was just four-years-old. But it didn’t go as planned. Too scared to ask the karate instructor if he could use the bathroom, he wet himself all over the floor. But embarrassment didn’t stop him. Two days later he was back to try again, and promptly fell in love. 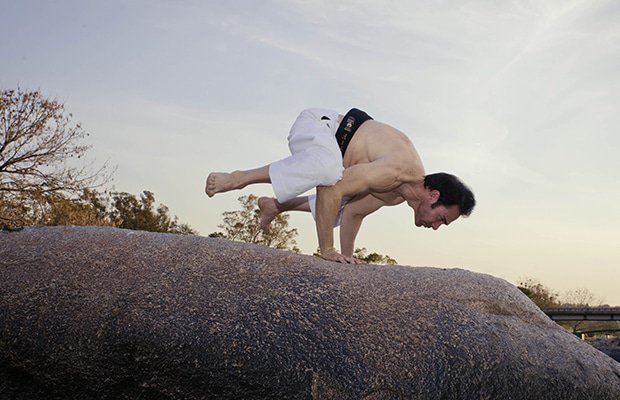 After briefly pursuing a career as a lawyer, Bernard realised that his true passion was karate. He swapped his suit and tie for a karate gi (traditional karate uniform). He is now a full time JKA karate instructor to almost 200 students in the northern suburbs of Johannesburg. “I love what I do and wouldn’t change it for anything. I find it incredibly rewarding to teach JKA karate to students, see them grow and love to pass on my knowledge,” he says.

Related: Here’s How You Can Win Any Fight In 5 Steps

Whether you’re 25 or 45, it’s not too late to start practising JKA karate. “JKA has a large number of novice karate practitioners over the age of 40,” says Buys. They’ve also introduced a special division at competitions which allows people with disabilities the opportunity to compete in tournaments.

According to Buys, JKA karate develops and improves concentration, coordination and discipline, which could be beneficial to your job as well. “It also helps adults in their relationships with others, coping with stress and dealing with conflict resolution.” Along with great interpersonal skills, JKA karate strengthens your mind and body. As adults we become quite sedentary, sitting behind desks for hours on end. Practising JKA requires you to perform movements that aren’t used often, such as kicking and hip rotations.

Bernard trains 40 hours a week and follows a strict diet with no sugar and no alcohol. “I was born with a liver condition so my alcohol intake has always been something I’ve had to watch,” he says. But don’t worry if you’re not that committed. Training for 2 – 5 hours is adequate enough to allow you to reap the benefits that the karate provides. And if you’re one of those eyeing a black belt, you’ll need five years of dedicated training to reach that level.

But if you’re not one for competition, rest assured, you aren’t forced to participate in tournaments. “The beauty of JKA is that practitioners do it for various reasons and benefits,” explains Buys. “Some do it for the mental aspect, while others do it for its sheer fitness and flexibility benefits.”

Practising JKA karate arms you with self-defence techniques. Buys prefers to avoid conflict in tense situations but once used the skills to defend himself from an attacker. “All it took was a well executed kick to the head which rendered him incapacitated – a win win situation for both of us as he kept his knife, and I kept my smart phone,” he explains. He believes the only time you should engage in conflict is when your life is in danger. 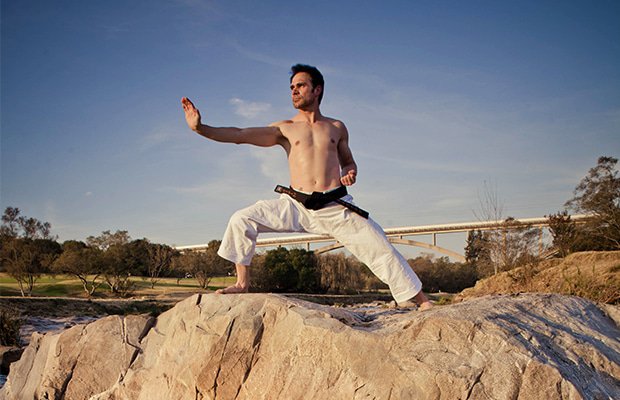 While you’re not expected to compete, you are expected to train hard. Buys says JKA karate prides itself on hard, uncompromising and dedicated training with strong roots and an ethos entrenched in its five maxims. “It’s not uncommon to find 70-year-olds with six packs. Most practitioners look ten years younger than what they are.”

A typical training sessions starts with a warm-up, followed by a combination of kihon (the basics), kata (predetermined forms of movements against an imaginary opponent) and kumite (sparring). Instructors demonstrate the techniques which students are then expected to perform with vigor, speed and perfection. Sessions are therefore high intensity with no rest in-between. Training also includes fitness and body conditioning exercises.

Related: Earn Your Muscle The Hard Way With MMA

If you need proof of the benefits JKA karate provides, Buys is an excellent example. The 43-year-old is currently South African’s grand champion in both Kata and Kumite. He’s still able to do the splits, boasts a ripped six pack and has 6% body fat. He contributes this to his rigorous training programme and strict eating regimen. His motto in life is to maintain a disciplined and focused outlook on life. His quest: to become fitter, faster, better, stronger and leaner each year.

Buys has come a long way since his first foray into the art. What started off as an attempt to keep a 4-year-old occupied and teach him how to defend himself from the school bully, later turned into winning competitions and today being a Dojo Head and the grand champion of SA JKA.