He has sacrificed the safety net of a full-time job, and thrown caution to the wind. 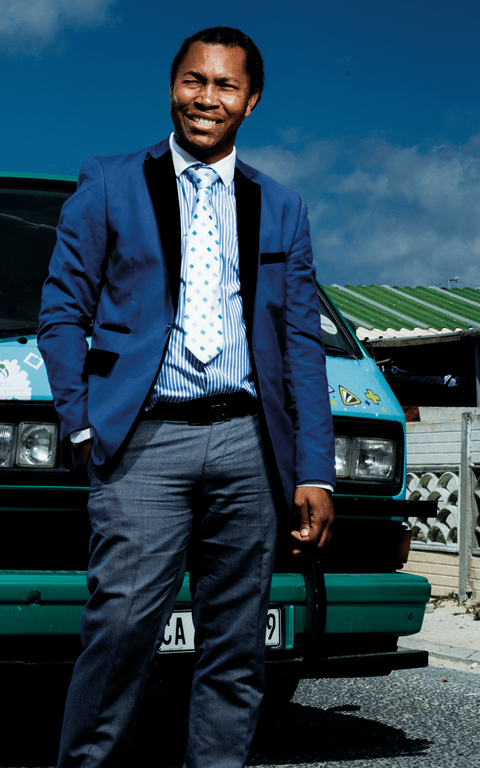 For Banetsi Andreas Mphunga, who turned his counselling practice into therapy on wheels, there’s only one rule: never stop moving.

This wasn’t his calling, the professor told him. And on paper, maybe he was right: Banetsi Andreas Mphunga was trailing at the bottom of his class, struggling despite hours spent studying and agonising over his papers and tests. But Banetsi was equal parts stubborn and certain that psychology was the way he wanted to make a difference. And he also believed he had something nobody else had: a resilient, unbreakable entrepreneurial spirit.

Now, he’s the counsellor on wheels, a man who ditched the safety net of a fulltime job and sank his money into a Kombi to travel into impoverished communities, helping people who had given up on help a long time ago. He’s making waves, but he’s only getting started. His endgame is to peel away the stigma around mental illness and life-saving therapy, one kilometre at a time. There were drugs. Lots of them. And as a teenager in Khayelitsha, Banetsi tried them all. 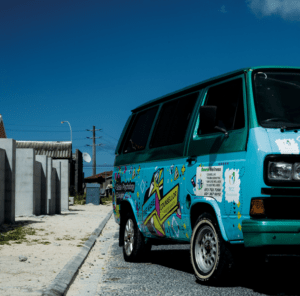 “I was a typical kid in the township,” he says. “I know what dagga tastes like, and what mandrax tastes like too.” But unlike his friends, many who had to return to broken and abusive households, Banetsi’s home was a safe sanctuary, guarded by disciplined, inspirational and supportive women. His mother and sisters gave him the room and independence to make his own mistakes – in the aftermath of which he wouldn’t be chided, beaten or ostracised, but told where he had gone wrong, and how to correct his course. “And so with the drugs, for example, when I saw things were going too far, that I was going to be burnt, I had the ability to see that I was heading down a dangerous path, and I pulled back,” he says.

When Banetsi finished school, he was certain he wanted to be an architect. But after numerous rejected applications, he settled on studying oceanography. It turned out to be a huge mistake – he was miserable. After three, unsatisfying and arduous months, he turned to his sisters. “I told them I wanted to drop out,” he says. They were supportive – even taking him to a psychologist, who recommended he study a new field. The session was instrumental in clearing his mind, helping him see a path he hadn’t even considered: becoming a psychologist himself.

“I had done an internship at the Department of Social Development before that, and I had enjoyed what I was doing there: the interventions, the work… it was very rewarding,” he says. He applied to study psychology at the University of the Western Cape. During his third year, a professor pulled him aside. “This course isn’t for you,” he told the passionate student. “Why don’t you go and do something easier?” 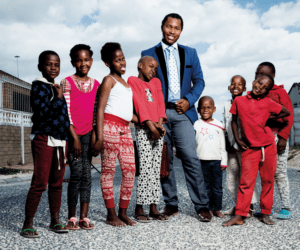 At the time, Banetsi was struggling. His official transcript was dotted with plummeting grades. But giving up now wasn’t an option. The young student had a vision: he wanted to help people in a way he knew nobody else could. And part of him wanted to prove people wrong, to show them that it wasn’t just about numbers on a piece of paper, that his mission was bigger than all of this. He stuck it out.

When he passed, that same professor said to him: “When you entered this room, you entered as my student. When you leave, you leave as my colleague.” Banetsi was floored. He had to sit down. To date, it’s still his proudest moment – a payoff for the years he spent believing in himself, despite languishing at the bottom of his class. He would need to tap into that energy after university, as he struggled to find work. “I searched like nobody’s business,” he laughs. “But no luck.”

Related: Rise From The Ashes: The Story Of Long Jumper Luvo Manyonga

He ended up volunteering in Khayelitsha, doing a job that had nothing to do with his degree. It turned out to be an invaluable move, bringing him back to the ground level of the issues running rampant in the township. Between the addiction, crime, abuse, gangsterism, teen pregnancy and broken households, it was clear that urgent intervention was required. “I thought to myself, how can I help these people?” he says.

That’s when he bought the Kombi, reworking the van’s innards to resemble the confines of a counselling room. He brought psychological help right to people’s doorsteps, a quick step to climb over the intense stigma around mental health and help. It’s difficult and expensive but rewarding work. He’s working with people who suffer every day and night, who see no way out. And he gives them hope, the tools to cope with their struggles. He works with rape victims, gangsters,  drug addicts, abusive fathers, abused mothers.

“It’s draining, sometimes,” he says. “When I go to see my supervisor, the debriefing process I go through is so intense. I’m one person, and I sometimes have to carry so much.” But he sees changes, and that makes it worth it. Just recently he helped a violent father overcome decades of anger and finally find peace, using a colouring book to overcome the man’s tough exterior. “These townships have been ruined by our history, and we still have a backlog of issues that haven’t been resolved. There are no psychologists out here, or in the rural townships in the Eastern Cape, or Limpopo, or the Northern Cape; and we need them here most.”

Related: This Guy’s Unorthodox Approach To Fitness Can Help You To Overcome Any Obstacle Or Plateau

Banetsi wants to travel the country. But for now, he has to figure out how to pay for that. A week on the road would break the bank. Months? Not possible – yet. “Yes, the Kombi is broken down right now,” he says. “But I will fix it. I will find a way to do this – with help, or all by myself.”