How Orlando Pirates Is Giving Back To The Community

The team played a hand in building 150 ecobricks for Yomelelani Primary School.

On Mandela Day, local football club Orlando Pirates in collaboration with their official sponsor, Adidas, dedicated their 67 minutes to a primary school in Cape Town.

“Teamwork on another level.” ? . In honour of #MandelaDay, we joined @adidasza, @ecobrickexchange and @orlandopirates in making EcoBricks for their 67 minutes of service. . An EcoBrick is made by filling 2L plastic bottles with compressed soft plastic waste, which also contributes to the #PlasticFreeJuly initiative. . Swipe to see the Pirates players do their part☝ . #mandelaeffect #adidas #menshealthza #orlandopirates #madibaday #67minutes

The initiative is inspired by Ecobrick Exchange and its mission is to fight against marine plastic pollution by utilising used plastic bags to create eco friendly objects. The Pirates players used some serious teamwork to build five bricks in their short, but rewarding visit, and also inspired 150 ecobricks that were built on the day. The bricks are going to be given to Yomelelani Primary School to build field stands and other useful facilities. 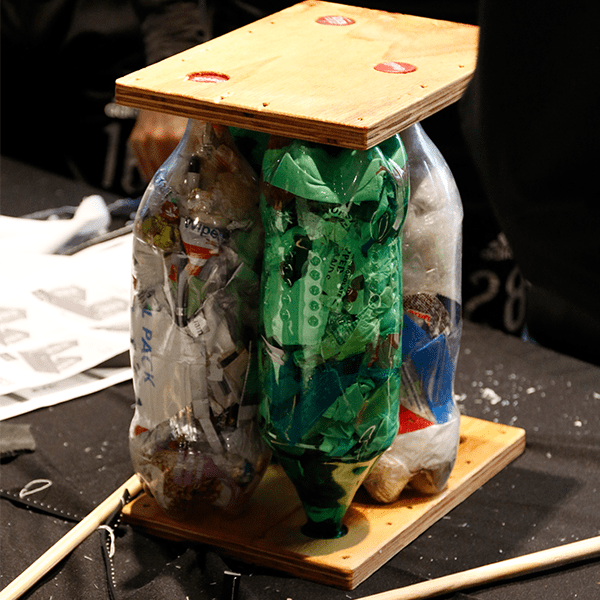 Orlando Pirates captain Happy Jele explained what giving back to the community, especially on Mandela Day, meant to him.

“In terms of community development under the common Nelson Mandela Commemoration banner, this means a lot to us as a club and to me personally. Nelson Mandela has done so much for the country and it is ours⁠—the fortunate⁠—to give back to our youth by helping them improve their skills,” the captain said.

Related: This Is How You Can Help AB de Villiers Make A Difference For Charity

He said as a club they never imagined themselves building ecobricks and that they are excited to have learnt something new. He also hopes that the youth imparts the leadership qualities set by Nelson Mandela.

Energetic Mandela Day greetings! ? Each year the level of support around this time of year just seems to grow and grow. The Madiba Magic is certainly alive and growing. ? It was such a privilege to host interactive workshops today with @adidasza , @earthchildproject , Yomalela Primary EcoClub members, @orlandopirates , @vandawaterfront , @seedcommunitysa , @makerstationhq , Sea Harvest, @supturtles and @digioutsource ? The activities spark the beginning of a series of school benefaction projects in Khayelitsha, Athlone, Zonnebloem, and Saldana Bay. Keep your eyes peeled as the stories unfold. ? If you’ve still got 67 minutes to donate towards a charitable cause stay tuned for upcoming events and areas in which you could support a project. ? Even though it’s Winter, the pride and spirit of Ubuntu witnessed this week has warmed our bodies and fired our spirits. ? A huge thank you to all who took action or showed support. ?

This might have been the team’s most challenging charity initiative, but it definitely wasn’t their first. Earlier in the year 2019, Pirates players, together with Adidas, cleaned the streets of Soweto. They visited the rundown Orlando area and took to cleaning it up themselves.

As a young, talented giant whom every young football fanatic looks up to, the team’s captain thinks it is quite important that they take up the responsibility to mould, lead and motivate the young. Jele urges every other local football star to take charge in building a well-groomed society.

“I am also aware that some young people might not know Mandela and what he’s done and how he led the country to where it is now, that is why it is important for us influential football stars to present an inspiring persona because we are the current role models to the youth.

“As Orlando Pirates players we pride ourselves in being role models to our youth and we motivate each and every young boy and girl out there to chase their dreams and know that the sky is not the limit, there is absolutely no limit to achieving your goals.”