But even though it was a Monday and overcast, Anton Devos, who was studying forestry at Saasveld and had just got back from a six-month practical in Ixopo, was happy to be home. Looking for waves with his older brother Paul made it that much better.

In a town that doesn’t have much to offer in terms of entertainment, Gonubie Point is a veritable treasure trove. Swell rolls in from the deep water beyond the barrier, hits a shelf and forms a short, intense right-hander that peels across the rocks. Famously fickle, when it does deliver it’s like gold and getting it good for just half an hour with nobody else out is like winning the lottery.

But on this particular day the waves were uninspiring and the water was an uninviting grey. Paul and Anton had been watching it from the car for about an hour when the following conversation took place:

Anton got some fun waves on the inside and Paul waited for a set wave that never came, eventually paddling in without even catching anything.

“I’m going in I feel like shark bait sitting out there.” said Paul.
“Ja, cool,’ replied Anton. “I’m just gonna have one more wave and then I’m coming in.”

Today Paul is 35 -years old and lives in the South of France with his wife and two children. He’s in information technology and somewhere near the bottom of his CV is lifeguard. For two years Paul wore the red boardshorts six days a week while doing his B.Com at night school.

At first he wasn’t even interested in getting his Surf Proficiency Award or working as a lifeguard, but Anton, who had done Nippers at Nahoon Surf Lifesaving Club, had convinced him that it would be better than packing shelves at Giesie’s Supermarket.

For one, you got to surf all day, you had hot showers and the rest of the lifesaving shack at your disposal and then there were the girls who’d spend their holiday tanning next to the high chair. The only real work was pulling Eric out of the river when he’d attempt to cross it with a half-empty two -litre bottle of wine, or moving ET, a local surf-hero who’d become brain damaged after a car accident, out of the sun when he’d fallen asleep on the beach.

The rest of the time you’d blow a whistle and herd bathers between the flags. Worst-case scenario the big rains would form a channel in the bay and then you’d spend your day fishing bathers out of the rip-tide with the rescue craft. Twenty-five rescues in a season was considered something of a record. 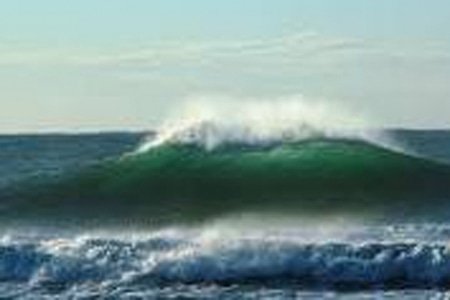 Anton was about 50m from the shore when the shark lifted him out of the water.

“It looked like a torpedo,” eyewitness Foden Saunders told the local papers afterwards. “Like something out of a  movie.”

Paul was in the car park taking off his wetsuit when he saw the splashing.

“This huge shark attacked Anton. It was massive. He was just punching it as hard as he could. Right on the nose.”

Even though it was the most brutal thing Paul’s ever seen in his life, it was the silence that really spooked him.

“An attack this ferocious should be loud, like a lion roaring or something. This was eerily quiet.”

Paul often wonders if his memories are real or if perhaps he’s unable to distinguish the reality from the nightmares. However, at the time he was surprisingly calm. He’d played out the scenario in his head hundreds of times before. He’d almost expected it to happen at some point.

Just not at Gonubie Point, and definitely not his brother.

1998 had seen the most attacks ever in South Africa, 15, all of which took place in the Cape. In response the East London municipality had jacked up its shark contingency plan so that all the lifeguards received shark attack scenario training.

With this in mind Paul sent someone to fetch the shark-attack pack and the lifeguard who was filling in for him that day.

The shark had left Anton in a pool of blood, but somehow he’d managed to get back onto his board.

Anton was pale. He looked confused. Then he put his head down on his board as if he was going to sleep.

Paul scrambled across the rocks, dived in at the paddle-out spot and swam out to Anton.

“When I got to Anton I shook him awake and screamed at him to kick. I grabbed his arm and tried to swim with him but it was really difficult because he wasn’t doing much.”

Paul pulled Anton’s arm over his shoulder and dragged him up the slippery rocks. A wave crashed into them and they fell. Anton hit his head on the rocks.

Another surfer ran down from the car park to help Paul get Anton to higher ground. Paul then applied direct pressure to the femoral artery above what remained of his brother’s leg.

“When I saw his leg I knew that he would lose it. There was just bone. He also had smaller chunks out of other places and his hands were shredded from punching the shark in the mouth.”

“This shocked me because up till then I hadn’t considered the fact that Anton might die.”

Graeme Thompson, the lifeguard on duty, brought the shark-attack pack and the town’s doctor, Dr. Kelly, was there too, so he administered the drip. An ambulance arrived and Paul cursed the medics telling them to hurry up. Anton was slipping in and out of consciousness. His heart stopped and he had to be revived. Paul’s boss, Rob Klok, chief lifeguard for East London, went with Anton in the back of the ambulance where again he suffered cardiac arrest and had to be revived.

Wally Devos, Paul and Anton’s father, had been cycling and seeing the ambulances and all the commotion made his way towards the crowd that had gathered in the car park at Gonubie Point.

There’s a little white fence that runs the perimeter of the picturesque bay and, after hearing that it was his son who had been attacked, he walked over to it and sat there with his head in his hands, not saying a word. 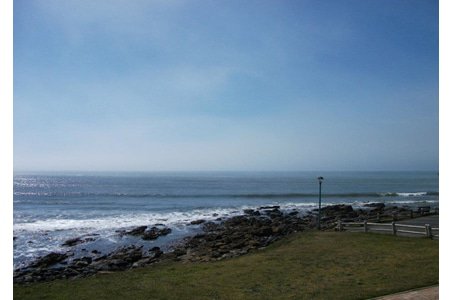 Paul put his dad’s bicycle into the back of his car and drove them home where he barged into his younger brother Justin’s room and told him that Anton had been attacked by a shark.

An emergency call on local radio stations was made for blood to be donated and the whole family stayed at Saint Dominic’s Hospital that night while friends camped outside in their cars, waiting for some news.

Anton underwent a blood transfusion, his leg was amputated above the knee and he was put on life support.

Paul paced the hospital until the next afternoon when he finally decided to go home. He still couldn’t sleep.

“I heard the front door open and my dad came in and told me that my brother had passed away. It felt like I’d been stabbed in the chest.”

There weren’t any churches big enough for Anton’s funeral, so it was held at the Gonubie Primary School hall. People came from all over the country, and – together with all the flowers, cards, faxes and letters – it made Paul happy to see how Anton had touched so many lives.

“I sat at the funeral staring out the door convinced that Anton was going to come running in with a huge grin on his face telling everyone it was just a big joke.”

That night there was a massive party at Buccaneers followed by a lingering hangover.

The lineups were empty for a long time afterwards, and the grey of that day seemed to stay. Paul took some time off from work, agreed to see a psychiatrist and decided to complete his studies in landlocked Grahamstown. Six months after the attack Paul paddled out at the place where his brother had died.

“It was Christmas or Boxing Day. All the locals were out and everyone was happy to see me there.”

But he never surfed it again.

“Gonubie Point is still my favourite place on the planet. Anton’s ashes were thrown there so it’s like a part of him is still there. I still like go down there, sit on the rocks and feel the spray.”