Here’s What Nathan Castle Learnt From Being On Survivor SA

We caught up with him to find out how he prepared for the show and the lessons he took home. Plus, he gave us the workout he used to prep for the island!

“I don’t think any profession can prepare you for the challenges you’ll face on Survivor,” says season seven contestant Nathan Castle. The media director was the most recent castaway voted off the Island of Secrets – the culmination of a blindside masterminded by Geoffrey Cooke-Tonnesen. “Unless you’re a survivalist – someone who spends a lot of time outdoors or who’s used to braving the elements – your job won’t help you because nothing can prepare you for anything you’ll face.”

It’s wisdom that’s the secret to survival, Nathan realised in hindsight. Before traveling to the island he tried his best to prepare. The qualified personal trainer continued to train hard in the weeks leading up to the show. He also started doing intermittent fasting to help his body prepare for what’s to come.  “I starved myself a little. For a couple weeks before the show I would only eat one meal a day to get my body used to it.”

Sculpt your physique with these eight exercises:

In addition to all the physical preparation he underwent, Nathan also saw a psychologist to get his mental health in order. He made sure to watch season 6 before heading to the island, which he realised was a mistake shortly after arriving. “There are challenges on the show that you think will be easy; and if I was in my normal physical state they probably would have been. But what you don’t see or think about while you’re on the couch is that you haven’t eaten that day, or for that week before the challenge, you haven’t slept properly and then all of a sudden it’s not that easy.”

Related: 6 Products That Will Give Every Type Of Sleeper A Better Night’s Sleep

Although Nathan Castle knew Survivor would be tough, the show was tougher than he expected. He injured himself twice on the show. First, he injured his foot by accidentally landing on some coral. Limping around the island, he didn’t think he was cut out to last much longer. He even went so far as to insist Rob vote him out of the Island. But he persisted. Not long after, he cut his hand while slicing into a coconut, and the injury made it difficult to perform well in challenges. 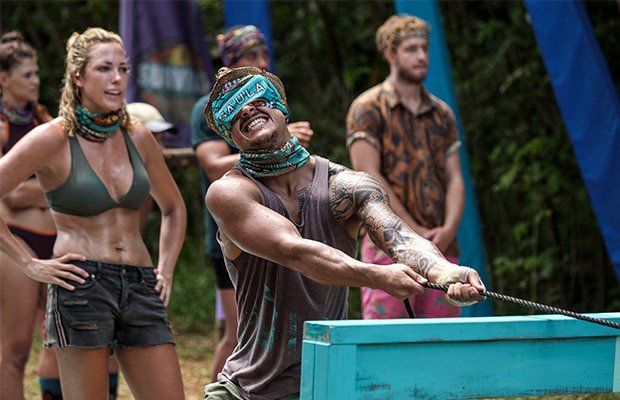 Aside from the physical challenges he faced, his mental health took a knock as well. “Physically you’ll surprise yourself; you’ll be wet, you’ll be starving, you’ll be sleep deprived, you’ll be emotional, but your body seems to be okay with that. What is a challenge is your mental health – trying to keep it all together, trying to remain stable…mentally the game is a lot tougher than what you see on TV.”

Watch the video below to learn more about his time on the island:

“When I came back I changed my priorities slightly, I made a mental note about the important people in my life, and I made sure those people knew how important they were to me.”

Alone with his thoughts, the media director found himself thinking a great deal about life, and the people in it. While he expected to miss food and the warmth of his home, he didn’t realise how much he would miss those he was closest to. “When I came back I changed my priorities slightly, I made a mental note about the important people in my life, and I made sure those people knew how important they were to me, and hopefully will continue to know how important they are going forward.”

And what’s in store for the castaway going forward? While the 25-year-old doesn’t have a definitive idea of what the future will bring, he is hopeful about the possibilities. “I’m trying my hand at different aspects of the film industry. I’ve done stunts and now I would like to try my hand at acting and maybe go into presenting. I would just like to see where this crazy ride or journey takes me.”