The new Forester is bigger, smarter and slicker – but has it lost its spunky character?

When most people hear Subaru, they think of outrageous rally cars, legendary boxer engines, and tarmac speed machines with huge air intakes. Family-based SUVs are not what comes to mind first, at least not in the beginning, which is a pity, as this kind of Scooby has plenty to offer.

The first few Forester generations were boxy, tough, dependable allrounders with surprisingly good build quality, boot-loads of practicality and versatility, and a go-anywhere attitude that rivalled many more serious off-road focused cars. Even though it didn’t have the brand cache of its bigger rivals, it grew a die-hard cult following of loyal owners and fans. That is both a pro and a con for Subaru: loyal fans are fantastic but making big changes in a revered car can cause friction. The good news? The changes are all improvements bar one – but we’ll get to that. 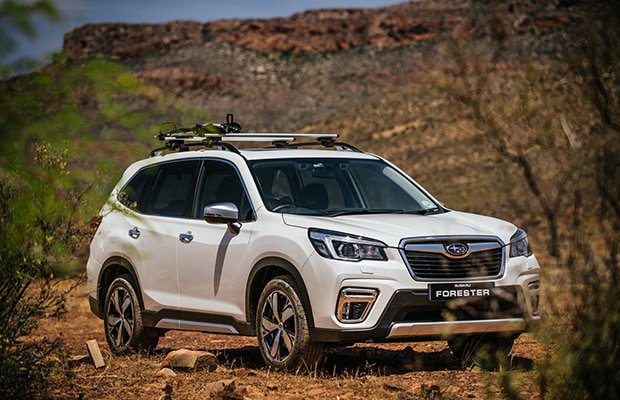 In terms of looks – it’s a better-looking car in the metal, but it isn’t a huge departure from the previous model. The new one is slick and well-appointed, right from the 18-inch alloys on my unit through to the tech-filled, plush leather interior. The interior, especially the rear legroom and boot space, is roomier, thanks to the longer wheelbase (thanks to the new platform it shares with other Scooby models) and there are smart touches in the rear too – USB charging ports, extra storage options, and Isofix anchors.

The drive is a mixed bag. It surprised us in terms of fuel consumption (something the Forester was notorious for) as it was relatively light – we kept it under 8.5 litres per 100km for the week we had it. However – this came at a cost. Even though the Subaru CVT tech (Lineartronic) is up there with the best, it still hunts and whines up and down the rev range, especially when you’ve got a heavier foot on the highways. Couple that agricultural-sounding noise with an engine that is tame and lacks firepower, and it is a disappointing one-two combo. 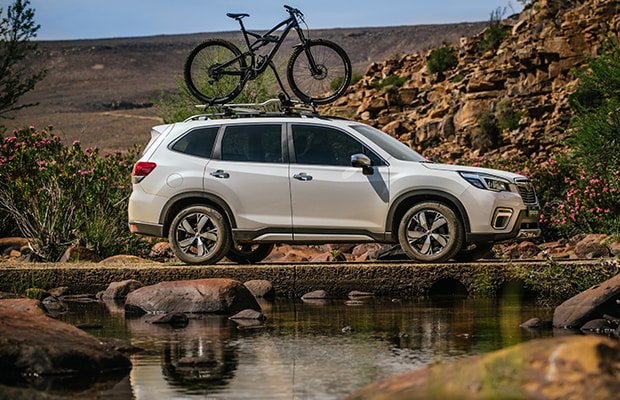 Once you get past that negative, it’s impressive on the road and off it, thanks to their clever all-wheel drive system, higher ground clearance (220mm) and tweaked chassis. It’s comfortable on tar and trail, and the excellent build quality and smart all-wheel drive is there, along with some impressive driver assistance tech (the EyeSight system) and interior gadgets (the parking cameras and primary touchscreen are highlights) – especially in the top model which we drove. It has a Harmon Kardon sound system with nine speakers, LED headlamps which follow your steering, and a smart sunroof. All of this is fantastic, especially considering the surprisingly good price range. You get plenty for the price tag – and that’s without even comparing it to costlier European rivals. 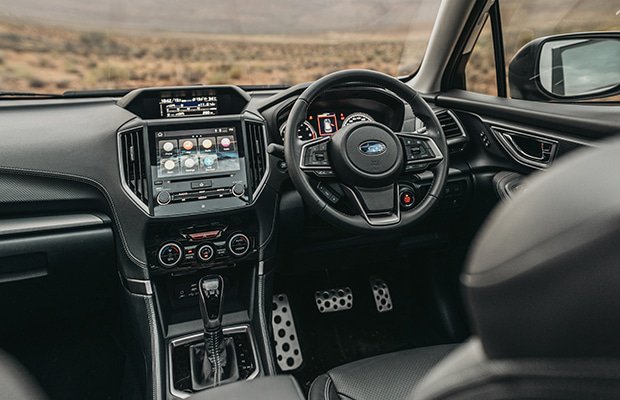 The bottom line: the new Forester has improved in everything, except one area. I miss that 2.5 petrol engine from the last range. It was thirsty, but it had character and oomph, and was everything that this new 2.0 CVT engine is not.

WHAT WE LOVE: The modern Forester is better in every way – except one.