The Jaguar I-Pace SE: A Sleek, Powerful & Practical SUV, Which Is Fully-Electric

Jaguar’s bold move of going fully-electric has sparked the start of something big.

Stop what you’re thinking. We’ve heard enough of that electric vehicle (EV) smack-talk and we won’t take any more of it. And if we must admit, as petrol-heads, we may have been involved in the past. But that was until we drove the Jaguar I-Pace.

The newly launched I-Pace is already award-winning; claiming the prestigious Golden Steering Wheel award for best mid-range SUV. What’s more is that the British car beat the Audi Q3 to it – a German favourite – at an awards ceremony voted in by Germans. Well played. 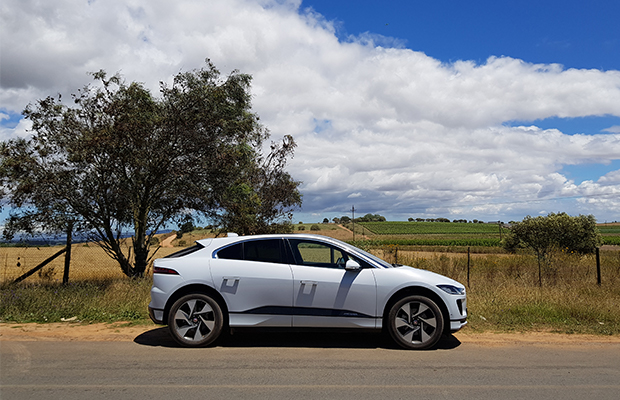 Jaguar’s bold move of going fully-electric has sparked the start of something big, and signals that mainstream manufacturers are prepared to invest in electric cars from-the-ground-up, together with the on the ground infrastructure it needs for a sustainable future. And it’s about time, with transport accounting for 23% of all greenhouse gas emissions globally.

According to The Paris Agreement, the goal is for 20% of all road vehicles to be EVs by 2030 and 35% of new vehicles being fully electric. With only 2.5% of the globe’s cars currently of the electric type, there is lots of work to be done and plenty to look forward to.

With an exhilarating 696nm of torque, we were itching to get behind the wheel of Jag’s green machine; and it didn’t disappoint. 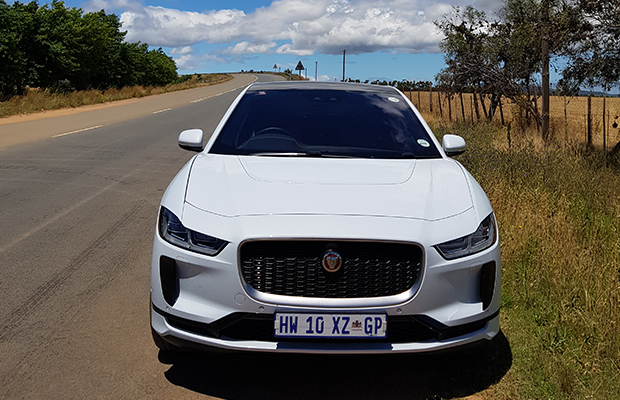 The I-Pace uses two electric motors; boasting 294kw, there really is no need for a family vehicle to go any faster. The two concentric motors lie on each axle and makes for a permanent all wheel drive. Its 90kWh battery is heavy and extends across the wheelbase. This puts the PACE at 2.13 tonnes, with the weight unexpected given the EV’s size: it has a height of 1.56m, with the crossover SUV sitting lower and weighing 358KG more than its F Pace cousin. But it’s all with good reason: its weight gives it a low sense of gravity that hugs the tar and its responsiveness makes it a true driver’s car. Besides, we love a heavyweight that doesn’t guzzle. 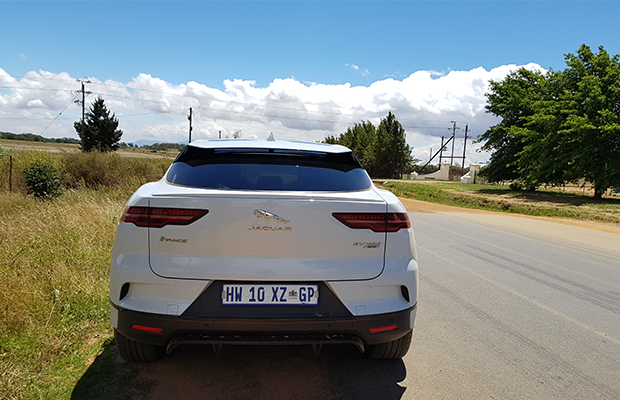 The I-Pace holds some revolutionary qualities. Take its acceleration: put your foot down at 120km/h and get the same G-force dose you’d get taking off. There are other standout features, too: its torque vectoring—which allows the Pace to push varying levels of torque to each wheel— is a game changer, which helped us avoid understeer when tackling sharp corners fast; a feature growing in the Jaguar Land Rover family, and also included in the 2020 Range Rover Evoque.

Behind the wheel, it gave us an adventure in time like Back to The Future’s DMC De Lorean – and it’s perhaps fast enough to time travel. A ‘charge to power’ gauge sits next to the speedometer and if you’re running low on amps you can drive slower to stay in the ‘charge’ zone; with the EV using its kinetic power to retain charge. Although impressive, with 696nm of torque at your fingertips, it’s not fun playing it safe. But remember, with great power comes great responsibility, and the overused phrase couldn’t hold truer to an EV driver.

The minimum 12-hour charge time at home forces one to stick to routine and be mindful of the power used, with the car lasting 317km to 470km on a single charge. Even at a fast-charging station, the Pace takes up to two hours to charge. But there are plenty of workarounds, with the car’s regenerative braking feature thrusting more power into the battery while you drive; we set it to high and really enjoyed the added control. This is especially so off the tarmac, where the car handles insane speeds and comes into its own. You can also use the I-Pace’s in-car navigation while driving, or Jaguar’s remote app to find charging stations. 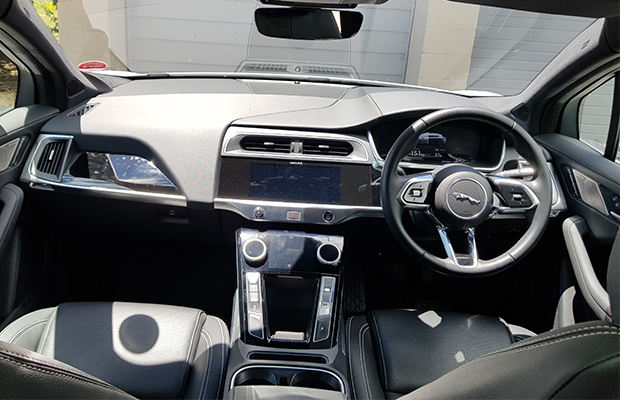 Jag have stayed true to their premium brand, and despite the Pace’s panoramic glass roof and LED lighting, the car strikes the right balance of futuristic and practical. The I-Pace feels bigger inside than you’d expect, with the car’s shape providing plenty of headroom. There’s no transmission tunnel, and three guys in the backseat won’t be a problem. Plus, it has a big trunk – with 656 litres of boot space that makes for many family adventures.