It will have been 217 days since the chequered flag last fell on the track at Abu Dhabi’s Yas Marina Circuit, before we hear “It’s lights out and away we go!” on Sunday, making it the longest hiatus in the history of the Formula 1 championship.

What we can officially say for now though, is that Formula 1 is finally back! And fans of the sport could not be happier to see the action on their screens again. But Formula 1 will not be without some much-needed changes this season and Mercedes-AMG Petronas F1 Team, along with  6-time F1 World Champion Lewis Hamilton, has been a driving force in that.

@lewishamilton speaks about the Black Lives Matter movement, and the positive changes being implemented by his Mercedes team and Formula 1 as a whole #WeRaceAsOne

After Mercedes unveiled the all-black base livery of the W11 race car as a statement against racism and all forms of discrimination, PUMA has unveiled their black race gear for Lewis Hamilton and teammate Valtteri Bottas in support of its partner the Mercedes-AMG Petronas F1 Team. And it makes for a striking statement.

But what exactly does the new kit—chosen to drive the entire 2020 F1 season—entail? Well, the black race gear includes the race suit, underwear, balaclava, gloves and the Speedcat Pro race shoe. 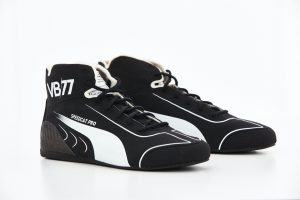 The racing gloves have the word #reform on the right hand, referencing the REFORM platform PUMA launched in 2018 to fight for equality, respect, and fairness. 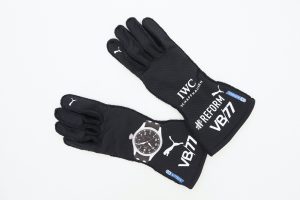 The Mercedes-AMG Petronas F1 Team has become synonymous with a white and silver colour palette, so the all-black colour palette not only is a change for them, but is sure to stand out on the grid line-up. Even Lewis’ helmet is a real show-stopper with great meaning behind it:

Lewis Hamilton and teammate Valtteri Bottas are at the heart of the Mercedes-AMG Petronas F1 Team’s commitment to fighting racism and discrimination. Lewis said:  “It’s so important that we seize this moment and use it to educate ourselves, whether you are an individual, brand or company to make real meaningful changes when it comes to ensuring equality and inclusivity. I have personally experienced racism in my life and seen my family and friends experience racism, and I am speaking from the heart when I appeal for change.“

Valtteri added: “It is important for us to be united and show our commitment to change. Racism and discrimination have no place in our sport or in our society.”

Formula 1 is notorious for being one of the most inaccessible sports due to the high costs associated with it. As well as being a male and  ‘white-dominated sport’. This is not only on the driver’s line up which has seen Lewis Hamilton being the first and only black driver to race in the sport, but across marketing, media, catering and more. This is something Lewis spoke about on Thursday when doing the presser ahead of race weekend.

“There are so many opportunities out there and we need to make it more open and more accessible.” Watch a first segment from @martinbrundlef1 in-depth interview with @lewishamilton which airs across our coverage at the #AustrianGP this weekend. . #SkyF1 #EveryRaceLive #F1 #Formula1 #LH44 #Mercedes

As Lewis said, Mercedes-AMG Petronas wants to be a part of helping shift the future for a better time, and we can only hope that the other teams, drivers and those involved in Formula 1 will be too.