Electric Cars In SA: We Investigate The 4 Major Challenges Faced

We climbed into the four petrol-guzzling concerns about electric vehicles and took them for a test drive.

No one heard the surge in popularity of electric cars coming (probably thanks to their near-silent engines). But despite their many benefits – less pollution, lower carbon emissions, lower running costs – there are just as many potential roadblocks for electric cars in South Africa.

And to be fair, Saffers have a lot of unanswered questions about the new tech that seems to be a driving force in the ever-changing motoring industry abroad. Is it really possible to get to and from work every day, go on cross-country road trips, and still come in on budget in a car that doesn’t use a drop of fuel? And are electric vehicles (EVs) even a possibility in SA really, or will loadshedding slam the brakes on our next drive?

If charging your car really is as simple as charging any other household device, why are we South Africans so reluctant to give it a try? We climbed into the four petrol-guzzling concerns about electric cars in South Africa and took them for a test drive.

Related: The Jaguar I-Pace SE: A Sleek, Powerful & Practical SUV, Which Is Fully-Electric

According to the World Health Organisation, SA is near the bottom of the barrel when it comes to road safety, with approximately one million crashes reported in the country each year. Throw a self-driving EV into the mix, and it seems like you’re just asking for trouble. Remember when a Tesla Model S electric vehicle caught fire after it hit debris on a highway in 2013? The stock market remembers; Tesla’s stocks plunged 6.24% that day – and a further 4% the next, when footage of the fire went viral.

And those whisper-quiet motors aren’t without their safety concerns. A University of California, Riverside study found that people with headphones on could still hear a petrol-powered car coming from 8.5m away. However, a hybrid car in battery mode was only detectable at 2m – hardly enough time to get out of the way. A report by the UK Guide Dogs charity also found that people were 40% more likely to be hit by a silent electric vehicle or hybrid vehicle than one powered by diesel or petrol. And between 2012 and 2013, there was a 54% increase in pedestrian injuries involving quiet cars.

But are they really that dangerous? We don’t think so. Although Teslas have had a fiery moment (or two), every vehicle – yep, even your trusted diesel bakkie – runs the risk of spontaneously combusting in your driveway or on the road. The difference is that when electric automakers were faced with safety concerns, they started rolling out fixes as quickly as possible. Right now, EV makers are arming their vehicles with added protection against the worst – think circuit breakers that disconnect the batteries when the collision detectors signal a crash. And as of July last year, the EU has introduced a rule that all new electric vehicles must come equipped with a device that emits a sound similar to a traditional engine.

Despite the concerns, any fears people may have don’t seem to be hurting the industry’s growth, as Japan currently has more EV recharging points than petrol stations.

Our advice? Proceed with caution, as you would driving any other car. But don’t steer clear because of a few incidents.

Roadblock #2: They’re Not As Good

In 2016, the former Chief Executive of Ferrari was very vocal about an all-electric Ferrari in the future being an “obscene concept”. But in May 2019, Ferrari unveiled their plug-in hybrid, the SF90 Stradale, that people could soon have sitting in their garages. A turbo-charged V8 generating 769 horsepower with an extra 217 horsepower from three electric motors is nothing to scoff at around the braai with your mates. 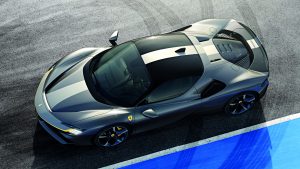 The hybrids have even made their way into the brand’s racing fleet: Ferrari’s Formula One cars also use a hybrid-generator system. But not everyone is happy about that. Sebastian Vettel – who races for the Scuderia Ferrari F1 team, known for their roaring V12 engines – has been oustpoken about his preference for petrol power. When he was forced to retire from the Russian GP on 1 October due to an engine issue, F1 fans heard him over the radio, saying, “Bring back the f***ing V12s!”

And though you could be forgiven for remembering the first generation of electric cars, each of which could probably fit in your lounge, they’ve come a long way since then. The BMW i8 Coupé’s sleek and futuristic design, with its stand-out carbon-fibre gull-wing doors, is just one reason it’s become the best-selling hybrid sports car in the world. 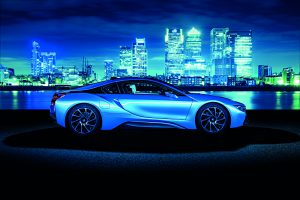 And the all-electric vehicles have powered up, too. The Jaguar I-Pace – Jag’s first all-electric offering – is a performance SUV and you can read our review of it here. It was influenced by the Jaguar C-X75 supercar, and can do up to 470km on a single charge. Plus, if you’re worried about the silent engines, due to the regulations we mentioned earlier, brands are consulting the film industry and sound studios to develop their own ‘car tones’ that sound like a real roaring engine. It might not be long before you can download custom tones like the purr of a Mustang engine, or even a song to alert everyone you’re coming through. Just don’t be tempted by that “Dames” engine-tone – gridlock traffic is a group experience.

While electric vehicles mean you’ll no longer have to join the queues on the first Tuesday of the month to fill up before the petrol price shoots up again, you do need one thing to run them: electricity. And in a country that’s seen loadshedding turned into a punchline for stand-up comedy one-liners and viral videos, the reality could leave EV owners in the dark without any way to power their cars.

Of course, there’s talk of solar panels being used to power charging stations, but that hasn’t been tested. And at the moment, electric vehicles are being targeted at high-end buyers who could probably afford to take their homes off the grid and onto solar power. But in the meantime, EV users’ dependence on Eskom could prove troubling, especially if a new bout of load shedding kicks off. And while it might currently be suspended, there’s no saying it won’t return soon enough.

However, if you’re opting for an electric car to reduce your carbon footprint, you might want to rethink that. “Where a modest home draws about 3 000 watts of energy at most, some electric vehicles can draw 16 800 watts off a fast charger. And because SA uses mostly coal power, an ‘environmentally unfriendly’ mode of electricity production, there’s little reduction in one’s carbon footprint from driving an electric car,” warns Jeff Osborne of Gumtree Automotive. “An electric car is only as clean as the grid,” he adds. 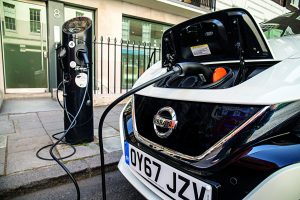 For now, EV drivers can only hope that load shedding won’t be around for long. In terms of finding places to charge an EV, most are opting for at-home charging stations; luckily that’s not the only option. Shell has announced it will be rolling out charging stations at some garages, and Generation.E – in partnership with the Department of Transport, the Gauteng Provincial Government and the African Alliance for Energy Productivity – completed the first electric-vehicle road trip in SA in October. There were only 120 publicly accessible charging stations, mostly found in Gauteng, but they’re gearing up to create more. The road trip proved it is possible to drive across the country without using a single drop of petrol – and that’s a big step in the right direction.

Sure. We’re with you on this one; the price tag that comes with a lot of all-electric vehicles can’t be ignored. But with different brands for different budgets slowly entering our market, there is hope. At the moment we only have three all-electric cars in South Africa that you can buy: the Jaguar I-Pace, the Nissan Leaf and the BMW i3. But as time goes on, EVs will become less expensive; and these cars could be a more attractive option in a South African market, as running costs are potentially lower than for petrol-powered alternatives. 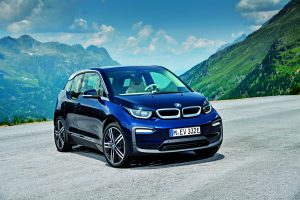 But that’s largely dependent on a multitude of influences. EVs have fewer parts to service, and require less attention; but they do require more specialised attention. Abdullah Verachia, a global strategist, says that the introduction of electric vehicles will affect how cars are serviced and repaired, which will impact how technicians are trained. Even if running costs themselves are lower, fewer trained technicians means… higher running costs. He warns that South Africa must embrace that change, or businesses will become obsolete.

And the thing is that – at least for now – the cost factor is mostly out of our control. A lot of the decisions are in the hands of government and the auto makers, and neither have made it any easier or cheaper to own electric cars in South Africa. Governments in Europe have started to provide major incentives and tax breaks for people buying electric vehicles. Us? We’ve yet to get the same assistance.

But that could be changing soon. Kabelo Rabotho, Director of Marketing at Nissan South Africa, says they’ve been carrying out initiatives with government, key stakeholders and institutions to increase support for the adoption of EVs in South Africa.

And while the price point might still be too steep for most South Africans at the moment, Bloomberg New Energy Finance predicts that by 2040, one in every three new car sales will be for an electric vehicle. The future of EVs looks promising; we just need SA’s government and auto makers to get on board, and come along for the ride.