Miss Universe has given us some hard hitting advice.

As Miss Universe, Demi-Leigh Nel-Peters is the epitome of beauty and grace, she also knows how to get herself out of sticky situations. Arm yourself with her knowledge.

Learning To Defend Yourself Can Save Your Life

Demi-Leigh started a campaign last year to empower and educate women on self-defence. She knows first-hand how important it is to be able to defend yourself against an attacker, having been hijacked and held at gunpoint a month after being crowned Miss SA last year.

“It was the scariest thing that’s ever happened to me,” she explains. “The workshops I attended with Woman INpowered and MasterDrive prior to the incident gave me the skills to stay calm, to think as clearly as I could, and to react in a way that wouldn’t invigorate my attackers.”

“Believe in yourself and you will be unstoppable.” ? pic.twitter.com/dovJfvTqZ7

You Can’t Just Rely On Your Physical Strength

Sure you’re able to bench your bodyweight, but would you be able to defend yourself against an attacker? Demi-Leigh loves to run in her spare time, and is often found in the gym.

But she knows that you need more than gym strength to defend yourself. “There’s a big difference between being physically strong and being mentally equipped with the right knowledge on how to handle different situations,” she explains.

Do yourself a favour and learn how to defend yourself.

Related: Pearl Thusi Tells Us How To Get Her Number And Make A Killer Impression 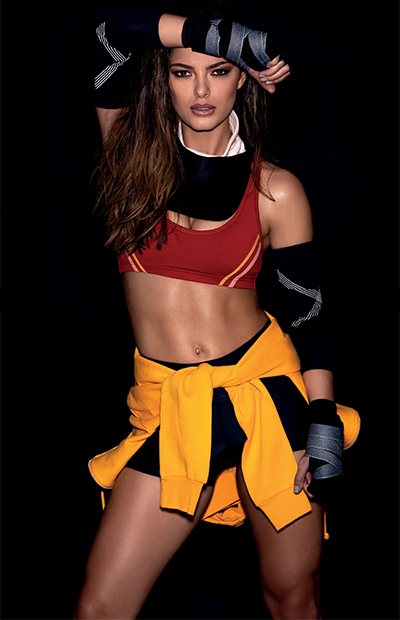 All You Need Is Your Mind

Attacks are random; you’ll never be able to predict when they will happen. When they do, you’ll want to keep your wits about you. Demi-Leigh’s campaign ‘Unbreakable’ teaches women how to react in high-pressured and unexpected situations.

In one of her Instagram posts, she smashes through a piece of wood as easily as if it were paper. “The piece of wood I smash through symbolises the mental barrier many of us have,” she explains. “I believe the mind is the most powerful tool we’ll ever have to break out of any situation.”

Related: How To Clean Up Your Act According To Amanda du-Pont

Be Aware Of Your Surroundings

We’ve all heard that saying: prevention is better than cure. Sometimes it’s possible to avoid a situation in which you’d be hijacked or mugged. “As a woman, I always think twice about my surroundings and those I put myself in,” she says.

“The things I can control, I choose to be very wise about.” She advises others to always trust their instincts. “If it feels wrong, it is wrong,” she says.