Watch The Boks In Japan With This Rugby World Cup Tour

It’s September 2019, and the last minute of the Springboks’ opening game at the Rugby World Cup. The action takes place in Tokyo, Japan and the Boks trail the All Blacks 15 – 20. The men in Green and Gold started the game well enough, but as usual, the All Blacks managed to come back strongly in the second half.

But the Boks have one last attacking line out, five metres from the try line. Etzebeth huddles with the forwards and Malcolm Marx’s throw-in is on the money, with Etzebeth plucking the ball from the air.

You can hear Ross Cronjé urging the guys on from behind the maul. It’s four metres, three metres, two metres from the try line. After one last push, the maul goes to ground… The ref’s arm shoots up in the air. Is it try and a win, or a penalty for the All Blacks?

The point is, no matter the action on the actual day, you could catch every second of it in Tokyo. And why wouldn’t you? With these MH-approved deals, it’s only a matter of time before you’re in your green and gold. Check out these deals below! 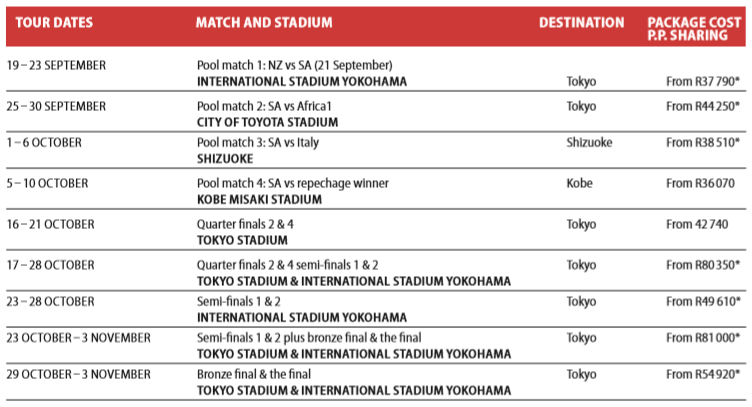 To book, e-mail the booking code mhrwc1 to media24@sarugbytravel.com or SMS the code to 44155 and we will contact you. 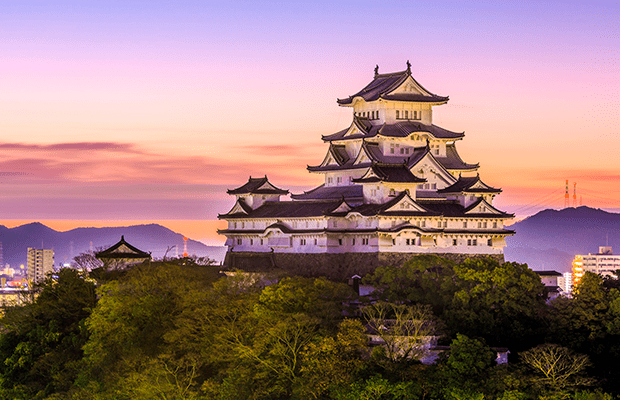