How rugby can fit into your everyday life.

1. Vendors
Doing the gardening or parked on the couch, you don’t want the burden of tracking down an ice-cold brewski or constructing a boerie roll. But dammit, you need one. There definitely ought to be a guy who walks around, night or day, carrying a tray of ales and snacks. Think of the possibilities: your morning meeting, weddings, funerals – nothing’s off limits. Everyone needs to snack. 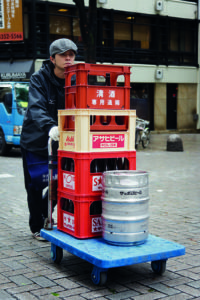 2. Instant Replay
We can’t even count the number of times roping in the third match official would be a big benefit. Did your mate just face plant after a few too many drinks? Call up the highlights reel the next morning and give him a match round-up he’d probably prefer to forget. Plus, think of the edge you’ll have in your next argument. “I checked the footage and the verdict is in: you’re lying”. Might have unintended consequences with the SO…

3. Substitutions
You’re working too hard, and we think you deserve a break. Imagine when you’re tuckered out you could signal the bench and have a happy-go-lucky, eager-to-impress wannabe warm-up and fill in for you during the dwindling hours of the workday. He wouldn’t have to do much, just sit his ass down, scroll through your Facebook feed and tab into a spreadsheet every time the boss strolls past. Meanwhile, you can catch some sleep on the sidelines.

4. The Sin Bin
The world is filled with too many angry people who let their tempers get the best of them. What we need is a referee to blow the whistle on the next person threatening to go on a rampage and do something they’ll regret. Someone raging on the road and rearing to turn gridlock traffic into a game of bumper cars? Send them to the sin bin. Throw in a spitting-mad coach to berate them for their foul play and they’ll think twice about committing a cardable offence. 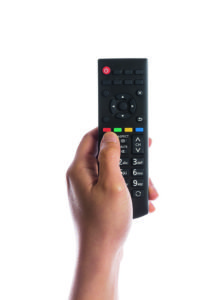 5. Cheerleaders
Swish. You’ve sunk a crumpled ball of paper in the recycling bin from 10 metres out, but no one was there to see it. Imagine you had a crowd of rapt, adoring fans to cheer your winning moves and keep you motivated with rhythmic chants, synchronised dance moves and, ideally, a human pyramid or two. D-I-S-H-E-S, wash the dishes, wash, wash – the dishes!

6. Shorts
Face it: wearing jeans and chinos all day is just restricting your movement. Especially if you’re a hipster rocking skinnies tight enough to vacuum pack a ham. The world would be a cooler, calmer place if we could ditch the formality and pull on a pair of rugby shorts and call it a day. Plus, who says you can’t wear ’em with a blazer?

7. Sideline Reporters
You’re brilliant, we know that, you know that – but sometimes it would help if you had a sideline reporter to ask about the uniquely amazing moment of inspiration that led to you constructing a four-patty burger with two slices of pizza as buns (and deep-frying it for good measure). Face it: your genius probably won’t be appreciated until after you’re long gone. You need recognition right now, and a post-match interview will do the trick.

8. Medical Team
You don’t have to wait until you’ve been floored out on the ground to be dragged off on a stretcher. What if you’ve just stubbed your toe? Or your tyke has decided to send his toy car hurtling straight at your gonads? It would help knowing you’ve got medical staff in the wings to spray you with that magic bottle and get you back on your feet.

9. Scrums
You’ve got a rivalry with Bill from accounting and sneaking laxatives into his coffee sounds like a great plan, but it’s just going to get you fired. Opt for an office officiated scrum, and show Bill that signing off his emails with Bruce Lee quotes isn’t just unacceptable, it’s going to get him monstered back behind his own try line (read: the water cooler where he’s constantly talking about the health benefits of vaping).