How do you say “hair of the dog” in Japanese? – By Markham Heid

Burned toast. Greasy food. A Bloody Mary (or three). There are as many purported hangover “cures” as there are types of alcohol. The ones just mentioned are a drop in the bucket. Across the pond and beyond, overzealous drinkers of all nationalities have their own tips and tricks for combating a hangover. But, like most remedies, none have much science to back them up. That doesn’t mean they don’t work. But before alcohol researchers can say what works and what doesn’t, they first have to figure out just what it is about drinking too much alcohol that makes you feel so damn bad.

“Interestingly enough, scientists and doctors are still not exactly sure what causes a hangover,” says Rachel Vreeman, M.D., an associate professor at the Indiana University School of Medicine. Dr. Vreeman says your body breaks down alcohol into “some pretty toxic byproducts,” including a nasty compound called acetaldehyde. “This toxin is probably the reason for a lot of the gross feelings that come with a hangover,” she adds.

But other factors—like the way alcohol messes with your body’s regulation of hormones and inflammation—also seem to play a part in your headache, nausea, and generally misery, she says.

“I have heard of people swearing by artichokes, borage, hydration, vegemite, raw eggs, and every other disgusting thing you can think of,” she adds. None of those have any hard research to back them up.

What about soft research? Try exercise, suggests Chris Alford, Ph.D., an alcohol researcher and associate professor at the University of the West of England. Alford makes it clear he’s basing his opinion on anecdotes and patient interviews, not rigorous study. But he says exercise—by speeding up your metabolism—may help your body clear some of the hangover-causing “toxins” and byproducts.

Now that we’ve covered the science, let’s get to the fun stuff. According to research from the language-learning app Babbel, here are the most-popular hangover cures in seven foreign countries: 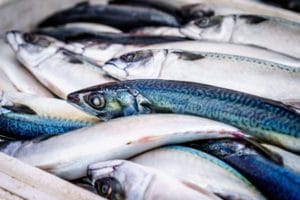 GERMANY
The Germans actually have a word for the big breakfast they eat after a night of heavy drinking: Katerfrühstück. It often includes rollmops, or pickled herring with cucumber and onion. The Germans also subscribers to the “hair of the dog” technique, and so they wash down their herring with a beer.

RUSSIA
An old Russian maxim claims you can’t get a hangover if you drink the right way—that is, you stick to vodka, and you drink it neat. But for those who stray from “wodka,” drinking a mildly alcoholic drink called kvas, made with rye bread soaked in sugar and yeast, is supposed to help. Hungover Russians are also big on saunas, and drinking a mixture of brine and tomato juice. 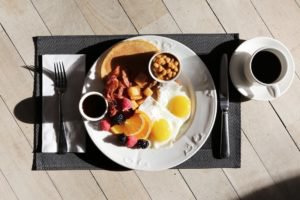 IRELAND
Always quick with a joke, an Irishman may refer to his hangover as “an inexplicable headache.” He cures it with, naturally, a full Irish breakfast. Think bacon, sausage, black and white pudding, mushrooms, fried tomato, fried eggs, baked beans and soda bread. 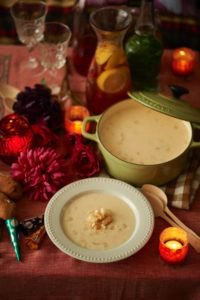 FRANCE
Everyone knows the French don’t suffer from hangovers, just like they’re immune to obesity, lung cancer, and smiling. But for those foreigners who wander into their country and drink too much Bordeaux or Beaujolais, an unsmiling French waiter is likely to recommend cassoulet—a kind of casserole made with meat and white beans—or onion soup. 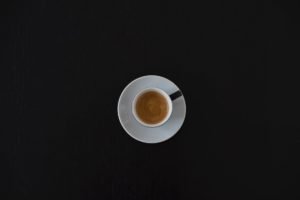 ITALY
Italians refer to hangovers as postumi della sbornia, or “the after-death of drunkenness.” Their cure for that after-death is a speedy rebirth—otherwise known as a double espresso. Drink one and quit your whining, Americano. 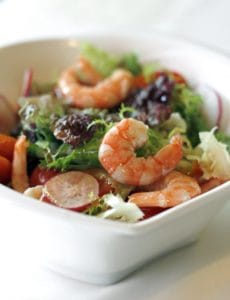 MEXICO
The Mexicans appropriately refer to a hangover as feeling cruda, or raw. Rather than taking it easy on their queasy stomachs, Mexicans present their guts with a challenge: a vuelve a la vida, or a “return to life.” It’s a cocktail salad of shrimp, shellfish, lime, onions and cilantro. 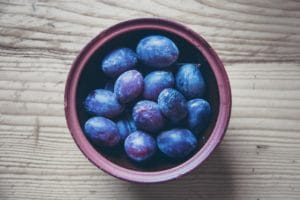 JAPAN
Too much sake and karaoke? The Japanese may joke that you’re “two-days drunk.” While there’s no way to remove bad renditions of “Sweet Caroline” from your head, your host may suggest umeboshi, or pickled plums that are sometimes soaked in green tea to mellow their bite. Miso soup and energy drinks are also popular.