6 Animals Most Likely To Eat You

The world is filled with wonder and beauty, from the small insect to the great eagle. This world is amazing, except for all it’s killer animals. Here’s a list of 6 animals likely to eat you. 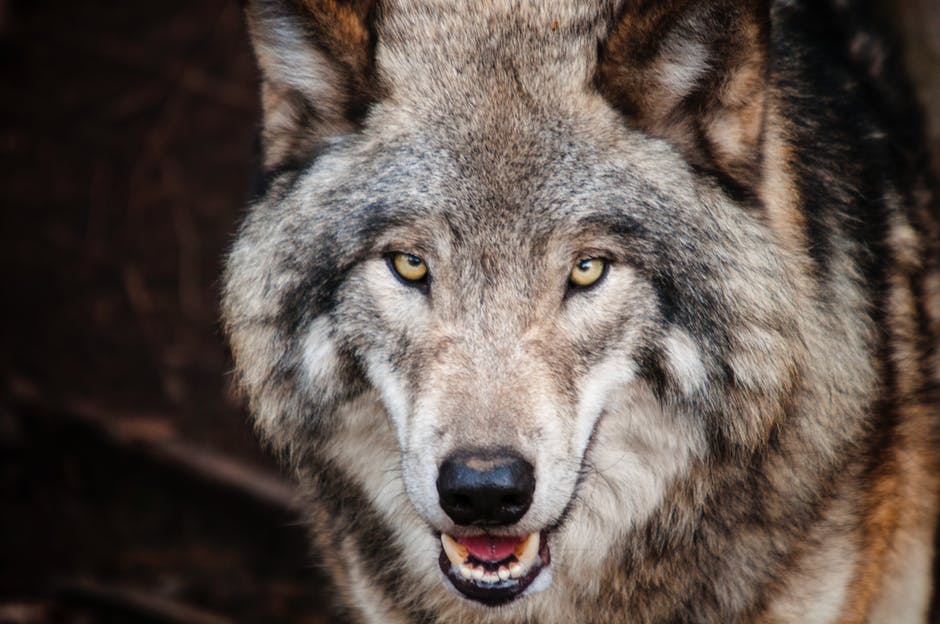 Where It Would Get You: Historically, the most wolf attacks have happened in France, but over the last century, wolves have acquired a taste for Indian farmers.

How It Would Get You: Wolf packs have many methods to take down prey, one of them is to chase a victim so they think they are getting away, but are actually being led to more killer wolves.

Best Piece of Technology to Prevent Attack: The most common way to deter wolves is a practice that’s been around for centuries: a simple row of red flags attached to a rope, called a fladry. Apparently wolves are very finicky creatures and they won’t invade a farm with such poor fashion sense. Another very effective way to ward off a wolf is with a gun. In fact, guns are pretty much the perfect way to scare away any man-eater. 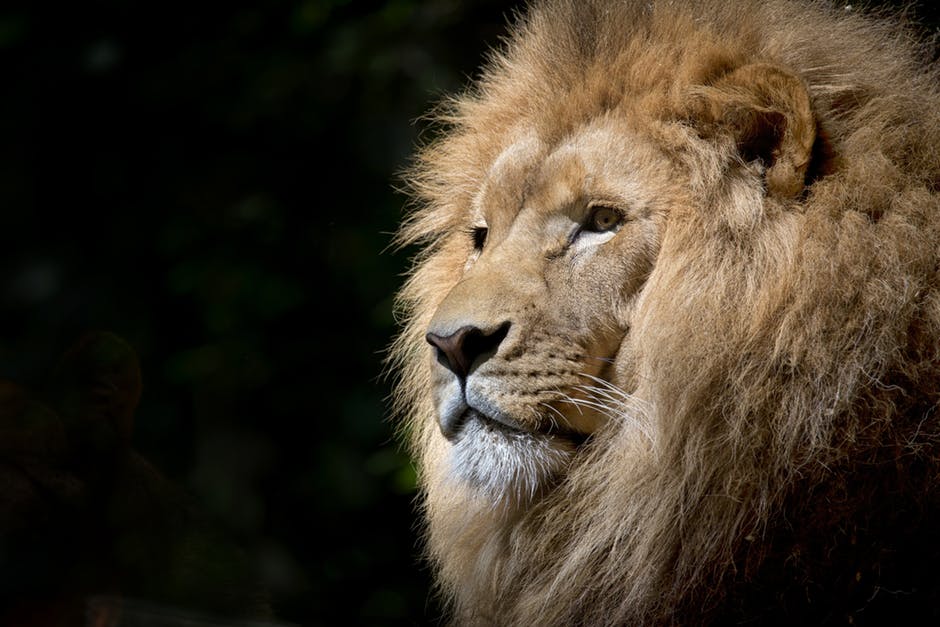 Where It Would Get You: There are several spots around Africa, but the most dangerous are Tanzania and near the border of Mozambique.

How It Would Get You: Lions are either clever, patient killers or just lazy bastards, we’re not quite sure. Unlike other predators who actually have to work for their food, lions often hunt by staking out a watering hole and hiding until prey comes to them. They even take naps in the meantime. It’s good to be the king.

Best Piece of Technology to Prevent Attack: A thirteen-year-old boy in Nairobi recently invented the perfect lion deterrent built out of LED lights and a car battery. While guarding his father’s cattle, the boy discovered that the lions were afraid of flashlights, so this awesome kid rigged up a series of lights that go off intermittently during the night, and his father’s herd have been safe ever since. 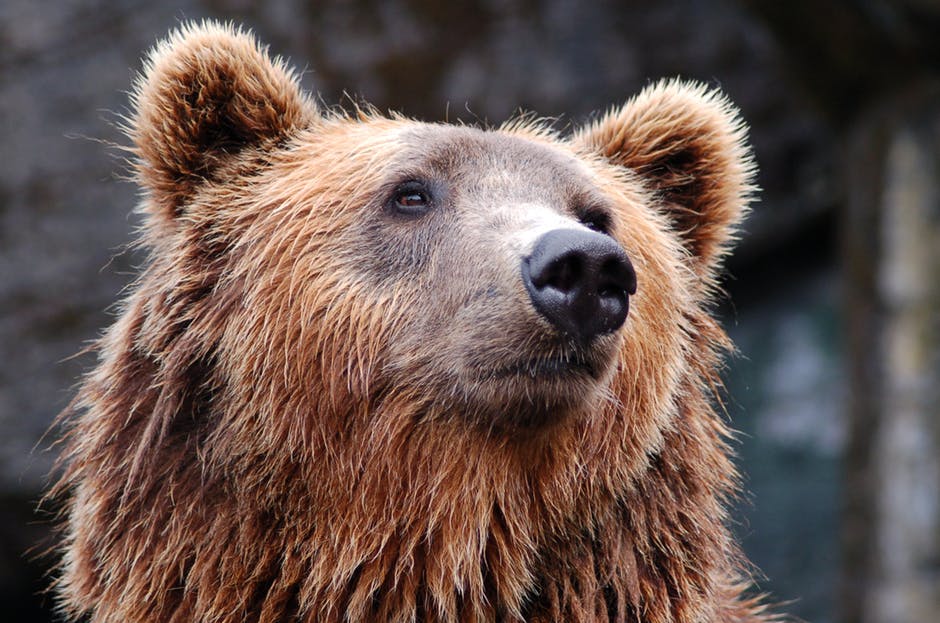 Where It Would Get You: Alaska, Canada, and the Northwestern United States. Bears are also likely to get you if you are stupid enough to try to take a selfie with them, like some people have been doing in Lake Tahoe. This craze has become so popular that park officials have been seriously considering closing the park. Now, we here at Men’s Health are, and have always been, very anti bear attack, but even we’ve got to admit when someone’s asking for it.

How It Would Get You: A popular method of bear attack is for a bear to wrap its arms around you and bite your head. So, next time your creepy Uncle George offers to give you a “bear hug” even though you’re in your 30s, remember, it could be worse.

Best Piece of Technology to Prevent Attack: Bears are often deterred by simple Bear Pepper Spray, which can be found in any sporting goods store. Weirdly, the best way to scare off a ferocious bear is the same method people use to ward off perverts in the subway. 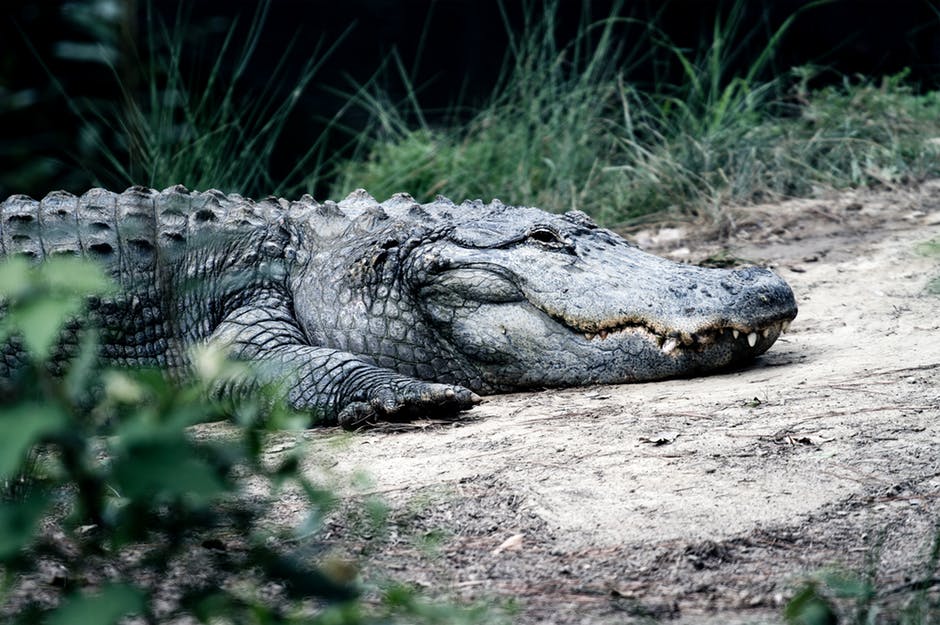 Where It Would Get You: Nile River, Sahara Africa, Borneo, Solomon Islands, New Guinea, India, the Amazon. Really, they’ll pretty much get you anywhere. Crocodiles are no joke.

How It Would Get You: Crocodiles usually stalk their prey in water, lunge with a huge snap of the jaw and drag you into the water. Rarely do crocodiles pursue people on land, but if you are being chased, don’t run in a zig-zag pattern, that’s bullshit, just run straight, otherwise, you’re likely to zig-zag yourself right into the croc’s mouth.

Best Piece of Technology to Prevent Attack: There’s not much helpful advice out there for dealing with crocodile attacks, other than “don’t get attacked.” The only thing we did find is that a spray bottle filled with urine and ammonia may deter crocodiles from your property, maybe. So really, just don’t fuck with crocodiles. 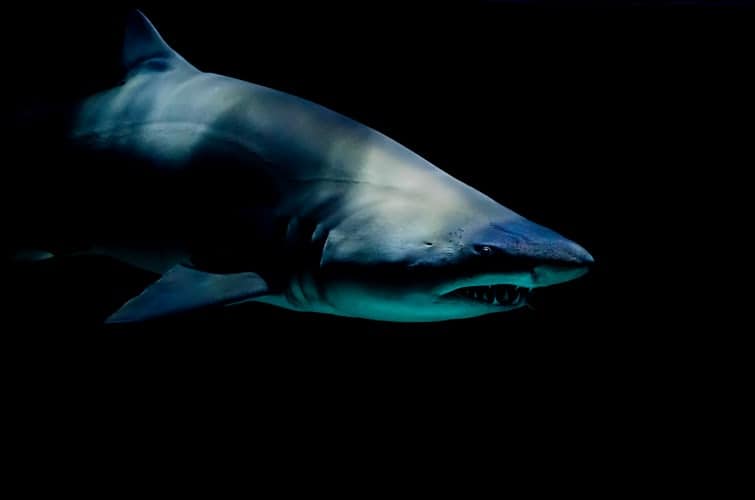 Where It Would Get You: Florida, Hawaii, Australia, South Carolina, and South Africa.

How It Would Get You: Sharks often attack with a bite or a blunt-force impact like a head-butt. One interesting thing is that most shark attacks are a case of mistaken identity. Sharks don’t want to eat people, and when they do, it’s because they’ve mistaken us for their regular prey. But most sharks will figure since they’ve already started eating you, they might as well finish.

Best Piece of Technology to Prevent Attack: The famous shark cage is still the best way to piss off a shark without consequences. The shark is the only one on this list that guns are not useful against, unless you have a torpedo, which is basically a giant underwater gun, and a super-effective shark repellent. 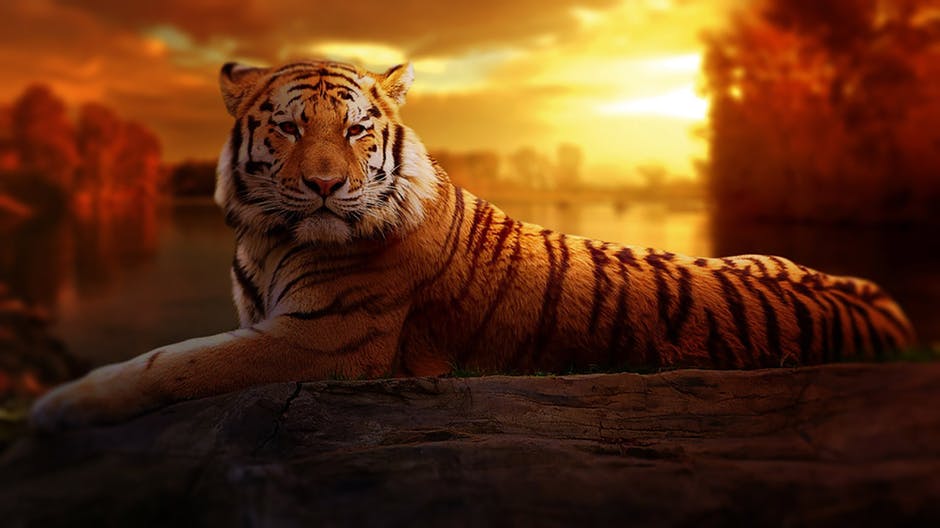 Where It Would Get You: Southeast and Southern Asia, especially if you are a farmer in India. Tigers get those guys all the time. Also, if you have a show in Vegas where you humiliate tigers on stage for decades by having them jump through hoops, that also greatly increases your chances of getting eaten by a tiger.

How It Would Get You: Tigers always attack their victims from behind, which kind of makes tigers huge wusses.

Best Piece of Technology to Prevent Attack: After hundreds of years of being eaten by tigers, Indian farmers finally got fed up and decided to do something about it and developed a very simple but highly effective method for stopping tiger attacks: a plastic mask. Since tigers only attack their prey from behind, Indian farmers took to wearing plastic masks of the human face backwards on their heads, so the tigers would be fooled into thinking they saw them coming. Reports said that tigers would stalk a prey for hours without actually attacking and would eventually give up and walk away.

This technique has been around since the 80’s and though it is still practiced, some tigers have wised up to this trick. Perhaps it was the fact that all Indian Farmers seemed to be doing their work backwards, or that they never blinked, or maybe because when they sneezed it looked like their heads exploded a little. Whatever the reason, Tigers have begun to enjoy the taste of Indian farmers again and it’ll probably be a few centuries before they think of another way to protect themselves.