20 Simple Ways to Boost Your Willpower

Your resolve is as important as your diet and training plan

Willpower: It’s one of those things some people are born with, like thick hair or a trust fund. Right? Actually, the research suggests otherwise: Roy Baumeister, Ph.D., a professor of social psychology at Florida State University, says you can strengthen your willpower with practice. “The more you flex it, the stronger it gets,” he says. Try our plan and post your efforts with the hashtag #MH20DayWillpower. We’ll share our favourites. 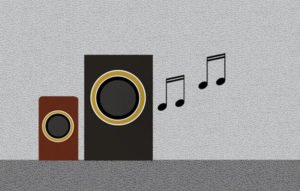 1. TRY AN OVERTURE.
Working out to music is undeniably motivating. But a U.K. study found that playing ready-to-sweat music before a workout—when you’re struggling with that “c’mon, skip the gym” voice—makes you more likely to follow through.

2. LOSE THE LAME CLICHES.
Athletes who attain goals are often said to “hit their peak” or “reach new heights.” But imagining yourself moving to the top can actually kill motivation, suggests research in the Journal of Consumer Psychology.

3. SLEEP FOR STRENGTH.
Tired and hungry is no way to get through the day. In a Northern Illinois University study, people with poor sleep habits ran out of self-control faster than deep sleepers did. Solution: Hit the hay around the same time each night, avoid napping in the late afternoon, cut off caffeine after 2 p.m., and use your bed for two things only—sleep and sex. 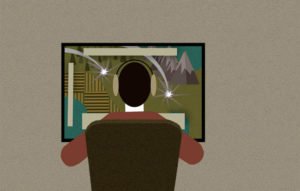 4. PLAY A GAME.
People who play strategy video games tend to do more things that are good for them in the long run, according to a study in the journal Personality and Individual Differences. That could be because these games require you to analyze your actions and their consequences and visualize future possibilities.

5. DON’T SKIP MEALS.
Maintaining self-control is tougher when you have low blood sugar, suggests research from the University of South Dakota. Higher blood sugar levels signal your body to conserve its resources, of which willpower may be one. To keep levels steady, eat a snack of lean protein or complex carbs, such as vegetables or dried fruit.

6. CLEAN YOUR MESS.
A chaotic, disorganised environment can raise stress, weakening willpower. So clean up! In a recent study, stressed-out women in a messy kitchen scarfed nearly twice as many cookies as those in a tidy one, reaching for sweets instead of healthier snacks. 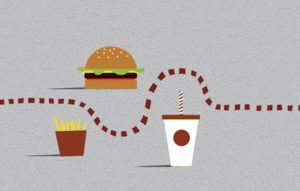 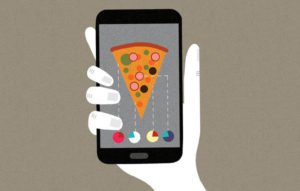 8. AUDIT WHAT YOU EAT.
Keeping an electronic food diary can boost your resolve, and the most diligent reap the biggest rewards. In one study, dietitians suggested MyFitnessPal more often than other apps.

9. THINK PLEASURE, NOT PAIN.
If your workout feels like a chore, you’ll be more likely to overeat afterward. Cornell researchers found that people ate fewer desserts and unhealthy snacks after exercising when the activity was framed as fun instead of work. In another study, marathon runners who saw the sport as exercise instead of fun were more likely to choose chocolate over a cereal bar as a post-run snack, possibly because they felt they deserved a greater reward. 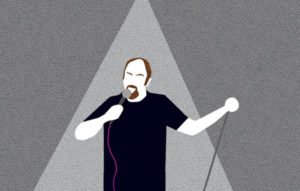 10. LAUGH IT OFF.
Cracking up can make you more persistent, according to Australian research. People who watched a comedy clip before attempting a tricky task kept at it longer than people who first watched a nature video. The researchers believe that amusement makes you want to push harder.

11. EAT HEALTHY BEFORE YOU SHOP.
People in a Cornell study who ate an apple slice before grocery shopping bought 13 percent more fruits and vegetables than those who ate a cookie before grabbing a cart. “Eating the apple put shoppers into a health-focused mindset,” says study author Brian Wansink, Ph.D., director of the Cornell University Food and Brand Lab. 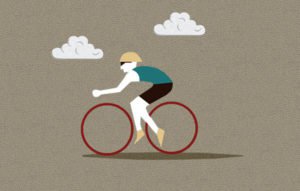 12. GET SWEATY.
A French review found that regular exercise may help bolster discipline. And a study in Psychology of Sport and Exercise suggests that exercise is especially helpful in people prone to low self-control.

13. TELL YOURSELF YOU WANT IT.
People who feel the desire to achieve their goals—as opposed to feeling an obligation to succeed—do better, Canadian research suggests. When you feel compelled to pursue goals, you’re more likely to be tempted by obstacles along the way, like that chocolate cake when you’re trying to cut back on sugar.

14. LIST YOUR GOALS.
Write down some fitness benchmarks for the short and long term, says Michael Wood, C.S.C.S., of Michael Wood Fitness. Keep the objectives specific and quantifiable. “In order to manage something, you need to measure it,” he says. Use an app like Nudge to track your progress. 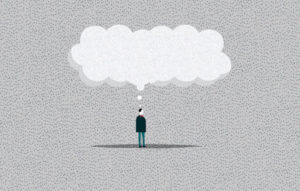 15. THINK REALLY, REALLY BIG…
When people in a Swiss study thought of willpower as an abundant resource, their self-control improved. Just knowing that willpower is shaped by your beliefs can help you gauge how depleted it is, says study author Katharina Bernecker, Ph.D.

16. BUT DON’T STRUT.
Overconfidence can undermine willpower, according to University of Cincinnati research. To stay on track, study author Anthony Salerno, Ph.D., recommends taking pride in who you are, as opposed to what you’ve accomplished. “Rather than saying to yourself, ‘I am proud that I am already halfway done with my goal,’ say, ‘I am proud of myself for being a disciplined person,'” Salerno advises. 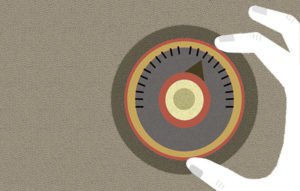 17. TURN UP THE AC.
People in a Psychological Research study who held a cold object did better on a self-control test than those with a warm one. Cold temps may be linked to alertness.

18. SET REASONABLE CONSTRAINTS.
Try “precommitment” to boost your self-control. In a study from Arizona State and Florida State, researchers promised participants they’d receive 100 M&Ms—but first they had to write down how many they wouldn’t eat. This commitment helped them eat fewer candies.

19. PLAN AHEAD.
Positive thinking isn’t enough, says NYU psychologist Gabriele Oettingen, Ph.D. Think about what you want, identify obstacles, and plan workarounds. Say you’re headed out of town. Pack resistance bands so you can work out at the hotel. 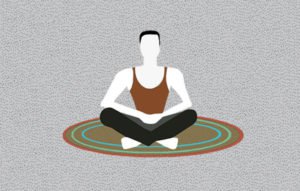 20. TURN OFF YOUR MIND.
Swiss researchers found that people who meditated showed stronger self-control than those who didn’t meditate. Meditating may help you focus on goals and tune out temptation. Breathe mindfully for 10 minutes a day.