4 Reasons Guys Under 40 Are Having Heart Attacks

And how to avoid being one of them.

Eight years ago, when Tyrone Morris was about to close the store he managed in Wisconsin, USA, he came to the end of an aisle and found a 9mm pistol pointed at his right temple.

“You know what time it is,” the assailant said. “Time to give me all the money in this store or I’ll kill you.” Morris handed over the money, but the danger didn’t stop. “My heart was pounding so fast,” he says. “I couldn’t breathe, and I had pain all through my chest.” Though he was a former Varsity basketball player and pro hopeful, his weight had crept up from 86 to 145kg since he’d been in his 20s, and he’d been ignoring some other issues for months—shortness of breath, chest pressure, unexplained weight gain, trouble getting down the court during neighbourhood basketball games. Three days after the stickup, he finally called a clinic and discovered he had full-blown heart disease. At age 33. And he’s one of many guys who never thought in a million years they’d have a heart attack in their 30s.

Related: This Man Went From The Verge Of A Heart Attack To Losing 20kg

“It used to be incredibly rare to see anyone under age 40 come in with a heart attack—and some of these people are now in their 20s and early 30s,” says Ron Blankstein, M.D., a preventive cardiologist at Brigham and Women’s Hospital in Boston. “Based on what we’re seeing, we’re moving in the wrong direction.”

What’s happening in guys under 40.

Sorry, we should have led with the good news: If you’re a middle-aged or older guy, the chances of your having a heart attack are as low as they’ve been in decades. (Thanks, Lipitor!) Even in much older people—the 65-plus crowd—there’s been a nearly 40 percent drop in heart-attack hospitalizations in the past 20 years. But according to a study presented at the American College of Cardiology meeting last spring, people who’ve yet to hit the big four-oh are bucking that trend, experiencing higher heart-attack rates than ever.

Related: Which One of These Guys Will Have a Heart Attack First?

The number of victims in their 20s and 30s has been rising over the past two decades, and scientists have even seen atherosclerosis, the arterial damage and blockages that cause serious heart events, in the arteries of men in their teens and 20s. What’s driving the scary stats? Experts have four theories:

1/ We’re getting heavier earlier, and we stay that way. 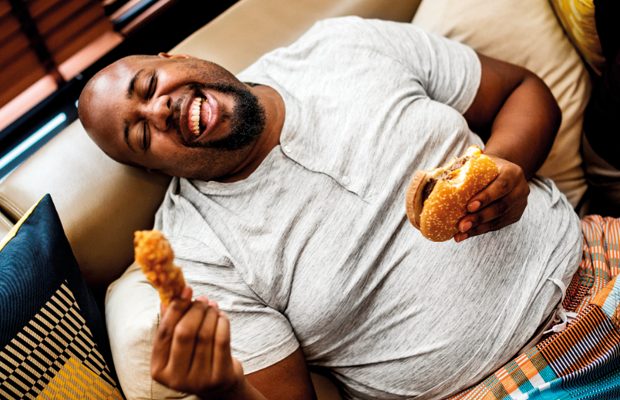 The percentage of obese kids and adolescents in the U. S. has tripled since the 1970s, and the weight is hard to drop as an adult for many reasons, including hanging on to a teen fast-food habit. A CDC survey found that guys aged 20 to 39 are 82 percent more likely to eat fast food than men 60 and older, which means they’re getting more calories without as many nutrients in them. South Africa is not much different. According to alliedmarketresearch.com, the 20–35 segment accounts for the highest market share in the age group segment for the South Africa fast food market.

A generational slowdown in physical activity, especially due to more time on screens and behind the wheel, also keeps weight on and hardens arteries.

Those extra kilos are tough on your heart, and not just because they make your whole body work harder. Fat around your middle may actually release chemicals that lead to inflammation, which can cause buildups in your arteries to break off, wedge into arteries further downstream, and impair blood flow to your heart.

Related: On And Off Weight Gain May Increase Your Risk of Heart Attack 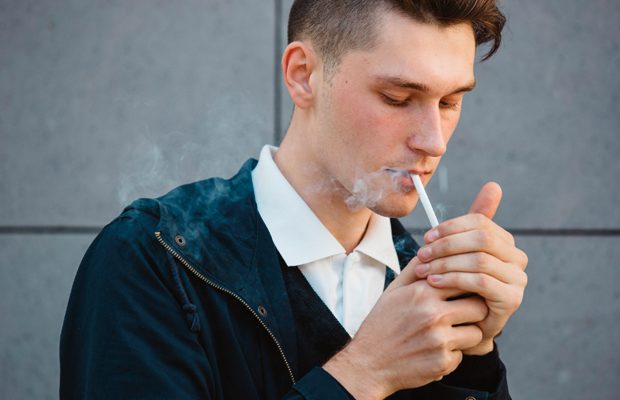 Sure, overall smoking rates have fallen, especially among the over-65 crowd, who have finally gotten around to kicking the habit. But among 25- to 44-year-olds, there are still a whole lot of smokers—twice as many as in the older demographic—and they have the cardiovascular health to show for it.

It takes only one cigarette a day to boost a man’s risk of coronary artery disease by nearly 50 percent, according to a recent BMJ study. And people who think they can avoid that risk by vaping are fooling themselves. E-cig users push their heart-disease risk 40 percent higher than that of nonusers; stroke risk jumps 71 percent.

Related: 5 Ways To Stop Smoking – And Keep Up Quitting Forever 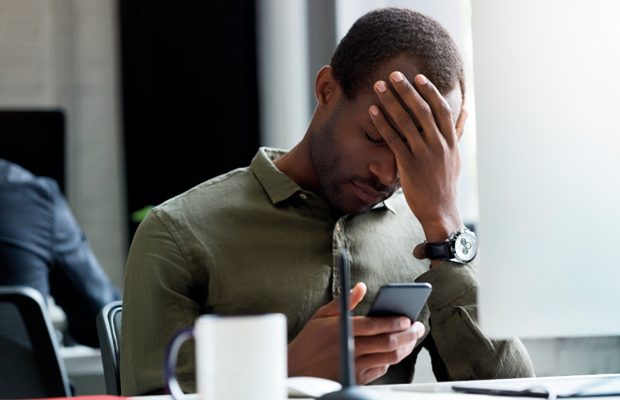 While every generation swears it’s living in the most stressful times ever, an American Psychological Association survey found 22- to 39-year-olds to be the most stressed-out group of all. Stress may aggravate inflammation in coronary arteries, which can lead to blood clots. It also has a way of provoking high blood pressure and bad health habits, including comfort eating, excessive drinking, and abandoned workouts. It’s a global issue: A study of 52 countries saw that people who reported permanent stress at work or home had more than twice the risk of a heart attack.

“It used to be incredibly rare to see anyone under age 40 come in with a heart attack – and some of these people are now in their 20’s and early 30’s” –  Ron Blankstein, M.D.

Just look at Trymaine Lee, a national correspondent for MSNBC and a relatively new dad, who was trying to be an involved father while performing his job at a high level. “I do all kinds of disturbing stories—crime, shootings of unarmed black people—but I kept it all in a box, tried not to think about certain things.” The stress of the job and a hectic travel schedule made healthy eating and regular exercise tough, putting extra pressure on his heart.

All of that likely added up to the nearly 100 percent blockage that woke him up in the middle of the night in July 2017, at age 38, feeling as if he had a beach ball in his chest that was being inflated to the point of explosion. He went to the hospital fearing his life was over. Having made it through, he’s now diligent about what he eats on assignment and deadline, not bottling things up, and spending time with his wife and seven-year-old daughter.

The heart-attack symptoms that alarm a 70-year-old don’t stir someone who’s 30—even if they include classics like persistent nausea and serious sweating, or the beach-ball-in-the-chest feeling—because he’s sure a heart attack isn’t happening to him.

Even doctors can be in age-related denial. According to Dr. Blankstein, they may be less likely to prescribe cholesterol-lowering statins or clot-preventing aspirin therapy to younger men. If your doctor isn’t paying attention, you should be; if your risk factors and labs show you’re a candidate for heart trouble, make sure to talk about what changes you might need.

Risk factors you should be paying attention to that you can control: High blood pressure, high cholesterol, excess weight, diabetes, recreational drug use, smoking, physical inactivity, high levels of stress, heavy alcohol use, unhealthy diet. You can’t control your age, your family history, or your ethnic group, so if yours put you at high risk, you should pay extra attention to factors you can control.

Tyrone Morris got a break, even though it took him three days to call a clinic. He’s now on the heart-transplant list, wearing an implanted pump called HeartMate 3, because his own diseased organ is permanently compromised. He lost weight, started playing basketball again, and moved to a job he finds to be lower stress—owning his own restaurant, which uses a sauce made without salt or sugar. (It still sells out most days.)

Being young for your first heart attack doesn’t mean you’ll recover just fine: Your chances of a second one (and of stroke or death) are as bad as older guys’. So all those things your dad is doing—the workouts, the new interest in good food, figuring out how to reduce stress? Join him.

Related: 100 Simple Things You Can Do Right Now To Protect Your Heart

This article originally appeared on menshealth.com