How This Man Overcame Depression & Helped Other Men In The Process

Thembela “Nymless” Ngayi overcame depression and used art as a way to encourage other men to talk about what they were going through.

This year marks the 23rd year of Men’s Health making better men. In this time, we’ve become known for building strong bodies, shredding abs and burning fat fast. And while we’ve spent more than two decades helping you, our readers, craft cover-worthy bodies and superhero strength, we know that not all strength is designed to tally up likes on Instagram. Strength is for getting you through dark times so you can look back and say you overcame depression.

Strength goes beyond the aesthetic goals and testosterone-fuelled drive to lift heavy things. The guys featured in our #WhatIsStrengthFor Campaign embody the kind of strength forged not with iron, but with an iron mindset. It’s strength that inspires, strength that persists under pressure. This is just on of their stories. You can find the other 10 stories in the March issue of Men’s Health, which you can get below: 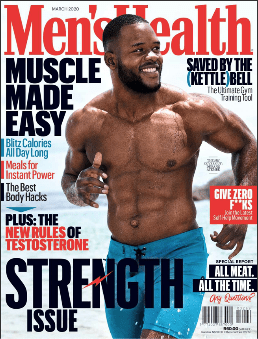 Get this month's issue of Men's Health: The Strength Issue

Strength Is For… Overcoming Darkness 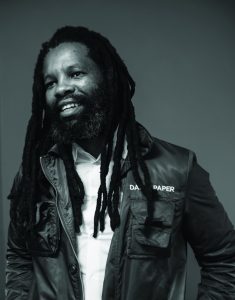 “I never really knew anyone personally that was diagnosed with depression. It was something I saw on TV and always thought it was a white people thing,” says Thembela. Even in 2002, when one of his peers committed suicide, people said he was bewitched because he was a straight-A student and set a good example. No one knew that he was suffering from depression. But the reality is sobering; 14 South African men die by suicide every day.

Related: 7 Male-Specific Signs Of Depression That Prove It’s Not All About Sadness

“Where I grew up, we did not have the resources to deal with mental health issues, so young men [turned to] substances like alcohol and drugs as outlets to deal with their feelings.” Having received no form of education at school or home about mental health issues, depression didn’t exist. But when he found himself in the grips of depression at age 27, he was hit with with a stark realisation: this abstract concept was a harsh reality and he was suffering through it.

To deal with his depression, he traced these feelings back to their roots and worked on the underlying problems. It was a slow process before he could say he overcame depression, but soon he began to get excited about life again. He used his own experience to start a conversation. The conversation started without words, at first. “I could not put it into words, I use photography as a medium,” he says.

Related: I Was Young, Rich, and Successful—and Had Crippling Anxiety. Here’s How I Beat It

He produced a series of works entitled: The Great African Horror. It drew from his upbringing where mental health issues were often dismissed as witchcraft. “I wanted to show how both families and victims are affected and how each carry the burden of being stigmatised by society because of mental health [issues],” he explains. “What I could not describe in words, could be felt by another person through these images.” And his work is evoking feelings and starting conversations further away than he ever imagined. Recently, he got a message on Facebook from a lady in Congo with a video of her sitting under a tree with a group of men who were looking at his photos and discussing the messaging. She said she’s been using the images to encourage men to talk. Ultimately, searching for the strength to overcome the darkness led him to encourage strength in other men. “We’re afraid of being vulnerable because we’re taught that showing emotion is a sign of not being strong. Strength is not only physical, but also psychological, too.”

Inspired by the story of how Thembela overcame depression? Share your story of what your strength is for on social media using the hashtag #WhatIsStrengthFor and tag us: