The tool developed by the University of Pretoria could save your life.

In 2014, we reported on the dangers of competing in races when you’re sick, this came after the death of two men during their first Ironman. They both suffered cardiac arrest during the swim and it was later believed that one of them had been on antibiotics before the race.

Related: How to Train For a Triathlon: Your Step-By-Step Guide

It’s not uncommon for athletes to compete when they probably should heed warning and skip the race, but it can be deadly. And often, it’s not that these athletes are going against their better judgement and pushing through despite being at a high risk of encountering a life-threatening medical emergency, it’s that they aren’t aware of their risk.

In fact, something as small as popping a painkiller like paracetamol could have serious consequences. According to The Pharmaceutical Journal, paracetamol use is linked to cardiovascular risk as it affects the heart. Something else that puts strain on the heart? Endurance sports. See where we are going with this?

That’s why it’s so important to know if you’re at risk ahead of an endurance sports event and take heed. And a new findings in a study  from The University of Pretoria aims to do just that.

The study was conducted by Professor Martin Schwellnus of the University of Pretoria’s Sport, Exercise Medicine and Lifestyle Institute (SEMLI), in partnership with UCT, the MRC Biostatistics Unit, and Professor Wayne Derman of Stellenbosch University.

Professor Schwellnus has spent 25 years working in medical tents at endurance sports events and highlights the importance of the best medical support on the day. But according to him, the focus is on prevention rather than cure. These online screenings aim to help these athletes to completely avoid ending up in a medic tent.

The study was conducted on Cape Town’s Two Oceans Marathon over eight years. The first four years were spent looking at the type of medical encounters and how many runners took part. The following four years saw the researchers use an online pre-race medical screening to assess each person’s risk factors. This online screening was based on the European Association for Cardiovascular Prevention and Rehabilitation’s pre-exercise screening guidelines.

Once the race participants had finished the pre-race screening, they were categorised into four categories. Those that were “very high risk” or “high risk” were then given educational intervention programmes that were specifically targeted to those at risk categories.

“The targeted educational intervention emails included information about what the runner’s doctor should test that individual for, because often doctors are not even aware of the specific risk factors experienced during prolonged moderate- to high-intensity exercise,” explains Professor Schwellnus.

Related: Try This Long-Forgotten Training Method To Rocket Yourself Into The Best Shape Of Your Life

The result? There was a 64% reduction in medical encounters, greatly improving the safety of the race. Not only this, but there was also a 29% reduction in all types of injuries.

And if you’re wondering if you’re in danger, the risk is related to various factors which include environmental stress, race distance and older age. If you have an underlying chronic disease like heart disease or diabetes, you could be at a greater risk, too. And knowing your risk is greatly important especially considering life-threatening emergencies don’t only happen when you’re racing. They can happen when you’re training, too.

So if you’re questioning whether you should exercise or not, this guideline could help you out. Don’t exercise if you:

Rather than rushing back into it, take some time to do some foam rolling. This 3-in-1 yoga foam roller with a high density foam roller, massage foam roller and massage stick, all nest inside one another for compact and easy storage. Plus, it’s affordable. You can’t go wrong adding this to your gym bag. 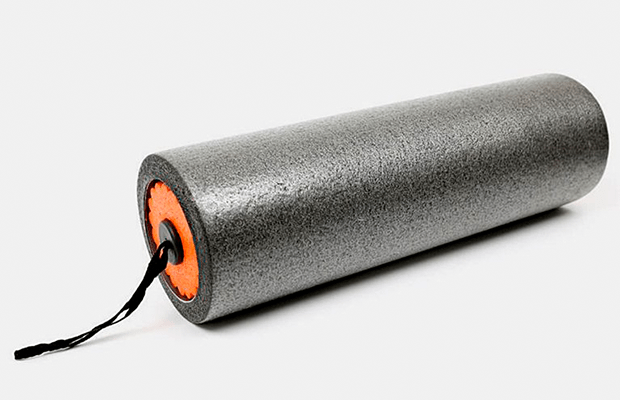