These 6 Creatures Have the Weirdest Penises On Earth

Let’s face it, guys: Having a penis is awesome. Whether it’s the benefits of urinating-while-standing or the sexual joys we all discover our dicks are capable of during our teenage years, that piece of multipurpose flesh between our legs often seems like our best friend.

We may be well aware of the many types of different dongs within the human race, most of us are probably equally unaware of the myriad forms the penis takes in the animal kingdom. Just as the beasts of this world differ from us in nearly every way imaginable, their units are equally as varied. Some are enormous; others diminutive. Some creatures can use their members in ways we’d never dream of. And some males don’t have penises at all. (We call those “the unfortunates.”) Here, a quick look at the literal birds and the bees—or at least, the odd masculine parts found between their legs. Or, in some cases…that actually are their legs. 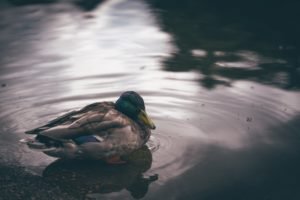 THE LAKE DUCK
Believe it or not, most bird species don’t have a penis. Instead, males and females have sex in a process known as a “cloacal kiss,” in which they touch their lower orifices together long enough to pass semen from him to her. The lake duck of Argentina, however, is not most birds. Male members of this South American species have a member that is on average half as large as the bird’s body—and some examples have been spotted possessing dicks as long as they are. 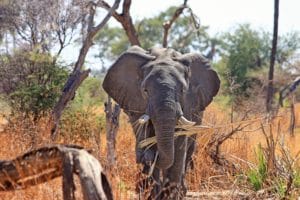 THE ELEPHANT
An elephant’s trunk is, in many ways, a nose that’s been transformed into an arm. Equipped with a sensitive end dextrous enough to pick up a pen, the trunk can bend and twist in any direction. Well, as it turns out, the elephant’s schnoz isn’t the only prehensile part of its body with a delicate tip. The pachyderm penis is also flexible and controllable; males have been observed using it to prop themselves up and scratch themselves. Don’t think male elephants have it all good, though: When in “musth”—a state of increased testosterone associated with mating—fluid gushes from a gland down the side of their face, and they tend to piss all over their own legs. 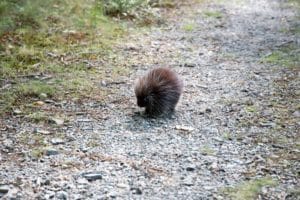 THE ECHIDNA
A porcupine-looking animal. Unless you’ve spent a lot of time in Australia, you’re probably not all that familiar with this spiny, egg-laying mammal. But even Aussies likely aren’t all that aware of the unusual situation happening down under on this monotreme. The male echidna, as it happens, has a four-headed penis. The animal’s dong splits not once but twice, creating a quartet of heads. During reproduction, only two of the four heads become engorged; the male switches off between sets for each sex act. After all, the female echidna only has two chambers in its vagina. 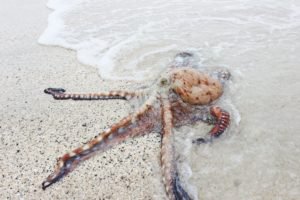 THE ARGONAUT
Quite a number of invertebrates have re-appropriated their limbs into semen-delivery systems; spiders, for example, use their pedipalps (those tiny “limbs” next to their mouths), while squid and octopi have a specific arm called a “hectocotlyus” designed to hold and pass along sperm. The octopus known as the argonaut takes things to another level, though. The male argonaut only mates once in its life, and it’s not hard to see why; in doing so, it detaches its special sex arm and leaves it with the female. Adding insult to injury: The male argonaut is so much smaller than its mate, when scientists first discovered the sex organ hanging out of a female, they reportedly thought it was a parasitic worm. 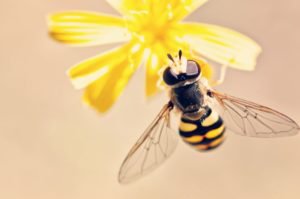 THE HONEYBEE
So…y’know how when a bee stings you and flies off, it rips apart its own body so it can leave the stinger behind to keep pumping poison into your skin? Turns out sex is pretty much the same for male honeybees. Upon mounting a virgin queen bee in flight (which is tough enough already, as thousands of males usually compete for a single fertile female), the male will inseminate her around seven to 10 times. That’s the last bit of fun he’ll ever know, however; when he flies off, his penis stays behind, ripping off his body and taking a good chunk of his abdomen with him. And in the odd event he doesn’t die very quickly, he’ll still be exiled from the hive, as he’s no longer of use to it. 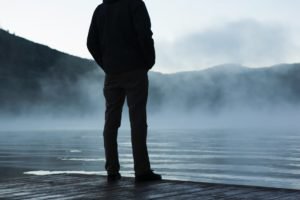 THE HUMAN
Yes, that quiet thought kicking around the back of your mind all these years was right: Your penis is special. At least, among primates. Humans have by far the largest dongs among the apes; chimps average around three inches when standing at attention, while gorillas and orangutans are half that size. And that way the head of your erect penis bulges outwards a bit? Scientists actually think our dicks evolved into that shape as a form of reducing sperm competition; the head appears designed to shovel any previous semen out of a woman’s vagina, thus reducing the odds your good stuff will beat out any other claimants to the egg.