Scientists Warn That Wireless Headphones Could Give You Cancer

A new article on Medium resurfaced an old fear that wireless headphones may pose a cancer risk. A 2015 petition signed by more than 200 scientists say that certain devices, like wireless headphones, may be unsafe. However, experts say that radiation emitted by wireless devices are very low–much lower than cell phones.

Photo by Marion Michele on Unsplash

By now, you’ve seen the alarmist headlines claiming that wireless headsets, like Apple AirPods, could potentially cause cancer. But does this “news” mean you should ditch those beloved bluetooth headphones for old school ear buds?

The answer isn’t so simple.

Here’s why people are talking about this: Last week, a Medium article questioned the safety of AirPods and other bluetooth headphones. The story quotes Jerry Phillips, a biochemistry professor at the University of Colorado at Colorado Springs, who believes wireless headphones aren’t as safe as we assume.

“My concern for AirPods is that their placement in the ear canal exposes tissues in the head to relatively high levels of radio-frequency radiation,” he said. Phillips told the website that risks include abnormal cell functioning, which may cause tumors or other health conditions.

The story surfaced a petition urging the United Nations and World Health Organisation to strengthen guidelines and regulatory standards for bluetooth devices. The document is signed by 250 researchers from more than 40 countries who caution that using certain devices may increase cancer risk. However, the petition isn’t new–it originated in 2015–and specifically calls out non-ionizing electromagnetic fields (used in all bluetooth devices), as well as radiofrequency radiation emitting devices (like cell phones and Wi-Fi) as dangerous.

There’s no question that bluetooth headphones emit radiation, but that doesn’t mean you need to give them up, says Dr. Michael Schulder, Director of Northwell Health’s Brain Tumor Center in Lake Success, New York.

Although most experts agree that there is no safe level of radiation, it’s simply not possible to avoid exposure, Schulder says.

“We cannot avoid radiation in our lives even if we lived a completely pastoral existence off the grid,” he says.

That’s because radiation is in our food, plants, airplane travel, and even the sun. The bigger question, then, is how much do you willingly want to expose yourself to radiation?

“For me, the added convenience of the AirPods doesn’t matter so I choose not to use them,” Schulder says. However, if you really enjoy wireless headphones, there’s no reason to give them up. Schulder explains that wireless headphones emit less radiation than another gadget most of us are glued to: cellphones.

“There has not been a major bump in tumors to suggest that cell phones are causing it [the tumors] and we know that the bluetooth radiation is less than cell phones themselves,” he says.

Bottom line: If you want to wear AirPods, go ahead.

But if you prefer to play it safe and stick to wearing regular headphones, here are a few we like: 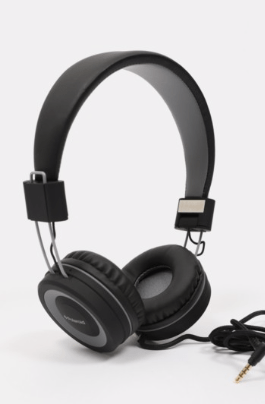 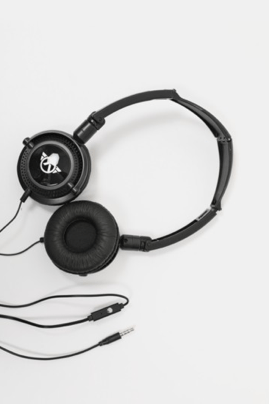