Recovery Advice From A Former Alcoholic And Drug Addict

After a year of sobriety, David Mitchley has lost 22kg.

Tis’ the season to be jolly, which means lots of celebrating, relaxing and of course, alcohol. Like most countries, South Africans enjoy their selection of party drinks when it comes to the festive period but history has shown that this comes with consequences.

Last year, 1612 people lost their lives on South African roads during this period, and one of the reasons, according to Minister of Transport Blade Nzimande, is drunk driving. Another alcohol-assisted tragedy has been domestic violence. According to data collected by the Medical Research Council, 67% of domestic violence cases in the Cape Metropole and 76% of cases in rural areas of the South Western Cape were alcohol related. Also, Research by NICRO shows that half of male prisoners had consumed alcohol or drugs prior to committing their most recent crime.

Drinking isn’t the go-to holiday activity for all South Africans. Many avoid alcohol entirely. Whether it’s for religious or health reasons. Sometimes it takes a moment of clarity, before realizing that enough is enough – just ask David Mitchley. 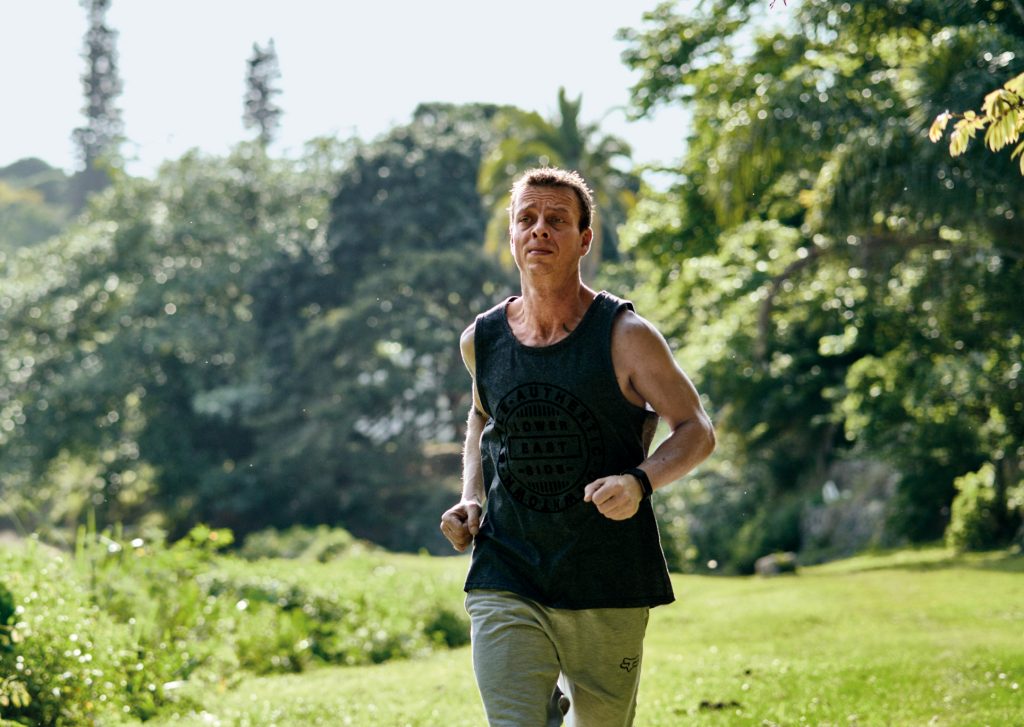 David is a 38-year-old finance manager from Amanzimtoti, Kwa-Zulu Natal who had the shock of his life last year when he woke up with his head bleeding in his living room after overdosing on booze and painkillers. His son, 16 at the time, found him and got help. David had always been the life of the party, but right there and then, he knew he had to change.

So he flipped the switch and swore off alcohol and drugs for the rest of his life. He also started running and training as an outlet and motivator. He’s now a year sober, and has lost 22KG in the process. He now wishes to share his story and help others who are battling with addiction get over the hurdles that they face and get their lives back on track.

“My year of sobriety was a long-term goal,” he says. “My main focus was just going Monday to Friday without a drink. My daily task was just to avoid having a beer after work.”

Getting rid of bad habits isn’t something that happens overnight. It’s good to not put too much pressure on yourself but still make sure that you make progress. For more on how to change your habits check out this four-step guide

“Find someone to talk to – whether it’s someone you trust or a professional. It helps.”

Speaking out to a friend or family member can also be difficult, because often the feeling of loneliness and depression leads to alcoholicism and drugs. So if you don’t have anyone close to you to talk to, Alcoholics Anonymous SA has been active for 73 years now, and has made a difference in countless lives. If you are struggling with alcoholism or know of someone who is, do not hesitate to contact them.

“Find something or someone you love. Something to hold on to. Even the smallest thing.”

Work towards something. We’ve had a number of stories that feature who have used fitness as their motivator, or their families, like Nic Ingel. Nic started his own gym after overcoming a long period of depression and addiction. Here’s how he did it.

“One of my goals was to be in Men’s Health, not even on the front page, but just to be able to share my story. Hopefully this will help others and motivate whoever reads this. I want people to know that it can be done.” 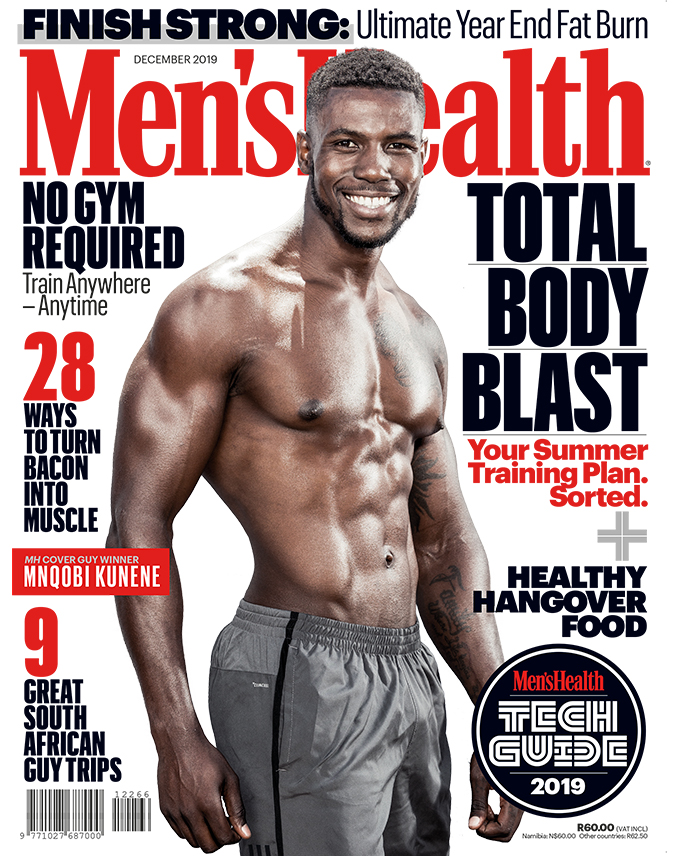 To read David's incredible story, get yourself a copy of our December issue. You'll find him on page 43.