Here are 8 alternative meds that don't need to be bought over the counter.

These DIY fixes may keep you healthier than anything you can buy in a pharmacy.

Aggressiveness. hallucinations. confusion. Stomach bleeding… Even spoken in the dulcet tones of a salesman, side effects sound scary. Or at least they should. “All drugs, including prescription, over-the-counter or traditional medicines, have potential risks associated with their use.

“To know whether to take a medicine, we should be sure that the benefits outweigh the risks,” says senior specialist scientist and member of the Pan African Clinical Trials Working Group, Dr Tamara Kredo.

It’s not just side effects you should be wary of. Many medications are costly and often aren’t as effective as drug-free strategies. “Taking something doesn’t always make you as healthy as doing something can,” says Dr John Abramson, author of Overdosed America.

“It’s better to try a lifestyle modification first. That way you’re actually trying to achieve better health, not just masking symptoms with drugs.” So don’t rush out to your nearest chemist for every sneeze, ache or pain. Give these alternatives a try.

Instead of: cough syrup
Try: a dose of honey

Think about how long it takes honey to travel down the inside of a plastic squeeze bottle and onto your toast. Well, that same thick, viscous quality makes honey a perfect substitute for cough syrup. Both do essentially the same thing – coat the throat, relieving irritation.

In fact, a recent study in the Archives of Pediatrics & Adolescent Medicine found that a spoonful of honey was better than dextromethorphan (DM), the active ingredient in most cough suppressants, at halting hacking in children. Honey should work equally well in adults, says study author Dr Ian Paul.

Pharmacy-free prescription: Try darker varieties of honey as these contains more antioxidants than lighter shades do. Take two teaspoons when you want to quiet your cough, but don’t try to squelch the cough altogether. Productive daytime coughing can help loosen and move mucus out of your lungs. 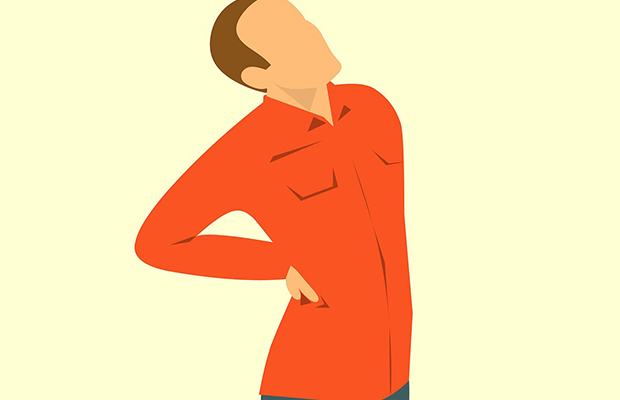 Instead of: Nonsteroidal anti-inflammatory drugs (NSAIDs) or paracetamol
Try: The warrior pose

What’s the first thing you do when your back starts hurting? You probably stretch and twist your torso in an instinctive attempt to work out the kinks you’re feeling. Your body is onto something: in a study in the Annals of Internal Medicine, a therapeutic yoga technique known as viniyoga reduced peoples’ chronic back pain enough for them to decrease or even eliminate pain medications. And in so doing, they spared themselves the potential liver or gastrointestinal damage that can result from long-term reliance on NSAIDs (such as ibuprofen and aspirin) or paracetamol.

Pharmacy-free prescription: The people in the study spent 75 minutes once a week doing the cobra, wheel, bridge, supine butterfly, swimmer’s posture and warrior, among other yoga poses. Not only will you increase your strength and flexibility with these poses, but you may also become more aware of movement habits you’ve slipped into that caused the pain to begin with, says study author Karen Sherman.

Instead of: Painkillers
Try: Fewer pills, more sleep
Who would’ve thought that taking medicine to stop pain could actually perpetuate the pounding? This can happen with certain headache “remedies”. “A medication-overuse headache can occur when people who have frequent headaches take painkillers 15 or more days a month,” says Dr Peter Goadsby. Doctors don’t fully understand why it happens, but it appears to occur most often when people take compound analgesics – that is, medicines with multiple active ingredients.

Pharmacy-free prescription: Avoid the compound medications, and scale back using any pain pills as much as you can tolerate, Goadsby says. Strive for no more than two a week. Then focus on your sleep as a way of heading off headaches. The areas of your brain that contribute to your cranial pain are also involved in sleep, he says. By sticking to a strict – consistent – sleep schedule, you may be able to desensitise those trouble spots. 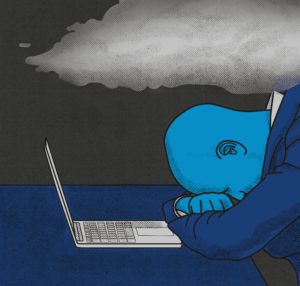 Instead of: Antidepressants
Try: Re-training your brain.
To fight depression, consider battling the negativity head-on. That’s the thinking behind a DIY treatment known as mindfulness-based cognitive therapy (MBCT). With this technique, you focus on controlling your reactions to certain thoughts and emotions – you learn to see them objectively rather than allowing them to sweep you away. In recent studies, MBCT proved to be as effective as anti-depressants in preventing relapse, and more effective at enhancing quality of life.

Pharmacy-free prescription: One MBCT technique, the “three-minute breathing space”, is designed to help end the swirl of negative thoughts in your head. You start by focusing on how your body feels as well as on what you’re thinking and feeling right now. Then you shift your attention to your breathing to bring yourself further into the present moment. Finally, you expand your awareness back out to your entire body while deliberately breathing in and out. If that sample feels effective for you, ask your doctor to recommend a therapist trained in MBCT.

Related: 7 Male-Specific Signs Of Depression That Prove It’s Not All About Sadness

Instead of: Sleep aids
Try: A few late nights.
Chronic toss-and-turner? Just give up. Go flip on the TV. That’s because cutting back your restless hours by delaying your bedtime could ultimately point you towards more solid slumber – and keep you off prescription sleep aids. That’s good, because insomnia-combatting drugs aren’t permanent solutions. “Sleep medicines commonly lose their effectiveness over time because your body can grow used to them,” says Dr Christopher Winter.

Pharmacy-free prescription: If you usually go to bed at 10pm but don’t nod off until 1am, try to hit the sack at 1am – but wake up the same time you ordinarily would, Dr Lee Ritterband suggests. “You’re creating some sleep deprivation,” he says, “but that makes it easier to fall and stay asleep on subsequent nights.”

After a few weeks of this, start pushing your bedtime up in 20-minute increments to see if you can maintain the gains.

Related: Five Steps To Help You Wind Down And Get To Sleep Faster

Instead of: Laxatives
Try: Turning on the waterworks
Your colon moves. It twitches and tightens to keep things rolling down the line. But your colon can slow down or absorb too much liquid (for any number of reasons, including insufficient fibre in your diet, inactivity, dehydration or certain medications), making waste linger and dry up.

That’s constipation. People who use laxatives often typically need to increase the dose over time because their bowels become dependent on the medicine.

Pharmacy-free prescription: Eliminate the laxative habit by downing two full glasses of water before breakfast. Liquids add fluid to the colon and bulk to stools, making them softer and easier to pass. While you’re at it, eat a banana or an apple. “The bulk provided by their fibre stimulates the bowel to move in a rhythmic way – hence the phrase ‘bowel movement’,” says Abramson. “Why would you use something to irritate your bowel – which is what many laxatives do – when you can simply eat fruit instead?”

Instead of: Daily medicines
Try: An air filter
Instead of trying to change the way your body responds to irritants – that’s how most asthma and allergy medicines work – go after the irritants directly. Air filters can significantly reduce the triggers that cause your wheezing, chest tightness and coughing, says scientist Ted Myatt.

His 2008 study in Environmental Health found that high-efficiency in-duct air filters reduced cat allergens by up to 55% and fungal spores by up to 75%. Your doctor can tell you whether home filtering can minimise your need for an OTC or prescription drug.

Pharmacy-free prescription Avoid the hefty expense of a whole-house air filtration system – place a portable HEPA air filter in your bedroom, where you spend most of your time at home.

That Time Of Year Again GIF from Thebigbangtheory GIFs

Instead of: Antiviral meds
Try: Jacking up the humidity
Wage your flu battle at the hardware store, not the pharmacy. Your weapon of choice: a humidifier. “The airborne influenza virus survives longer in drier air,” Myatt says.

His newest study in Environmental Health found that a humidifier in a bedroom produced significant reductions in flu-virus survival. Given the disputed effectiveness of the popular antiviral drug Tamiflu
– a 2009 study was underwhelmed by it – this preventative step has obvious appeal.

Pharmacy-free prescription: If the flu is going around, place a portable humidifier in your bedroom and set it for 50% humidity, Myatt says. Better-quality models come with microbe-fighting UV lights or silver in their filters. Bonus: it’ll keep your skin from becoming itchy and scratchy as well.

Related: You Get Sick Easily While Traveling On A Plane And Five Other Travel Myths Busted