Where bad habits and happiness collide.

The first month of the year has almost come and gone. And so has most of our ability to stick to our New Year’s resolutions. This year, we at MH decided to kick resolutions to the curb. We haven’t given up on being better people. We’re just embracing ourselves as flawed humans.

This year, we’re acknowledging all the bad habits we have. But instead of giving them up (and saying goodbye to happiness), we’ve found ways to make them better – that way we no longer have to feel bad about partaking in them.

Here’s all the things we’re not giving up this year: 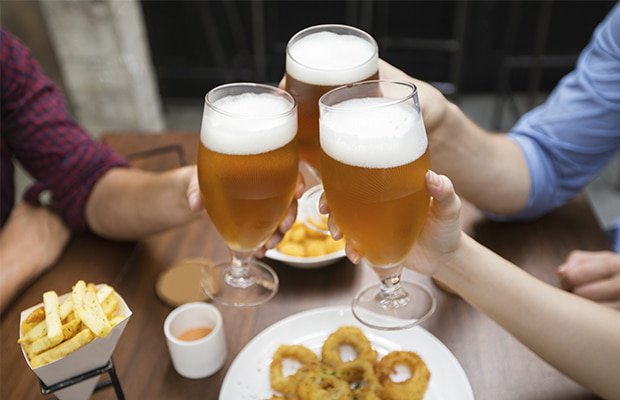 “In 2018, beers after work became a regular. That together with #FridayDrinks at the Men’s Health HQ, made for unnecessary carbs and way too many Uber bills. But in 2019, it’s new me and same beer habit.

“According to Forbes, saying no to post-work drinks can lead others to see you as not being a team player. More so, it could indicate you aren’t interested in getting to know your co-workers, with Forbes calling it ‘career suicide’.

“But with beer also affecting your muscle and fitness gains, moderation is key – two is my limit. Plus, I’ll be sticking to lighter beers instead – with some having as little as a 2% AVB.”

“I’m not going to give up my late nights as it works for me at the moment. Most of the time I only get five to six hours of sleep. I tend to have an overactive mind and end up watching series and overthinking. But this sometimes has a negative impact on my lifestyle. If I sleep poorly even for one night, I feel sluggish and tired the next day. And it also effect the way I look and feel.

“I can’t bring myself to go to bed before 12am. But if I maintain a strict and consistent sleep schedule and trick my body by going to bed at 12am each night, it will be better for me in the long run. I’ll try not to take naps longer than 20-30 minutes during the day and limit my caffeine intake. I see this as a win-win situation as I still have enough leisure time at night. I’ll also be more productive during the day.” 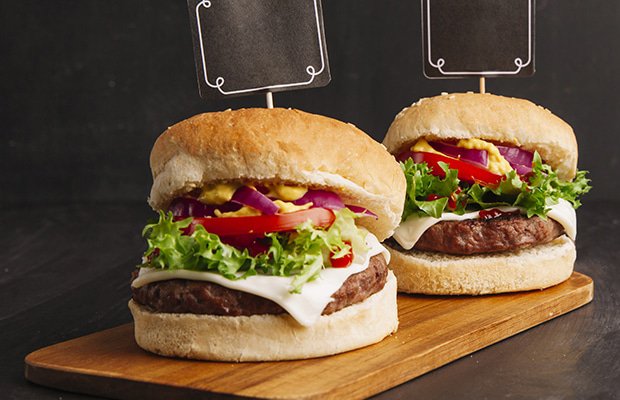 “Friday night burger night is a ritual in our house. It’s quick and easy to throw together after a long week, the kids love it and it signals the start of the weekend. But I admit, burgers aren’t always the healthiest.

“Instead of frozen patties, I plan on buying the fresh mince versions (for beef burgers) and grilling some chicken breasts (for chicken burgers). For the fries that accompanies the burgers, I plan on making my own by slicing potatoes and baking them in the oven with a bit of olive oil. I’m planning on replacing the buns with either whole-wheat rolls, giant mushrooms or even cabbage (if I’m feeling particularly virtuous).”

“For some, walking up and down a mall on a Saturday morning may sound like the worst thing ever – ask my husband.

“Don’t get me wrong, it can get tedious at times and spending money I don’t have isn’t always great, but I can always return it, right? But it’s not all bad, there’s a reason why it’s called retail therapy, right?

“I probably spend around 3 hours walking from shop to shop, that’s about 2500 kilojoules burned while not even breaking a sweat. Add the fact that I can stumble upon that item I’ve wanted for so long and it’s on sale (queue the flow of endorphins). This feel-good chemical improves my mood, drops stress levels, and even lowers blood pressure. So basically, bagging that special few pieces that makes me not only look good, but also feel amazing, really puts an extra spring in my step.

“Remember, comfort is key, so investing in a pair of cool sneakers to walk around the mall in will only make that experience even better.” 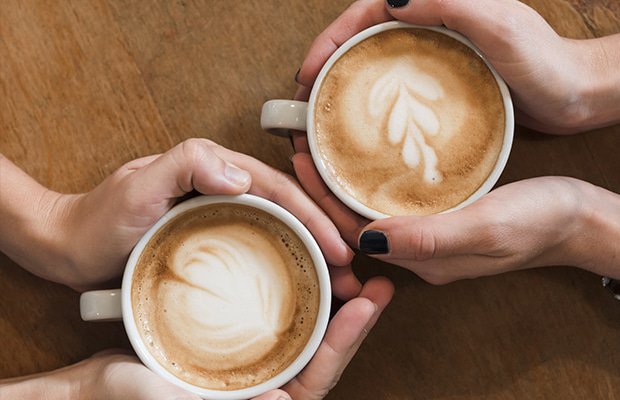 “It’s one of the oldest work-related resolutions; drink less coffee. But this year, I have no plans to kick this habit. After all, why would I? Different studies from around the world have shown that drinking coffee comes with a whole host of benefits.

“From being a great pre-workout and boosting your mood, to reducing your risk of cancer and improving your memory, the benefits are endless. My resolution? Conscious coffee consumption. I’m going to buy a recyclable cup (like this one here) so that I can not only save a few bucks by bringing my own, but save the planet, too.”

“There are studies showing how our use of social media is making us lonely. While we may think that connecting to ‘friends’ online is making us more sociable, overuse of the platforms lead to low-self-esteem and feelings of inadequacy. I’ll be the first to admit that I spend an insane amount of time on social media. And now that my phone displays how I manage my screen time (not very well apparently) – I should feel bad about the amount of time I spend on social platforms.

“But this year, instead of giving up the Facebook, Twitter and Instagram for good, I’m going to curate the kind of media that would elicit positive feelings. Instead of following a host of people who post about their wild nights out, and their monthly island hopping trips, I’m following people who share similar interests and passions. I’ll also follow accounts that offer useful advice, such as The Financial Diet .” 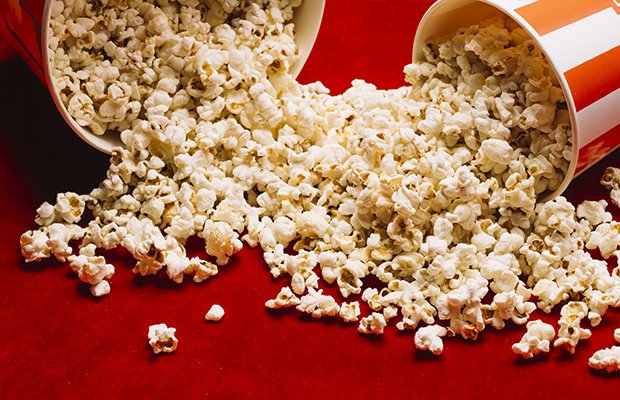 My serious guilty pleasure is munching on a bag of popcorn.  Consumption of the tasty corn kernel is not limited to cinema viewing. I’ll have it at my desk, with my daughter at home, and now that I’ve discovered a wasabi flavoured popcorn at Pick ‘n Pay, the yellow corn will remain my go-to snack.

Luckily for me, popcorn comes with a host of benefits. The corn contains plenty of dietary fibre which improves digestive health, keeping me full throughout the day. This means I won’t reach for other unhealthy snacks. Its high fibre content also promotes healthy gut bacteria reducing my risk of developing colon cancer. Popcorn makes for the ultimate comfort food. Plus, it contains vitamin B3, which is known for its potential of reducing depression.

“I sit for about 11 hours a day. Roughly eight hours at work and three hours on my commute back and forth. This is not good for my back. Sitting also slows down my heart rate and can shorten my life expectancy. While I can’t give up sitting for good (standing all day isn’t healthy for you either), there are ways for me to reduce the amount of time I spend sitting.

“My solution? Standing desk and cycling. I have invested in a standing desk, so my bad habit has become a light workout, and reduced my sitting by half. It has improved my productivity and forces me to take more breaks. Sitting has become a reward now and not a health hazard.

“As for the commute, I have substituted some of it with cycling, this added a lot more endorphins into my morning and evening commute. Along with a stretching regime after my car ride.”

“In an era where everyone is trying to be as ‘woke’ as possible, I’ve dived into the habit of napping in the afternoon. But napping is also an extreme sport – the daily crash-and-snooze could last for 15 minutes or until the year 2022. As good as those time-travelling naps are, there is a downside – they ruin your body’s clock and, in turn, your sleeping pattern.

“This was the case for me last year when I found myself wide awake at 2am with the energy I needed at 9am. When it came time for me to clock in and start my work day, I’d have to rely on about two or three cups of coffee (definitely more) to keep myself going throughout the day. It became a vicious cycle: Caffeine zombie by day, Super Saiyan by night.

“Naps can be very beneficial to one’s health and happiness. A Stanford University found that the less you sleep, the more likely you are to gain weight, and it’s also the laziest form of stress management.

“But these benefits don’t occur when you nap for too long. It is recommended that you only nap for 15 to 20 minutes, you’ll feel refreshed and you’ll still have the rest of your day to do things. So from now on I will set an alarm for my power naps, limiting my snooze time to only 20 minutes (talk about cutting your dreams short, right?).

“Now if only I can beat my other bad habit… hitting the snooze button.”