I Thought Men Didn’t Get Breast Cancer, Until I Did

October is breast cancer awareness month; and although men make up only 1% of cases, they often ignore the signs until it’s too late. 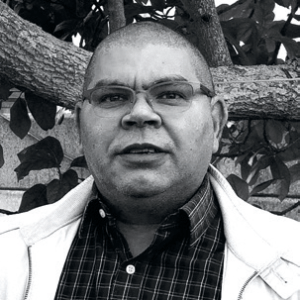 October is breast cancer awareness month; and although men make up only 1% of cases, they often ignore the signs until it’s too late. This month’s challenge: set a monthly reminder to perform a breast examination – it could save your life.

Related: I Was Diagnosed With Male Breast Cancer At 24 – Here’s What You Should Know

Ismail-Ian was diagnosed with prostate cancer in 2004. After fighting it and overcoming it, he went on with his life. But four years later, he felt a lump in his left breast. His doctor believed the lump was just a lipoma, a fatty deposit under the skin. But when Ismail-Ian began to feel pain, he knew something was wrong.

Because of his history with cancer, and his paranoia, he insisted on getting a biopsy – and the results confirmed his worst fears. In 2008, at age 45, Ismail-Ian was diagnosed with stage 1 breast cancer.

“I believed and acted on my doctor’s advice. Besides, ‘men don’t get breast cancer’. Even though I’d read a lot about cancer while dealing with the prostate cancer, like most men I was naïve about breast cancer in men. I always thought it was silly to think that men could get breast cancer. How naive I was, back then…”

Related: Guys, Why Aren’t You Checking Your Balls For Testicular Cancer?

He says that because of his history with cancer, the challenges weren’t that great. “I was ready, and knew exactly how to deal with it.” Rather than suffering and struggling though treatment, he was inspired: in the same year he was diagnosed with breast cancer, Ismail-Ian founded Can-Sir SA, an organisation that raises awareness for all forms of men’s cancer.

Ismail-Ian was fortunate his cancer was caught early, which meant he could have vigorous, severe radiation and a lumpectomy instead of having all of his breast tissue removed. But many men don’t catch it early; either because they ignore symptoms and think it’s impossible, or because they don’t do regular self-checks.

Related: Liver Cancer Deaths Have Increased By 43 Percent: How To Spot The Signs

“It could be a cultural thing. In some cultures men feel they would be ridiculed, thought of as being less than a man, or as being bewitched. [Breast cancer] may not conform to their religious beliefs, and therefore they just dismiss the issue, thinking “It won’t happen to me”. So they stay away from doctors, and believe the misconception that breast cancer is a women’s issue.

“But for men, the problem is real. Can-Sir’s 2016 research data from four hospitals around the country found a 50% increase in male breast cancer patients since we initially did a count back in 2008.”

Ultimately, breast cancer in South African men is on the rise, but the awareness and self-checks need to be too.

Who Can I Help?

Can-Sir gives support to cancer patients and raises awareness through school and tertiary education programs. Visit their site (can-sir.org.za) to fill out volunteer and membership forms. In honour of Breast Cancer Awareness Month, they’re partnering with the Pink Drive for events.

Related: I Had Penile Cancer: Here’s What I Want All Men to Know

How Can I Help?

Raising awareness and speaking about breast cancer in men helps diminish the stigma surrounding cancer, which leads to more diagnoses and treatment, says Ismail-Ian. Donate money to an organisation such as CANSA. This funds research which helps the fight against cancer. CANSA has around 25 research projects being conducted at any one time.

How Can I Protect Myself?

“The most common sign of breast cancer in men is a firm, non-painful mass located just below the nipple,” says CANSA. Unlike women, most men don’t go to the doctor until they develop more severe symptoms such as bleeding from the nipple, at which point the cancer might have spread. Catch it early by performing breast examinations, and use the points below.

Related: The Advice From Your Mom You’ve Been Ignoring Your Whole Life Is Actually Key To Avoiding Cancer

The Signs Are The Same As In Women. Look Out For: 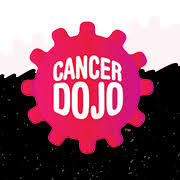