Give Up Your Phone For A Few Hours A Day, It Changed My Damn Life

When I had a panic attack because I left my phone at home, I knew something had to change.

Ever wanted to give up your phone? There’s much anxiety that comes with it. Here’s how it changed the life of this writer.

As a freelance writer, I’m on my phone a lot. I communicate with editors almost exclusively via email, accept last-minute assignments on-the-go, and chronicle my adventures on Instagram. Every morning, I wake up, roll over, and immediately scroll through my email before doing anything else. Being connected is a large part of what keeps my business afloat.

One day, as I was grabbing a coffee across the street from my apartment, I was standing in line when I started to feel panicked. My chest was tight, I was short of breath, and I had this unmistakable feeling of terror, even though I couldn’t really identify what I was scared of.

I was having a panic attack. And it was in part because I didn’t have my phone with me. It was a wakeup call. I knew I needed to stop letting my phone run my life.

Related: It’s International Panic Day – These Are 8 Simple Hacks Stress Experts Use to Calm Down When They’re Frazzled

It should come as no surprise that our phones stress us out. Multiple studies have shown that excessive smartphone use can lead people to experience brain changes that are linked to depression and anxiety. Although smartphone addiction is not classified as an official disorder in the latest edition of the DSM, internet addiction in general is listed as a disorder in need of further research, as well as an issue of “significant public health importance.”

But even though our phones make us miserable, we literally can’t handle being away from them. One study found that when people could hear their phones ringing but couldn’t answer them, their levels of the stress hormone cortisol spiked; another found that up to 90% of people feel “phantom vibrations,” and that we can go into “panic mode” when our phones are on low battery . There’s even a term for this: nomophobia, or the irrational fear of being without your smartphone.

What’s more, most people realise just how dependent they are on their phones. They just don’t want to do anything about it. In a 2017 study, 65% of Americans said they would benefit from a “digital detox,” or temporarily purging technology from their lives — but only 28% admitted to actually trying it themselves.

Sick of waking up stressed out, anxiously awaiting an updated inbox, and going to bed with my device in hand scrolling through social media feeds, I decided to spend a month in relationship rehab with my phone. 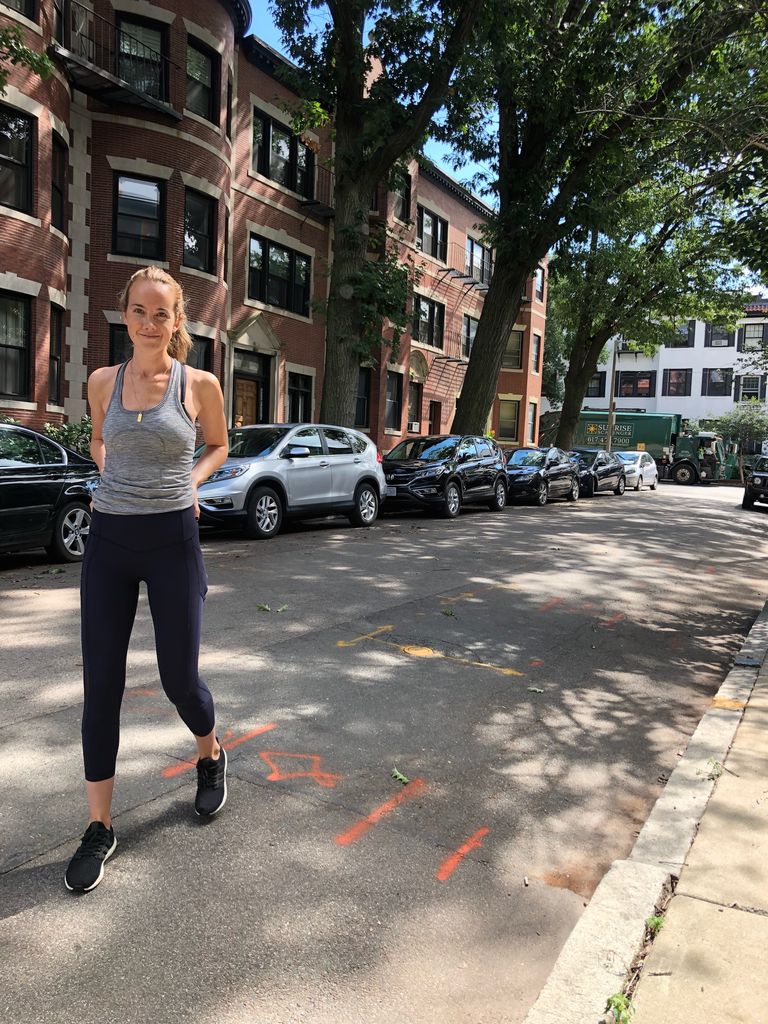 Your goal shouldn’t be to give up your phone entirely, (after all, I do really need it for my job). But I wanted to give myself some much-needed distance from my device.

Related: Here’s Something You Need To Know About Your Phone. And It’s Not Pretty

I knew I needed to start small. So for the first few days of the experiment, instead of waking up and immediately strolling through my emails, I didn’t look at my phone at all. Instead, I went for a walk outside — something I knew from my research as a health reporter helps you clear your mind and start your day off on the right foot. Then I’d go for a run or do an early a.m. workout class — no phone whatsoever (and trust me, as someone who used to Instagram a lot at the gym, this was no small feat).

Almost immediately, I noticed a difference. During that first week, as I walked down the streets, I realised I was looking around instead of down, and I saw some of what I’d been missing: morning sunshine, quiet city streets. I also realised how ridiculous other people looked when they were constantly on their phones, and how plugged in everyone else was. (The next time you find yourself on a subway car or walking down a city street, look around: almost everyone is looking down.)

After a while, everything felt a bit slower. I realised I could breathe. I could think. 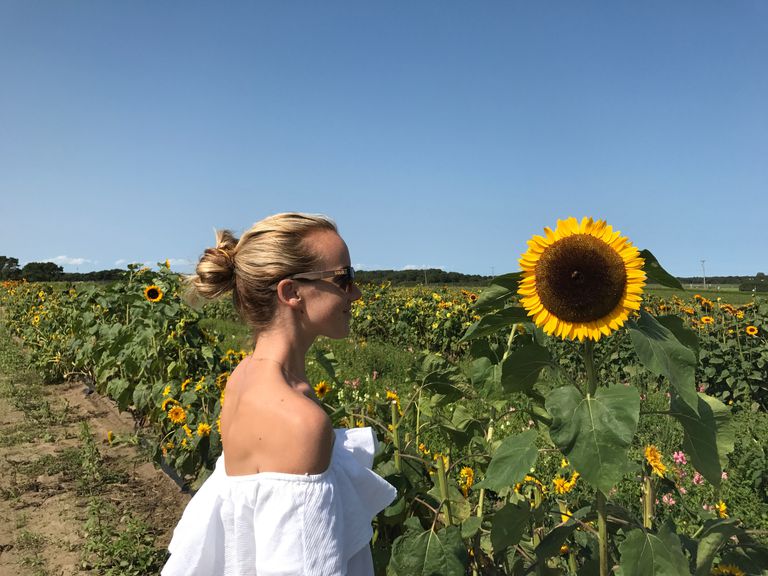 The second week, I took things a bit further. I began leaving my phone behind during the day when I wasn’t working, during short walks around the block, trips to the grocery store, and coffee or lunch meetings. I even left it behind on runs.

Related: From An Unhealthy Addiction To Getting High On Running

This wasn’t easy. One day, I went to meet a friend for a run, and she was late. Unable to text her, I felt a little panicked standing there, just waiting by myself. I debated starting the run without her, or even asking a stranger for their phone to text her. But 15 minutes later, she showed up, and the anxiety went away immediately.

Over the course of a few weeks, I wasn’t as overwhelmed with the anxiety of not having my phone on me (it’s a process, people). I started to feel a little calmer and more relaxed. I realised that not constantly checking my email wasn’t going to make or break my career. If I missed a call, I could always just call the person back when I got home.

I also realised I didn’t have to document absolutely everything in my life on social media. Now, when I went somewhere, I was able to actually take in sights instead of trying to take the perfect Instagram photo. 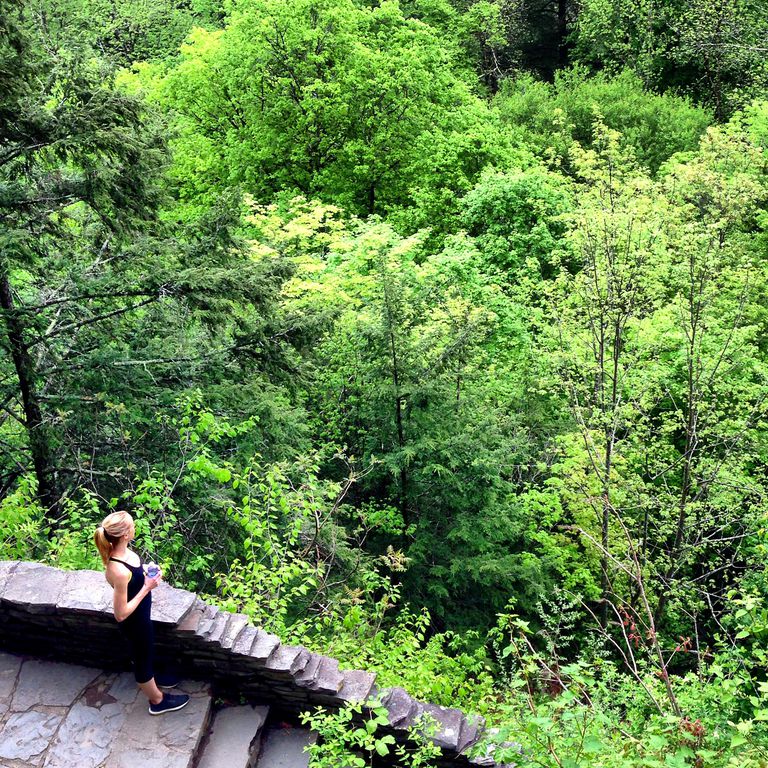 I wouldn’t say that I officially broke up with my phone — it was more like we went to couples’ therapy. I obviously still use my phone to check my email, track my runs on Strava, and Instagram story occasionally. But I’m more aware of how my digital habits affect my mood and overall well-being.

Last week, I took my first real vacation in a year. I swam in the ocean, spent time with family, and worked out — totally unplugged. In the past, I would have been freaking out about how many emails I had in my inbox, or whether I had missed something important. But I knew the emails could wait. Everything else could wait. And for the first time in years, I truly was able to enjoy myself — phone-free.

So try to give up your phone, it could change your life.