Turn the tap for these icy benefits.

The first thing you should do before your next outdoor training session? Jump into the coldest shower you can handle and stay under for five minutes. If that sounds pretty punishing, you’re not wrong. But there’s a method to this madness, because taking a cold shower benefits your mind and body in a myriad of ways.

If you’re tempted to channel your inner Wim Hof but need a little convincing before you embrace the chill, an emerging body of scientific evidence makes a case for turning the temperature dial 180-degrees. You needn’t go full Iceman to fire up the most potent cold shower benefits, either – 21 degrees Celsius or lower is cool enough.

Related: This Guy Took Freezing Cold Showers Every Day For a Week. Here’s What Happened

The first time you try it, you’ll hate it. Relax, keep your breathing steady, focus your mind and stick with it. It will help you build the mental fortitude you need when committing to a tough training programme. Plus, once it’s over, you will have completed the hardest part of your workout. It’s unlikely you’ll skip the rest.

Ready to lift your health and training to a new degree? We thought so. Should you need a little more convincing, however, here’s 13 science-backed reasons to turn your next shower baltic. You can thank us later.

When you step under a cold shower, the water stimulates the cold receptors in your skin, which send strong electrical impulses to your brain. This triggers the release of mood-regulating neurotransmitters like endorphins – the same chemicals responsible for the “runner’s high”, except without the hassle of lacing up to tackle a morning 5k.

Struggling to shake off morning grogginess? Freezing water boosts the production of norepinephrine and dopamine, two hormones that shift your nervous system into a sympathetic state – which essentially means that it’s a great way to get hyped up before your workout, particularly when combined with a double espresso. Though maybe you shouldn’t drink that in the shower.

3. Fires Up Your Circulation

Turning the dial down “instantly reduces your core temperature, which makes your body work harder to warm itself back up by pumping blood around a lot faster,” says personal trainer Ollie Hayes, former professional rugby player and founder of So Fit. “This massively improves your circulation, which has longer term health benefits,” and helps ward off cardiovascular conditions like heart attack, angina and stroke.

Counter-intuitively, an icy bath or shower can help you warm up before training. It flips your body’s internal thermostat, raising your metabolism and kick-starting your in-built heat-producing mechanisms – an energy-intensive process that torches through calories.

5. Speeds Up Your Post-workout Recovery

Here’s how: it constricts the blood vessels near the surface of your skin, diverting blood towards your core – a process known as vasoconstriction. “The purported recovery benefit is that this reduces swelling and inflammation in the muscles,” says sports scientist Adam Ridler, a master trainer at Ten Health and Fitness. “It helps to draw waste substances and lactic acid away. When the body begins to warm up, vasodilation occurs, pumping fresh, warm blood around the tissues bringing nutrients, oxygen and aiding in recovery.”

As well as flushing your muscles of toxins, making your post-workout shower a cold one also tricks your brain into making a speedier recovery. Cold water immersion “significantly lowered” athletes’ perceptions of muscle soreness and general fatigue, a study by the South Australian Sports Institute found, even though they had the same muscle damage and inflammation as seen in the control group.

7. Shores up Your Immune Defences

It mightn’t feel like a protective measure, but repeated exposure to cold water stimulates production of the infection-fighting white blood cells that defend your body against common illnesses, Charles University found. Plus, when you do succumb, you’re less likely to suffer. People who take cold showers are 29 per cent less likely to call in sick for work or school, a study published in PLoS One revealed – leading researchers to conclude that the icy spray makes a person’s illness feel less severe than it actually is.

Fast metabolism, more weight loss, right? “While there may be an element of truth in this, if you’re having six cold showers a day and are still eating a KFC every lunchtime, you’re not going to be losing much weight,” says Hayes. “Weight loss ultimately comes down to calories in versus calories out. No amount of cold showers will make up for a bad diet.” To reap the metabolic rewards, resist the temptation to “reward” your bravery.

via GIPHY
Taking a cold shower for five minutes, once or twice daily, relieved symptoms of depression in a small trial by Virginia Commonwealth University School of Medicine. As well as boosting levels of norepinephrine, cold water promotes the release of beta-endorphin, “a substance that can block the sensation of pain,” says Dr. Stephanie Ooi, GP at MyHealthcare Clinic. Together, they’re thought to help fend off the Black Dog.

You don’t need us to tell you that unchecked inflammation is bad news for your health. Over the long-term, your inflammatory response can damage healthy cells, tissues and organs, upping your risk of serious diseases like cancer, arthritis and hardened arteries. Cold showers are a panacea: they activate your sympathetic nervous system, lowering levels of the pro-inflammatory cytokines that contribute to chronic inflammation.

When athletes were subjected to extremely low temperatures after a tough sprint session, the concentration of testosterone in their saliva was 21 per cent higher two hours after their workout, and 28 per cent higher after 24 hours, sports scientists at Swansea University found. Being athletes, they used a cryotherapy chamber, but a cold dip’ll work just as well.

The Drawbacks of Cold Showers 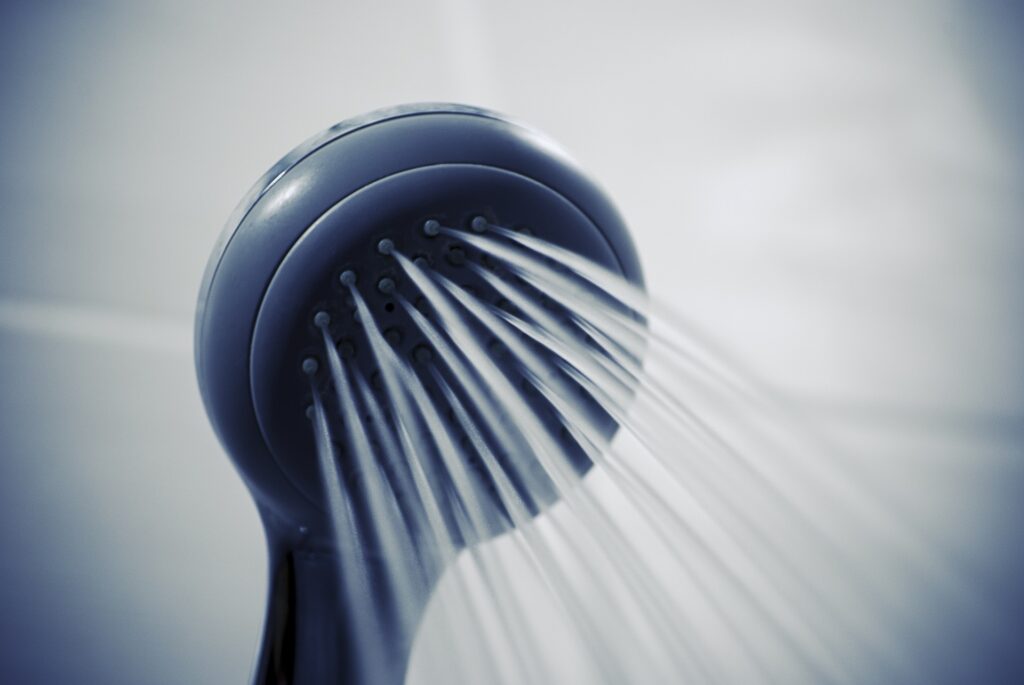 We’ve covered the many ways that taking a cold shower benefits your physical and mental health. But it’s worth distinguishing that while an icy blast under the faucet can certainly add value to your life, it’s not a panacea for all ills.

In fact, there are a small percentage of people for whom cold showers could be harmful. If you’re feeling under the weather, have recently been in hospital, or are immunocompromised, exposing your skin to freezing temperatures may well do more harm than good.

More generally, if you’re already cold before you jump into the shower – because it’s winter, for example – turning the dial down mightn’t transfer the same benefits. Plus, it’s likely to take a long time for your body to warm back up. In short: be sensible.

Finally, if you’re currently taking medication for your mental health – for example, if you’ve been diagnosed with clinical depression, bipolar or borderline personality disorder – ditching your prescription in favour of a cold shower isn’t advised. At all. Stick to your doctor’s advice.

How to Start Taking Cold Showers

So, you’re committed to your new shower habit, but can’t quite face a full five-minute stint straight off the bat? Mediate the sting of the spray by easing into the habit with short, sharp blasts. Begin by lowering the temperature incrementally at the end of your usual shower. Make sure the water is cold enough that it’s uncomfortable, but not unbearable.

Sustain the cold for two or three minutes, breathing deeply to allay any discomfort. Resist the temptation to stiffen up, and try and lean into the experience. The following day, drop the temperature further and stick it out for another 30 seconds. Gradually work your way up to a full five minutes with each passing shower. While ‘fully acclimatising’ might be a wishful goal, you’ll soon anticipate the post-blast endorphin rush.