Sébastien Loeb In South Africa: Catching Up With The WRC Legend

Sébastien told us about the supercars he drives, retirement and his eye-opening comeback.

Sébastien Loeb retired in 2012 but he’s never been busier. The most successful driver in WRC history made the time to catch up with MH days after he came out of retirement to beat Sébastien Ogier. Loeb had edged out the six-time WRC champ in Spain, winning his first WRC race in over five years.

Still in a celebratory mood, there were laughs all-round when we gave him a call. “I’ve been doing a lot of races because I didn’t really change my way of living,” the 44-year-old tells us of retirement.  “I still continued in the competition with the Dakar, [then] it was the GT championship and the [World Rally eXperimental (WRX)], so I always had a lot of races.” 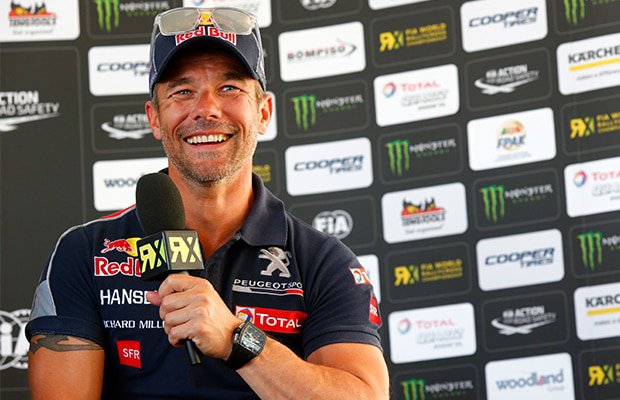 Although he’s got the fitness of a racer in his prime, his retirement plans were to spend more time at home in Switzerland, where his daughter, Valentine Loeb schools. Switzerland has been home to the Frenchman for the past 15 years, with Sébastien enjoying his good meat and red wine.

“But that didn’t happen in the end,” he says. “That was the idea when I retired from WRC, but last year I was more busy than I was when I was in the WRC championship.” When you’re the world’s best, the globe’s circuit is always hungry for more.” All the tests and the races in the end were even more than in the past. [We had] the Dakar, the Morocco Rally, the WRC Championship, the development of a new car, and the WRX Championship.”

For him, keeping fit doesn’t take place in the gym. His routine comes with a dose of adrenalin, just like his career. “It’s not normal fitness, I don’t train, like you, everyday,” he jokes. “I do a bit of fitness to keep fit for the races, but not running a marathon—it’s just normal fitness I would say. I do some skiing and cycling. I like to wakeboard, I climb a bit, I like to do motorbiking and go-karting—that’s what I do.” One thing’s for sure: what Sébastien does to keep fit works. When it came to beating Ogier, his performance was one of his most thrilling yet. “It was not an easy challenge to come back years later. I had some good performances in the two thirds, with some troubles that meant I couldn’t pass until the end.”

His win came with a masterstroke that boiled down to his experience. He made a last minute change to hard compound tyres, with a gut feeling that the pouring rain would clear and the asphalt would dry. And with other drivers, including Ogier, sticking to soft tyres to perform better in the wet – his move paid off big time. “For sure, it’s a great thing to win like this. Especially when the win comes only after the last stage. I was not used to that in my career. A lot of victories I had, on the Sunday morning you knew if everything’s going to go well in the end. This time it was a bit different, so it makes it more exciting.

With his winning exploits, surely a full-time comeback’s on the cards, we ask? “No, the plan is not to come back full-time. I know why I retired, I had my reasons to stop and all these reasons still exist. For sure it’s motivating to see that I’m still competitive and finally, to maybe win more. It was the decision I took to retire, so if I can still do some races, why not?” 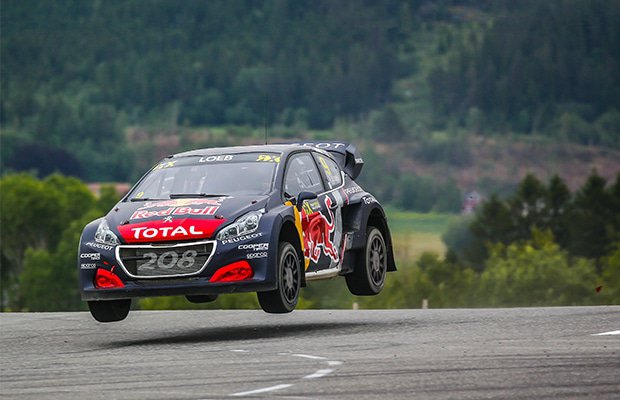 And with his racing streak in full-force, the Peugeot Total team stalwart will be racing in South Africa in just days to come. The final round of the FIA World Rallycross Championship is taking place on Saturday and Sunday (23, 24 November) at the Killarney International Raceway, and it’s one of our favourite events on the calendar. At last year’s event, which saw the first WRC race in Sub Saharan Africa, the value of the 25 participating rallycross supercars was estimated to be more than R250 million.

Sébastien can’t wait to come back to South Africa, “I’m happy because it has some good red meat and good red wine,” he jokes. “It’s a nice place. I enjoy it there last year, even if I didn’t do a lot. When I go somewhere for racing, I don’t spend a lot of time to discover and go around, but [Cape Town] was nice last year and I had some good moments.” With racing fans having much to look forward to, he’s unsure where rallycross is going in SA. “But I think the show is nice and if we make good communication, people will be interested in what we do. And it can be a good future for everyone,” he adds.

On if he reflects on his illustrious career before he goes to bed – his answer is simple, “No.” He’s too humble for that. Rather, he adds he wants to “be remembered as a nice person, first of all – that’s the main thing. I’m proud and happy for what I have achieved in my career, because when I see from where I started to where I achieved, it’s very nice. I’m very happy for that – I’m happy to have had the chance to live my life around my passion.” 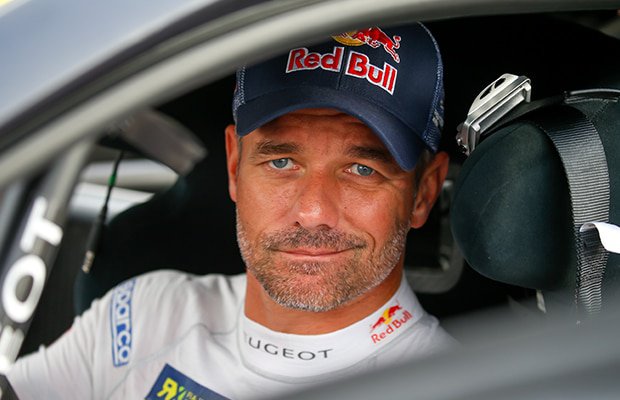 With Peugeot announcing their retirement from WRX, he admits it’s too early to know what he’ll do in the future. Our time’s come to a close with the champ, but we have one last question: What car does Sébastien Loeb drive when he’s home? he laughs, “Peugeot… But I always have a sports car – like a Lamborghini or Ferrari. I always like to have a nice sports car in the garage, at the moment it’s a Lamborghini Huracan Performante,” he says.

“I always change, I don’t keep a car. I have this one, maybe one day it will be a new Ferrari and I will sell this one and buy another one.” Our kind of role model, indeed.

Oops! We could not locate your form.